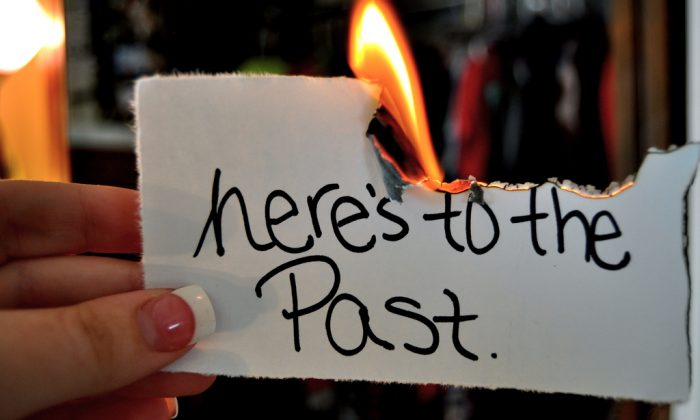 The Right to Be Forgotten Is Fundamental in the Digital Age

The current debate over the right to be forgotten, spurred by a European Union ruling that allows people to stop certain web pages from appearing in search results, is proof – if further proof was required – of the distinct form of public life that is being created by the internet.

Our digital identities are shaped by how, when and where we interact online with each action leaving a tiny but permanent digital footprint. The permanency of these footprints is so unlike the presence in public life imagined in 1789 in a central document of the French Revolution called the “Declaration of the Rights of Man and of the Citizen“. So different, in fact, as to almost contradict the 12th article which includes the declaration that “every citizen may, accordingly, speak, write, and print with freedom.”

For the 18th century citizen, making public statements were very conscious acts of composition and presentation. The view of the original authors of the declaration of rights was clearly that all recorded public statements were, and would remain, a precious commodity of high value. There was no reason to believe otherwise.

Much of the work of these earlier commentators and authors still persist into the present day, and can now be searched online. If their world is seen through those words, the relatively small collections of historical documents and statement would confirm Churchill’s more recent observation that “History is written by the victors”.

In contrast, with each citizens’ every online action now recorded and made searchable, we need to rethink the concept of privacy. For the permanency of our actions reverses the situation for 21st century citizens, where to be private now requires conscious acts of removal, rather than careful considerations of composition and public-speaking. Talk – or more appropriately digital chat – is cheap. Most content today is little more than passing casual conversation, but unlike 225 years ago it is now all recorded. In this sense, a suitable addendum to the Declaration of Rights for the digital age would state:

Every citizen has the right to remove their own words, images and videos from all digital records.

However, the debate does not neatly end there. This statement presumes that we continue to own our words, images and videos once we have placed them on one or other social media channels. Sadly, ownership does not always mean possession.

We cannot directly delete personal information, images or reporting from key search engines or archives with our own actions. This question of possession and ownership are key concepts in the debate around the right to be forgotten debate. It is the source of the difficulties in making this right a reality.

Deleting tweets is a relatively trivial act in comparison to the difficulty of unpicking a digital footprint from the independent private company datastores of Google, Facebook and the Internet Archive. The technical complexity of these systems makes things worse, because they constantly redistribute between their many thousands of servers. In cases such as Wikipedia, other services are also encouraged to take this data and share it still further afield.

This is when the 18th century declaration re-enters the current debate. In this historical period the emphasis on the importance of being part of a nation and the assertion of the independence of the nation-state were pivotal concepts that accompanied the declaration of citizen rights. The recent decision of the European Court of Justice (ECJ) effectively went beyond its remit to rule on the right to be forgotten.

The ECJ had to wrestle with the problem of a 21st century that is without boundaries and being built by our digital lives, while being tied to the earlier notion of jurisdiction defined as it is by primarily national boundaries. The data about us is increasingly defining us as citizens of companies. We are Mac or PC, Android or iPhone, Kindle or Nook. The 18th century presumption made by search and archive companies and social media channels is that we are all delighted in perpetuity to have all aspects of our digital footprint tweeted, liked or shared without permission. That presumption is, of course, preposterous, and laws must adapt to the new world.

Gordon Fletcher has previously received funding from the Technology Strategy Board. This article was originally published on The Conversation. Read the original article.