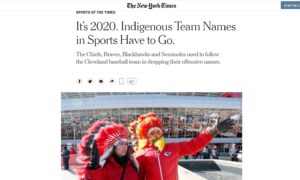 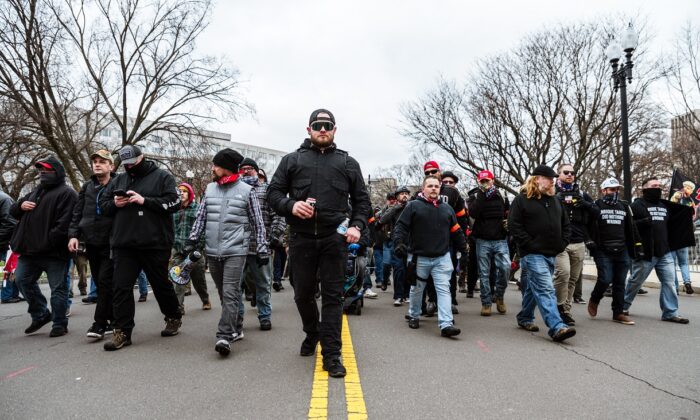 Opinion: After Crying ‘Wolf!’ for Four Years, Can the Media Be Believed Now?

After crying “Wolf!” for four years, can the media be believed now?

Let’s see. What’s in the news today? Anything interesting going on? Any “new” news to speak of?

Well, what do you know? It says right here (and here and here and here) that Trump’s a liar, Trump’s a traitor, Trump’s a hater, a racist, a tyrant, a villain of the first water, Trump’s dog-whistling to his fascist supporters, inciting seditious violence, undermining the Constitution and constitutional norms, subverting democracy with crazy conspiracy theories, deserving impeachment and so on, and so on.

I have often written before of the media’s lack of self-awareness, their utter imperviousness to irony about themselves, but even I find that I have some remaining reserves of surprise at their coverage of the rioting in the Capitol on Jan. 6.

Everywhere President Trump is either asserted or assumed to be entirely to blame for the behavior of his riotous supporters, and yet nowhere does anyone think to say anything like, oh, I don’t know, “I know we’ve been saying these horrible things about the President for months and, in many cases, for years, but this time, in view of what went on in the Capitol yesterday, we really mean it!”

It kind of makes you wonder if they do “really mean it.” Or if they ever have really meant it.

But in the American media of 2021, the world begins anew with every day’s paper. Nothing that happened yesterday, or last year, or four years ago is remembered unless it can provide some support for whatever it is they’re saying today.

We all know the story of the boy who cried, “Wolf!” I hope no one will think that I mean to deny the existence of a wolf or, possibly, wolves in the ultimate case if I venture to point out that the media have been crying wolf against the President for so long that they have no one to blame but themselves if there is no one who is not already of their opinion who believes them anymore.

Another thing the media might do well to remember, though nobody has so far as I am aware, has to do with that now-famous photograph taken in the Capitol last summer of Nancy Pelosi and several of her fellow congressional Democrats all draped in kente cloth and kneeling in homage to rioters in the name of “Black Lives Matter” in the District of Columbia.

“Go ahead,” they seemed to many of us at the time to be saying, “trash the little people in the capital and their little businesses and ruin their little lives—assuming they’re not already ruined by the COVID lockdown—but we congressional Democrats, we’re the good people, we’re on your side and so should be immune to your rage. In fact, we share it.”

Well, yesterday, a few of the little people for whom the ruling class have had nothing but contempt since Hillary Clinton called them “a basket of deplorables” appeared to be getting a little of their own back.

I hasten to add that it was very wrong of them. Of course it was. But anyone who shares their frustration, as millions do, at having their concerns dismissed by our Democrat and media overlords as being of no account could hardly help but feel just a tiny bit of what Jeremiah Wright expressed about the 9/11 terrorist attacks (echoing Malcolm X on the assassination of JFK), that it was a matter of “chickens coming home to roost.”

Now don’t get too excited! You may not know that that expression, which once provoked a little frisson of (I suspect) rather delicious horror even on the left, has now become sanitized—at least it has judging by the extent to which it has now become almost a cliché among the progressive-minded. Last summer even the city manager of Lynwood, California tweeted it out about the ambush shooting of two Los Angeles County sheriff’s deputies in their patrol car.

In October, when President Trump was hospitalized with COVID-19, John F. Harris of Politico wrote that, “When it comes to Trump personally, and his coronavirus, there is no reason to mince words: This is a vivid case of chickens coming home to roost.”

Back in 2015, a certain Bishop E.W. Jackson is said to have “addressed the riots in Baltimore following the death of Freddie Gray, saying that the violence represented President Obama and former Attorney General Eric Holder’s ‘chickens coming home to roost.’”

I myself would never condone such ungracious and unfeeling speech about the sufferings of another—though apparently the only person killed in yesterday’s [Wednesday’s] riot was a Trump supporter. By a police bullet. There’s some more irony for you.

But this doesn’t mean that I can’t appreciate the irony in seeing the kind of violence that so many Democratic politicians either condoned or turned a blind eye to being turned against themselves—as the Antifa rioters in Portland also turned on that city’s still tolerant mayor.

For the saddest thing about this riot, apart from the death of Air Force veteran Ashli Babbitt, is that it can be seen as a confirmation from the right of the message sent by the left-wing rioters of last summer—namely, that there is no more room in the political life of the nation for rational, good faith discussion and debate about our differences: only hate and hate’s natural issue, violence.

It seems to me that that is also what the Democrats and the media have been telling us for four years, and with increasing stridency since the election. Shut up, they explained.

That reminds me. There was one thing more in the media on the morning after the riot in the Capitol that was not new, and that the same media have been saying for weeks to me and to others who believe that a thorough, genuinely bi-partisan investigation of allegations of electoral fraud in November is essential if trust in our electoral system is not to be sacrificed on the altar of rabid partisanship.

It’s time for us to shut up.

Hello, wolf. This time they may be right.