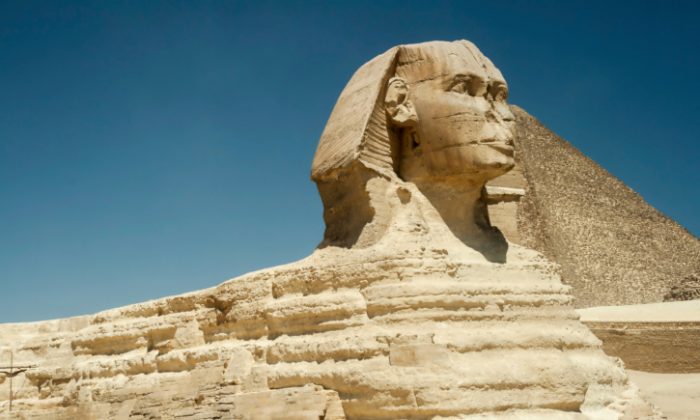 Some say the Great Sphinx of Egypt is thousands of years older than it is commonly held to be, a point of controversy that has rippled through the archaeological community for decades.

In the early 1990s, Boston University geologist Dr. Robert M. Schoch was the first to rock the boat, starting those ripples, when he announced that the Sphinx might date back to 5000 or 7000 B.C., predating dynastic Egyptian culture.

Egyptologists and historians commonly believe that the Sphinx was built during the reign of Pharaoh Khafre. Khafre, also known as Pharaoh Chephren, allegedly commissioned the construction in 2500 B.C.

However, the geologic evidence seems to point to more remote times. The Sphinx is carved from the bedrock at the site and the site consists of the Sphinx body structure as well as the bedrock walls of the enclosure surrounding it.

“I found heavy erosional features that I concluded could only have been caused by rainfall and water runoff,” Schoch continued. “The thing is, the Sphinx sits on the edge of the Sahara Desert and the region has been quite arid for the last 5000 years.”

Schoch was fortunate to have several nearby structures solidly dated to the Old Kingdom period of ancient Egyptian history to which he could compare the Sphinx. These structures had definite examples of wind and sand erosion which differs quite noticeably from water erosion.

He concluded that the Sphinx must date to a much older period. The Sphinx, he said, may date anywhere from 5000 to 9000 B.C., when the area yielded much more rainfall.

Furthermore, upon closer inspection, Schoch believes that Pharaoh Khafre had the Sphinx refurbished as it was incorporated into his funeral complex, at which time the Sphinx was already thousands of years old. The Sphinx may have received other alterations throughout the dynastic era of ancient Egypt.

“It is clear to me that the current head is not the original head. The original head would have become severely weathered and eroded. It was later re-carved during dynastic times, and in the re-carving it naturally became smaller,” Schoch said.

He suggested that in its original form, the Sphinx may not have been a sphinx at all, but may have been a lion.

Naturally, these findings shocked many scientists, historians, and Egyptologists who claimed there is no evidence for a civilization in Egypt that could have built the Sphinx so far back in time. Since the early 1990s, however, several other archaeological sites have been uncovered that predate known civilization. One such site is Göbekli Tepe in Turkey, which dates to approximately 9000 B.C.