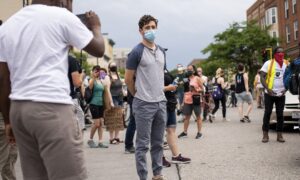 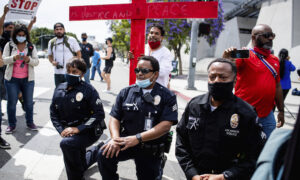 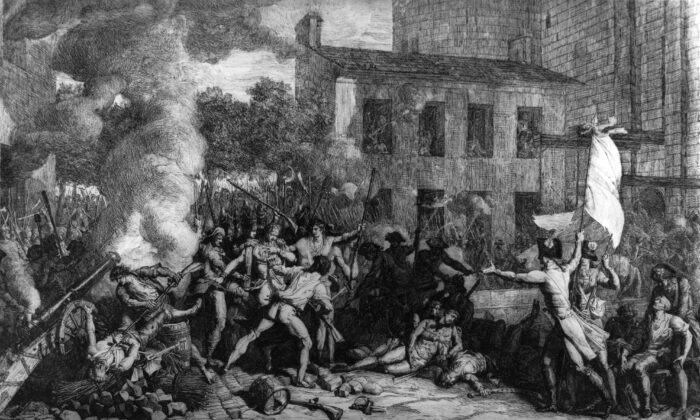 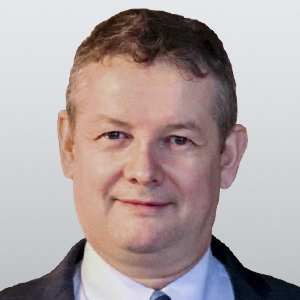 The revolution accelerates occasionally, inflicting on us war, disease, famine, and destruction, only to seemingly recoil and retract its merciless claws from Christian civilization. Then it simmers and bides its time. Sometimes it even goes into hibernation, reinventing itself into a variety of putative new forms. This is the case here and now, but it’s nothing new.

Since 1517, when Martin Luther pinned his 95 theses to the door of the Castle Church in Wittenberg, Christendom has been convulsed by revolution. Tragically, for two centuries Christians killed each other in the name of Christ. His followers rent themselves asunder, with the Church of Rome put on the defensive. Protestantism appeared triumphant. But then it mostly burned itself out. Revolution had to seek another vessel: Reason of the so-called Enlightenment.

In 1789 in France, the revolution belched anew. This time its face displayed an outright anti-Christian mask and it spoke the language of “science.” “Science” became god. God would soon be pronounced dead. All the same, Christians were martyred in the name of “Liberty, Fraternity, and Equality.” The revolution spread its evil all over Europe and beyond.

Even more calamities followed after the Bolshevik victory in Russia in 1917. Now martyrdom proceeded in the name of class struggle. Since World War II was Hitler’s war that Stalin won, the Soviet dictator expanded his power through revolution globally. Soon there was hardly a place where the communists or their allies were not in charge, or at least subverting nations in a bid to rule everywhere.

Whenever the revolutionaries met determined resistance, they returned underground and resorted to conspiratorial tactics. They banked on a creeping revolution. This was the case after 1968 in the United States. America’s elite was still largely patriotic and determined to thwart the leftist bid for power. They countered revolutionary violence with counterrevolutionary measures. They slapped the reds down.

Alas, the American radicals adapted to the new situation. Defeated in the field, they turned to Saul Alinsky and Antonio Gramsci. The former taught them community organization: How to persevere at the grassroots level, while keeping the flame lit. The latter instructed them about the long march through the institutions. The main targets were universities and government bureaucracies, in particular at the lowest level: city and county, especially social services.

At our institutions of higher learning, the takeover proceeded complements of the red professoriate, with the craven connivance of their liberal counterparts. However, college administrators facilitated the growth of leftist institutions, such as diversity offices and similar outfits, which reflected the intellectual preaching of the radical intellectuals who conceptualized them. Waves of indoctrinated, student debt-ridden, and increasingly unemployable graduates emerged into the world they were taught to hate. Howard Zinn was their gospel as far as hating America.

The Church also found herself under assault. There have always been disparate strains within the House of the Lord, including heretical ones. But until the Second Vatican Council, Peter’s Rock tended to hold out just fine. But revolution would not let it be. It attacked from within deliberately and surreptitiously. Often times it resorted to the agency of well-meaning useful Catholic idiots, manipulated by fully aware radicals as well as external subversives, including the Soviet KGB infiltrators.

If we can only change the Church to be in tune with the times, it’s going to save her, went the progressive tune. It’s plain to see that the opposite has taken place. The Temple is in a shambles; the faithful dwindle in numbers; the faith slackens in strength; and clerical corruption is on the rise. Hence, the crisis exacerbates the blows to the Body of Christ from the outside.

Let us take the sexual abuse phenomenon, allegedly of epidemic proportions, afflicting the Roman Catholic Church. Please note that the outside attacks are not really on pedophiles or homosexuals, they are invariably on the Church as an institution. It is not about ferreting out bad apples, who infiltrated the Roman communion in a dastardly and craven way to pursue their sexual urges, but on the Church itself. According to this revolutionary narrative, the scandals reflect the very nature of the Church, which is allegedly an evil, abusive, repressive, and reactionary institution. Deal away with it, and everyone will be free to frolic. Overthrow the Church!

So they burrowed under her patiently, fostering a popular culture conducive to the abuse of children. But then the revolution accelerated once again. In May this year an unarmed black man died in police custody in Minneapolis. The streets erupted in righteous anger. Black Lives Matter and Antifa led the charge. In places they were able to commandeer peaceful demonstrations and turn them into a revolution.

Some compare it to “color revolutions” fomented by the U.S. State Department and the CIA in the post-Soviet zone. According to this narrative, someone unleashed the pestilence on America. It’s even alleged that American leftist NGOs are behind this violent push. Yet, the techniques of such upheavals are universal and replicable under any circumstances by anyone. Thus, missing the primacy of the foreign agent, this is a patently false ideology unless we assume that the “deep state” turned its techniques on the American people by inciting some of us against others. This is truly too far-fetched to be plausible.

Admittedly, however, the revolution currently underway in the United States is domestically generated. That is not to deny that our enemies and others interfere. Russia, China, Iran, and others are definitely hard at work exacerbating the situation, mostly on the internet.

The question remains: Cui bono? One can see this wave of violence as a revolution from above by U.S.-located elites. Whatever support the revolution receives from abroad from China, Russia, Iran, and others, is most likely unsolicited by either the grassroots domestic revolutionaries or entrenched progressive elites operating via their NGOs and foundations. Thus, this is quite unlike 1968.

What do they want? The mobs do not want to overthrow the regnant counter-cultural, post-modernist system and its leaders. On the contrary, the mobs and their enablers want to smash the resistance to the dominant paradigm. By destroying anything that smacks of traditional America, they want to entrench the post-modernist regime that deals away with democracy, the Constitution, and the Republic for which it stands. Ultimately, they want to destroy the Church. The revolution requires an Armageddon to usher in a paradise on Earth of eternal justice and egalitarianism. As always, nihil novi sub sole (there is nothing new under the sun).

The situation is still precarious. Memo to the powers that be: repress the demonstrations calmly. Remember that most are well meaning, many of them useful idiots of the woke brigades. Focus discreetly on leaders. To neutralize them, create mobile special forces squads to preempt violence. Targeted takedowns should be the rule, and not chaotic dispersals.

Use psychological warfare (e.g., from spreading propaganda to banging shields), swaggering (e.g., show of force by helicopter overflights), non-lethal warfare tactics (e.g., tear gas, sonic weapons, channeling demonstrator traffic into easily controllable areas), and flexible law enforcement (release individually, rather than arrest; when detained, always make sure to confiscate the phones and other electronic devices; and have very brief communications with, including succinct commands to, the demonstrators; no discussions).

Create no martyrs. Work off camera. Thwart any momentum. Avoid employing regular troops; they tend to start fraternizing after a while. Do not deploy the National Guard; they tend to be unprofessional and may overreact. Be firm and calm and we shall overcome.

Oremus (let us pray). And it should be just fine. After all, it has been promised to us that the Gates of Hell shall not overcome the Kingdom of Heaven. That means that we shall win in the end. But until then, we must fight the good fight.

Marek Jan Chodakiewicz, Ph.D., is a Polish-American historian who teaches at The Institute of World Politics, where he holds the Kosciuszko Chair of Polish Studies and leads IWP’s Center for Intermarium Studies. He is also the author of “Intermarium: The Land Between the Black and Baltic Seas” and “On the Right and Left.”