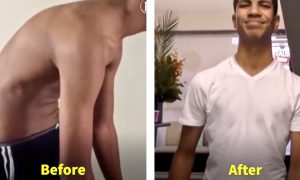 Several long forgotten vials of one of humanity’s deadly viruses were discovered in a FDA storage room in Maryland.

The Center for Disease Control and Prevention said the viles contained Variola, the most common form of smallpox, and likely date back to the 1950s.

CDC employees found them earlier this month at a FDA lab in Bathesda, Maryland while packing to move the lab to a new location.

They immediately isolated the vials in a containment lab, and called the CDC’s branch that handles toxic materials.

The viles have since been safely put away at a CDC laboratory in Atlanta.

The history of smallpox is pretty terrifying.

Fortunately, it was eradicated worldwide in 1980 by the World Health Organization, and there hasn’t been a single case reported in the U.S. since 1949.

But it doesn’t look like the CDC is taking any chances, especially because there’s ongoing fear that smallpox could be used as a bio-terrorist threat.

The Washington Post reports the CDC is working with the FBI to investigate how the viles the were even stored in a FDA facilities in the first place.

In fact, the virus can only be housed at two locations across the globe — a facility in Atlanta, and another spot at a research center in Russia, and both are closely monitored by the WHO.

NBC points out it’s the 2nd mistake from a Federal Agency laboratory in 2 months. In June, 80 employees at the CDC were exposed to live anthrax when safety procedures were not followed properly.

No evidence suggests anyone has been affected by smallpox, and the CDC is now testing whether the virus could spread. Results aren’t expected for a couple of weeks.