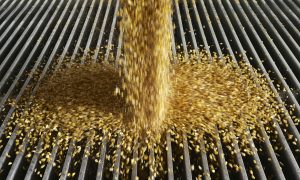 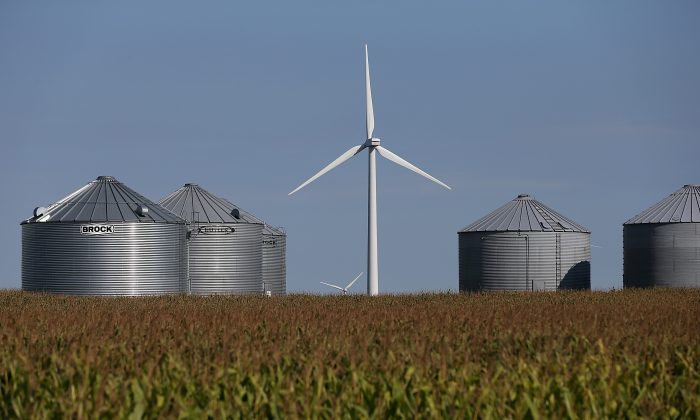 The mandate to use ethanol in gasoline makes groceries and gas more expensive while not delivering reductions in pollution or energy independence.
Opinion

The Renewable Fuel Standard: Can the ‘Tyranny of the Status Quo’ Be Broken?

Free market economist Milton Friedman explained how government subsidies are very hard to dislodge, once in place. With concentrated benefits and diffused costs, the status quo can become tyrannical in that a few winners have great incentive to continue their raid on millions of taxpayers.

In Iowa, presidential contender Ted Cruz recently made headlines by slamming the ethanol mandate. Politically, it was a gamble. Iowa isn’t just home to the first big presidential test—it’s a big corn-growing state. That combination has long made for toxic public policy, a tyranny of the status quo.

But Cruz was spot on. The federal Renewable Fuel Standard requires that some of the fuel Americans pump into their gas tanks come from renewable sources. In practice, that means corn-based ethanol. But the policy drives up food and gas prices and hurts the environment.

The RFS drives up consumer prices in two major areas. The first is food. Corn is an important ingredient in everything from livestock feed to sodas.

In 2000, before the ethanol mandate went into effect, more than 90 percent of this country’s corn fed people and livestock all over the world. Less than 5 percent was used for ethanol.

By 2013, thanks to the RFS, 40 percent of the U.S. corn crop was diverted to make ethanol, 45 percent fed livestock, and only the remaining 15 percent was set aside for food. Consumers end up paying more because of the decline in supply available for food use.

The second major impact of the RFS is prices at the pump. The reason for this is simple: Ethanol contains about one-third less energy than gas, which far outbalances its slightly lower per-gallon cost. When ethanol is blended into gas, therefore, a full tank doesn’t last as long.

One of the reasons Congress gave for passing the RFS was to reduce carbon dioxide emissions from fuel.

But it turns out ethanol may actually increase overall carbon dioxide emissions. In 2011, the National Research Council concluded, “Production and use of ethanol to displace gasoline is likely to increase air pollutants such as particulate matter, ozone, and sulfur oxides.”

For these reasons, many environmental groups, including the National Resources Defense Council and the Environmental Working Group, oppose ethanol.

Petroleum transportation fuels have outgrown the “market failure” charge of social costs exceeding private benefits. By 2017, smog-forming emissions from vehicles will have fallen by 99.4 percent since 1970.

As these emissions have fallen, air quality has improved. Since 1970, the aggregate emissions of the six most common pollutants—including carbon monoxide, lead, and sulfur dioxide—have dropped by more than two-thirds.

Ethanol is also supposed to reduce America’s reliance on foreign oil. But here, the fracking boom has been far more effective. From 2005 to 2014, biofuel production increased by 1,566 trillion BTUs, but oil production increased four-to-five times more. In the last decade, too, America’s net petroleum imports fell from 60 percent to 38 percent.

According to a report by NERA Economic Consulting, enforcing the RFS as written would cause a $770 billion hit to U.S. GDP.

It’s time for Congress to step up and take the lead in doing away with this ill-advised policy—and presidential aspirants, Republican and Democrat, should stand up to the tyranny of the status quo.

Robert L. Bradley Jr. is the founder and CEO of the Institute for Energy Research and author, most recently, of “Edison to Enron: Energy Markets and Political Strategies.” He blogs on MasterResource.org.