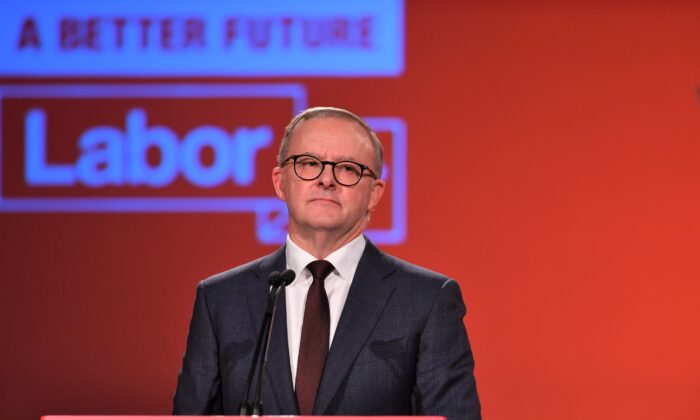 To say that the centre-right Liberal Party of Australia (blue is the party’s official colour) is in crisis is to make a pitch for understatement of the year.

However, it is true.

There are elections coming up in the two most populous states. The Liberals in Victoria face further electoral oblivion in November, and time may also be up for the Liberals in New South Wales (NSW) next year in March.

Once NSW flips to the centre-left Labor Party (whose official colour is red), the only Liberal government remaining in Australia will be in Tasmania. However, the Liberal government there, headed by Premier Jeremy Rockliff, is a Labor government in all but name. So, in reality, at present, the NSW government is the final Liberal frontier.

In the words of Shakespeare’s Hamlet, “Aye, there’s the rub!”

The Liberal Party has become one of the bench-warmers and factional apparatchiks who compromise on everything and believe in nothing. It is a principle-free zone.

This is why Malcolm Turnbull and Scott Morrison became prime ministers. Indeed, Turnbull actually tried to join the Labor party at the time of his failure in the Republican Referendum in 1999, but was eventually rebuffed by then opposition Labor leader Kim Beazley.

I have written previously in these pages about the sorry state of affairs of the Liberals in Victoria, where the state’s opposition leader Matthew Guy persists in trying to “out-left the Left.” This year has already seen the Liberal-National Coalition lose office federally and in South Australia, while last year in Western Australia the party lost so many seats it now has barely enough numbers to form a football team—they hold six out of 59 seats.

Read More
Can Victoria Extricate Itself From the Andrews’ Swamp?
Is This the Election the Liberals Had to Lose?
Classical Liberals and Conservatives Take Note: Lessons from the Australian 2022 Election

Now in NSW we see Matt Kean, whose blind faith in renewable energy sources has contributed partly to the current power crisis and who actively criticised candidates on his own side during the federal election, rise to become deputy leader of the Liberals in that state—he was already treasurer and energy minister.

A Poor Imitation of the Left

One of the main reasons the Labor-Green-Teal ascendancy at the last federal election was so strong is because the Liberals have forgotten about the forgotten people.

Instead, they spend their time concentrating on the nonsense that is focus group polling rather than presenting viable and true centre-right product differentiation with properly thought-through, realistic, and costed policies that appeal to everyday Australians, not the rich inner-city elites who now overwhelmingly vote left anyway.

Instead of choosing the poor imitation, voters will go for the real thing every time. To quote again from Shakespeare: “What’s in a name? That which we call a rose by any other name would smell just as sweet.”

If you stand for nothing, you lose. That is the message from this campaign.

If you betray your base, you lose.

If you follow the siren calls of focus group researchers, you lose.

Whether you like or loathe the Teals, the point is they fought from a position of conviction. They stood for something, and they won.

It is time for the Liberal Party to rediscover its conservative convictions and stop pandering to the woke, touchy-feely Left.

Liberal leaders and the party organisation need to heed that message and return the political party that best reflects the practical, common sense, centre-right values of the majority of Australians (lower taxes, more individual freedom and wealth, social conservatism). They should also rediscover the conviction to fight for them.

If not, the party will continue on its current road to oblivion.