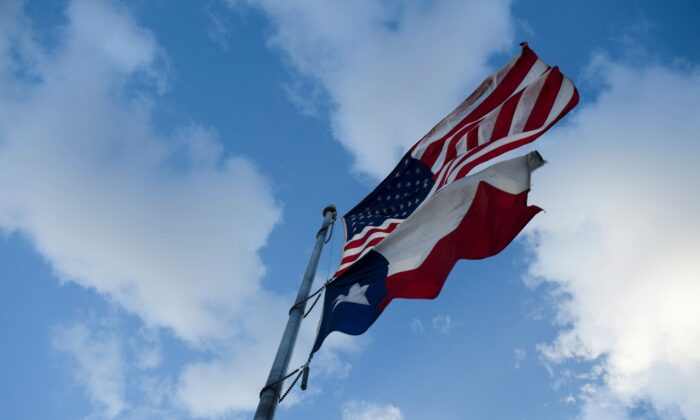 The Reason for ‘Right Flight’

I’m part of a larger movement that we could call “right flight,” the flight from left-leaning states to right-leaning ones.

Sure, I moved partly because I married a Texan, or perhaps I should say a Venezuelan who has spent her entire adult life in Texas. But she could have come my way to San Diego; instead, I chose to go her way to the Houston area. Many factors were involved, but let’s just say I don’t mind my state income tax rate going from around 10 percent to zero.

My film company is still based in California, at least for now, and we have two members of our small team who still live there. Interestingly, one is in the process of moving his family to Florida, and I just heard the other guy has been checking out real estate in the Southwest. He says he’s “just looking,” but just looking is often the gateway to relocating. I predict he’ll be calling a moving company soon.

Now, one explanation of what’s going on is that Americans are self-segregating as part of a great divide that has opened up between Republicans and Democrats, conservatives and liberals. I’m tempted to say that we’re moving toward the sort of ideological chasm that defined the period leading up to the Civil War. But then I realize that, in many respects, America today is more divided than it was in 1860.

In 1860, only one issue divided America: the issue of slavery. This is a point made by Abraham Lincoln on the eve of the Civil War, writing to his former Whig colleague Alexander Stephens, who became the vice president of the Confederacy. Essentially, Lincoln said that the secessionists believed slavery to be right, and wanted to see it expand, while the unionists believed slavery to be wrong, and wanted to see it contract. But this, Lincoln emphasized, was the only major difference between the two camps.

Today, by contrast, there’s so much that divides conservative Republicans from left-wing Democrats that it’s hard to think of a single issue that they agree on. In addition, the two sides don’t even like each other very much. Each seeks to demonize the other, to get away from the other. Moreover, Democrats seem unwilling to live and let live; they seem intent on forcing their values on the rest of the country, through ideological indoctrination in schools, through imposed federal mandates, and through censorship enforced across digital platforms.

This process of ideological separation—let’s call it a secession within America—has been occurring for a couple of decades now. Initially, people sorted themselves within states, and so there were “red” pockets such as Orange County and the Central Valley in blue California, just as there are “blue” pockets such as Austin and the Rio Grande Valley in red Texas.

But now people are actually leaving blue America to relocate to red America. Since this is a one-way trend—we don’t see Texans rushing to California, or Floridians heading up to New York—it can’t be interpreted simply as a process of ideological self-segregation. Something more must be going on, and that something seems to be that the red states are more appealing places to live than the blue states.

It’s sometimes said that “immigration is a form of flattery.” This applies, of course, to people coming to America. There must be something more attractive about America than their home countries. But the same principle applies to people who move from one place to another within America. There must be something more attractive to them about their new destinations than the places they’re leaving.

Consider Texas and California, which, at first glance, are quite similar in a number of respects. Both are large states in terms of physical size and population. Both have substantial Hispanic populations. Historically, both were independent republics, even if for a brief time. Both were relatively unaffected by the Civil War, even though Texas, unlike California, was part of the Confederacy. Today, both have large industries such as agriculture, energy, biotech, and high tech.

What differentiates the two states is just two things. California is a much more beautiful state and has, on the whole, much better weather. This should give California a natural advantage over Texas. Call it the sunshine plus. Texas, however, has conservative policies in both the economic and cultural realms. This seems to overcome the California advantage, since the movement is from California to Texas and not so much the other way.

Earlier, I mentioned state income taxes: Texas has none. Texas also has cheaper land values, so you can get more for your money when you buy a house. Everything from groceries to gas is markedly cheaper in Texas, which means the family paycheck goes further. Texas is also a better-run state, which you can test by going to a DMV in California versus one in Texas. In California, you have to take the day off work because you could be there for hours; in Texas, you’re usually out with whatever you needed to get done within 30 minutes.

In La Jolla, California, I had a view of the ocean that I can’t replicate in Texas. But in Texas, I have a nice little mansion with a pool and waterfall in the backyard that reminds me of Hawaii. I don’t really miss the Pacific Ocean.

And it’s not just the economic benefits. Texans still have the spirit of the Alamo, the spirit of freedom, which gives daily life itself a more charged, vibrant quality.

But increasingly, people living in blue America see their American dream passing away, and so they flee to red America, where they can live better and once again dream big dreams for themselves and their children.