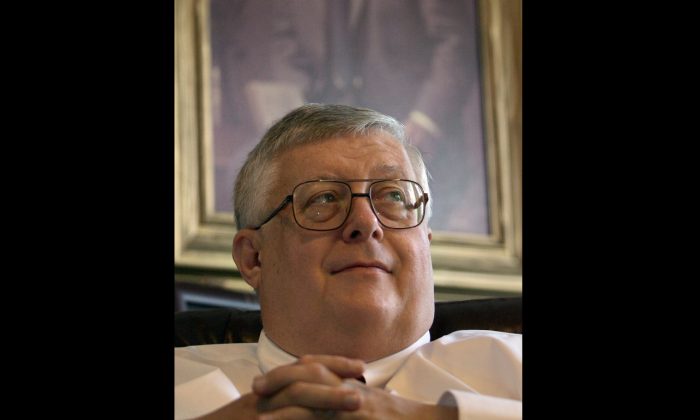 Interview: The Real Reason for the Fed’s Taper

An interview with John Williams, publisher of ShadowStats
By Valentin Schmid

A: What the Fed has been doing with its QE all along has been addressing the liquidity problem of the banking system. The Federal Reserve is a U.S. central bank, but it’s not controlled by the government. It’s a separate legal entity. It’s a corporation owned by the banking system.

Q: So the Fed is really there to support the banking system?

A: That’s how it was set up. The Fed’s primary function—and accordingly Ben Bernanke’s function as chairman of the board—is to keep the banking system solvent and to keep it functioning. He keeps on talking about the federal mandate that we have to keep the economy growing along at a sustainable rate of growth and that we have to contain inflation. While these are fine goals these are not the Fed’s primary functions.

A: If you listen to Bernanke’s news conferences, he admits that there is very little the Fed can do to stimulate the economy. But he talks about the economy, he talks about economic targets. He knows there is nothing he can do to bring the economy in line, but he is using the political cover of the weak economy to get away with his QE programs.

If he went to the public and said, “Look we have to put all the liquidity in the system to keep the banking system afloat,” that would probably create a political furor in the United States at this particular point in time. So rather than saying that’s why he is doing what he is doing, he says we are doing this to boost the economy and we will continue doing it until the unemployment rate comes down. That’s nonsense.

Q: So what about the taper talk of scaling back bond purchases?

A: He does not want to stop QE. All this talk about tapering is political. A big part of the Fed’s program is preventing deflation by debasing the currency. He mentioned the policy tools in a speech in 2002. The first tool is jawboning. That’s what the taper is all about. There are critics saying we are going to have an inflation problem here. Then the chorus gets stronger and stronger and the Fed says: “We are going to look at some tapering here and we’ll back off really easy, assuming that the economy is strong enough.” There is a caveat there. They manipulate how the markets view it.

Q: It seems the jawboning is quite successful.

A: They shocked the markets; they don’t want to stop QE. We are going to see greater easing ahead, not less. The tapering is just jawboning and political positioning against critics; it’s not something that I believe Ben Bernanke is seriously looking to do now.

Q: Will we see more of this strategy?

A: You got people on both sides here trying to make money of the tapering speculation. You get comments from one Fed person one day and one person the next day. They do this deliberately to keep the markets off balance and the markets jump all over the place on that stuff.

John Williams’s Shadow Government Statistics is an electronic newsletter service that exposes and analyzes flaws in current U.S. government economic data and reporting, as well as in certain private sector numbers, and provides an assessment of underlying economic and financial conditions.