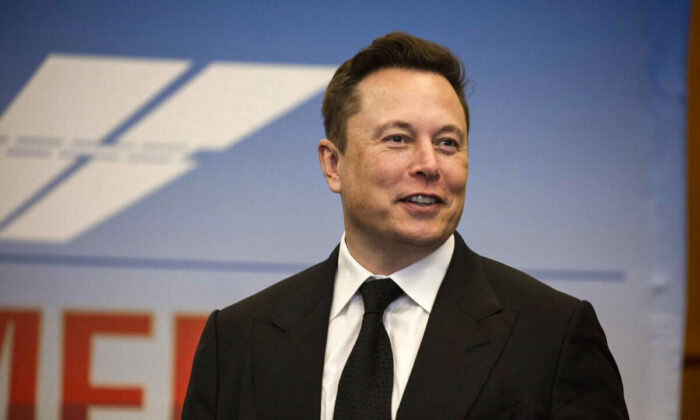 Elon Musk, founder and CEO of SpaceX, participates in a press conference at the Kennedy Space Center in Cape Canaveral, Fla., on May 27, 2020. (Saul Martinez/Getty Images)
Southern California

Elon Musk will be saving a lot of money leaving California.

According to Bloomberg on Nov. 29, “Elon Musk’s California Exit Can Save Him $2 Billion in Taxes.” Subhead: “The billionaire’s sale of multiple homes was a crucial step in fleeing the high-tax state.” Doing so will “enable the Tesla co-founder to declare he’s no longer a resident of a state that’s home to the nation’s highest income taxes on the wealthy.” The top rate, which he pays, is 13.3 percent just for the state.

That’s a lot of money to be saved. Except he’s worth $282 billion as I write. So he’ll save less than 1 percent of his net worth. Not a great reason to leave the balmy climate of Silicon Valley for the heat and humidity of Austin, Texas.

Although he hasn’t announced it, the real reason he’s leaving likely is because the top engineering talent he needs for his companies has been relocating to Texas from California. An engineer making, say, $1 million a year doubles or triples his quality of life—climate aside—by moving to a low-tax state such as Texas, Florida, or Tennessee. No wonder they have been moving out of the Golden State to the Lone Star State and other states.

That’s why other high-tech companies are moving out. Entrepreneur magazine reported in July: “With big names like Oracle, Palantir, and Hewlett Packard Enterprise leaving Silicon Valley for good, California’s status as America’s tech hub could be coming into question. The shift to remote work created a wealth of new possibilities; tech professionals are taking advantage of the new standard of flexible work by relocating to more affordable areas.”

Tech Behemoth said Oracle moved to Austin because “a large talent pool that is constantly growing and willing to work remotely means a favorable environment for Oracle.”

Then there’s education. The national high school graduation rate was 88 percent in 2019, according to an April 2021 survey by U.S. News & World Report. For Texas, it was 93 percent. But for California, it was just 85 percent.

Texas also enjoyed 290 high schools with 100 percent graduation rates, compared to just 63 for California. Yet Texas’s population is three-quarters that of California’s.

These are the math kids who will grow up to be engineers, mathematicians, scientists, and accountants.

California public schools also now will be wasting precious hours on the new, semester-long ethnic studies program. Apart from the controversial nature of the curriculum The Epoch Times has been covering, those are hours that could have been spent learning math, science, language, and other subjects vital to the competitive future.

Another aspect is parents tend to encourage their children to take up similar vocations. Steve Wozniak was the genius engineer behind the Apple I and Apple II computers. His father worked as an engineer on top-secret Defense Department projects—a real rocket scientist. Bill Gates’s father was a wealthy lawyer in Seattle who encouraged his son’s interest in computers at a private school that had one of the first computers for students.

Engineers moving to Texas means more children of engineers will grow up there, and be more likely to stay and work there.

That’s not as bad as it seems. While high school usually depends on where your parents locate, top talent can go anywhere to college, often on generous scholarships. After graduation, they also can go anywhere.

Add it all up and taxes come out less important than the other anti-competitive aspects of living in California. It’s not all negative. But businesses operate “on the margin.” They’re always competing and need the best workers to keep them on top.

Musk and the other tech executives are just following the talent southwest to Texas.