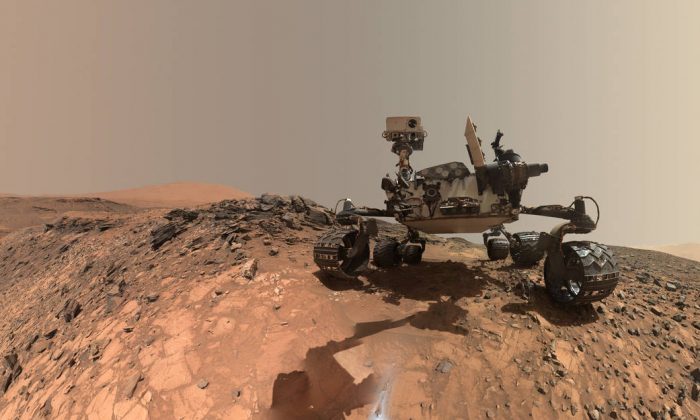 The Real Martian: Can We Afford a Trip to the Red Planet?

The date of the events in “The Martian,” the fall blockbuster starring Matt Damon as an astronaut stranded on Mars, isn’t explicitly revealed in the film itself, but the author of the novel the movie is based on said that the initial launch of the mission to Mars takes place on July 7, 2035, for reasons involving the orbit pathways of the two planets.

The 2030s is a common estimate for when mankind will take its first steps on the red planet. Top NASA officials have set 2039 as the provisional date for the first Mars landing, and Elon Musk, founder of SpaceX, said that his company could offer $500,000 tickets to Mars as early as 2025.

But the road to landing a shuttle on Mars is far from straightforward, and a cursory glance at the details of such an undertaking can be daunting.

The perennial obstacle is funding: Congress repeatedly cut NASA’s budget during and after the Great Recession, and the space agency will receive only $18.5 billion in funding for 2016—just $100 million more than what it was allotted in 2011.

NASA chief Charles Bolden has frequently complained about the paucity of financial support the agency has received, and wrote an open letter to Congress in August expressing frustration at spending $490 million on Russian rockets to send American astronauts into space, all because NASA couldn’t afford to build its own infrastructure.

“It’s as if we keep ordering expensive takeout because we haven’t yet set up our own kitchen—only, in this case, the takeout meals are costing us hundreds of millions of dollars,” Bolden wrote in Wired.

If NASA can’t keep apace on the launch of the Orion, it’s difficult to see how it could meet its own deadlines for putting a man on Mars.

This week, NASA announced that the maiden launch of the Orion shuttle, long feted as the spacecraft that could be the first to take humans to Mars, would be pushed to a later date, from August 2021 to April 2023. House Science Committee chair Lamar Smith (R-TX) immediately issued a statement blaming the delay of the project, which will cost the agency between $8.5 and $10.3 billion, on scarcity of funds.

If NASA can’t keep apace on the launch of the Orion, it’s difficult to see how it could meet its own deadlines for putting a man on Mars, which would involve a whole fleet of support crafts and cargo in addition to the Orion itself, with a price tag an order of magnitude higher or more.

It takes around 9 months for the most advanced spacecrafts today to travel from Earth to Mars, and during that time the astronauts will need food, water, and exercise equipment (zero gravity means that your muscles will shrivel up in outer space unless you get hours of exercise everyday, which astronauts on the International Space Station do), and that’s not mentioning the myriad of tools the astronauts need to survive on Mars itself before the return trip. You can’t fly back to Earth at whim because the orbits of the two planets have to align for a workable trip.

“The true size of a vehicle capable of transporting a crew to Mars and safely return them would be about a million pounds or in other words about the size of the ISS.
— Jonathan Miller, NASA engineer

“The true size of a vehicle capable of transporting a crew to Mars and safely return them would be about a million pounds or in other words about the size of the ISS. Given that it took over a decade to build and dozens of shuttle launches and hundreds of EVAs its unlikely we are going to build another such vehicle any time soon,” Jonathan Miller, an engineer at NASA’s Johnson Space Center, wrote on Quora (representing his own views).

The exact cost of the ISS is hard to pinpoint because the station was built by different nations over many years, but NASA says that the United States alone has poured at least $85 billion into the project, and conservative estimates put the cost above $100 billion.

Even if Congress mustered the political will to quadruple NASA’s annual budget, a number of the tools depicted in the film—a habitable base, oxygen generator, large ion-thrust engines, and a Mars Ascent Vehicle—are still being developed or remain theoretical, and perfecting that technology will be costly.

O. Glenn Smith, former manager of shuttle systems engineering at the Johnson Space Center, put the cost of a single mission to Mars at $230 billion earlier this year in an editorial for Space News, and at $1.5 trillion for 9 missions, the same number of crews NASA attempted to send to the moon (six made it).

It’s unlikely NASA will ever get that money. In a 2012 General Social Survey, only 20 percent of Americans supported more space funding; 40 percent thought that funding was adequate, and 30 percent wanted to lower it.