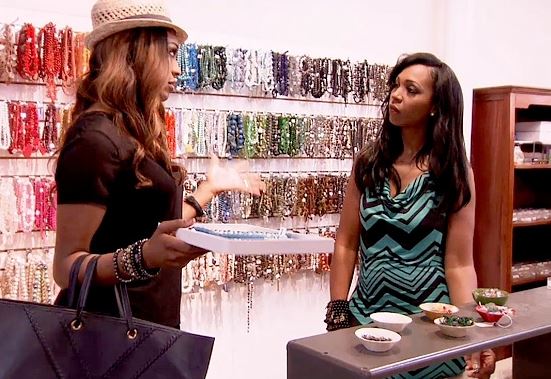 The Real Housewives of Atlanta Season 6 Airs on Sunday (+Preview)

The Real Housewives of Atlanta season 6 returns on January 12 with “Crunk in the Trunk,” episode 11.

The episode at 8 p.m. ET starts with Phaedra downloading Kandi on her trip to Athens.

Kenya receives a long overdue but stressful visit from her Dad.

Meanwhile, Cynthia and Peter begin to mend their relationship after their big blow up, while Porsha’s divorce from Kordell marches on after the two meet with their lawyers to hash out a possible settlement.

Kandi receives shocking news from Todd about the musical, and Nene makes a decision about whether or not to partake in it.

The ladies come together for Cynthia’s sister, Malorie’s jewelry trunk show, but tensions flare between Kenya and Malorie, according to the episode description. Nene is hit with unexpected news and emotions reach a boiling point when one of the ladies makes a dramatic exit.