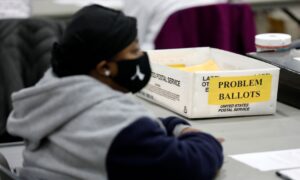 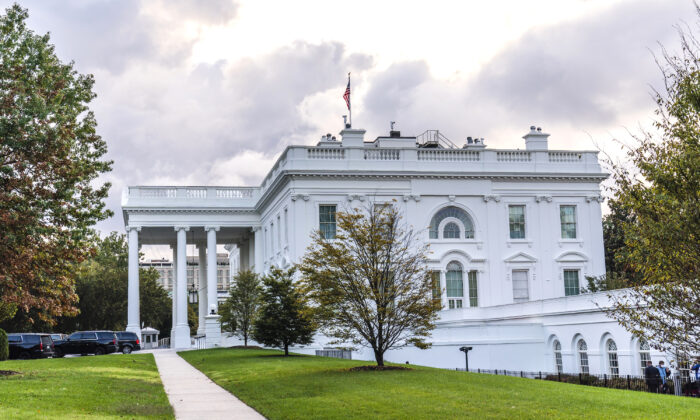 Many are concerned about the outcome of the election for good reasons. Whoever leads the country stands to impact the economy, the Supreme Court, the coronavirus response, law and order, freedom of speech—you name it.

But there’s something else at stake: corruption inside our intelligence agencies, the Department of Justice, and FBI that has yet to be addressed. Accountability couldn’t ultimately be found under the Trump administration and, I believe would be as difficult, if not more so, under a Biden administration.

Think of it. We now know with no doubt that in 2016, bad actors inside our government colluded with political operatives in the Democratic Party to try to sabotage Donald Trump before and after he was elected. Even Trump’s enemies who took part in the special counsel Robert Mueller probe had to conclude there was no “Trump–Russia collusion” as had been falsely claimed by operatives and the media for several years; and, further, that no American colluded with Russia.

Yet another election has occurred with nobody having been held accountable for what has to be seen by neutral observers as one of the biggest offenses of our time. Four years after multiple alleged crimes were committed, all who are in a position to do something about it to avoid further subterfuge simply stalled and delayed. Then, they claimed to be convinced that it was too close to the election to take action.

They miss the point—perhaps intentionally. Election interference by government officials and the attempt to improperly affect the political system was something that was crucial to address before the 2020 election, in order to take the first steps to avoid further interference. It was one emergency that shouldn’t have been put off.

Today, even some people involved in the improper conduct, as named by the Obama-appointed inspector general almost a year ago, remain on the job. They are still drawing a public salary and affecting public policy and decisions in the agencies. There was never any meaningful action taken against those who perpetrated illegal leaks. The Department of Justice took a pass on the IG’s criminal referral of former FBI Director James Comey for mishandling classified anti-Trump information.

Only when embarrassed and pressed by the IG report did the Foreign Intelligence Surveillance Court conduct a review of a sampling of other FBI wiretaps to see if the misconduct extended to other cases. They found lapses in every single wiretap they reviewed; yet no announcements have been made to hold the guilty federal agents responsible or notify Americans who were improperly spied upon. There’s been no word as to whether those who were targeted based on faulty wiretaps have been notified.

Have the records of these Americans that the intel community collected under the faulty wiretap applications been destroyed or turned over to the violated citizens?

Former Trump campaign associate Carter Page, who was spied on improperly, hasn’t received so much as an apology for the destruction of his reputation, and no government official who took part has been held accountable for invading his privacy. Nobody was held accountable after repeat destruction of evidence on FBI mobile phones. Multiple criminal referrals made to the Department of Justice seem to have been ignored; no action has been announced even on the Christopher Steele referral from senators, now several years old.

Nobody ever expressed any desire to get to the bottom of the improper unmaskings of U.S. citizens, even when one of the Obama officials claimed that somebody else requested many of the unmaskings made in her name. That alone would be one of the easiest and most important documented violations to track down, if one wanted to do.

I could go on.

It’s not a matter of Democrats alone responsible for inaction or alleged coverups. Even many Republicans provide excuses such as, “All we can do is shed light on what happened, we don’t have authority to prosecute” or “Well, we have to see if any laws were violated.”

They’re looking too small. The mission at hand wasn’t to see what technical laws were violated, such as the FBI lawyer who admitted to doctoring a document. That’s small potatoes compared to what we know happened and what’s at stake if nobody is held accountable. We have evidence in hand of widespread misconduct, fraud, and attempts to undermine the United States and its leader—not committed by foreign adversaries but by Americans who work inside our own government and collect taxpayer money.

What’s left in the wake?

Suspicion and mistrust in our institutions: the intelligence community, the FBI, the Department of Justice, Congress (which has failed to address long-standing surveillance abuses among the agencies in any meaningful sense). That lack of confidence then extends to the courts, our election system, and other facets of our government, not to mention the news media (which has provided largely one-sided coverage of these issues), and social media and the internet (which has plainly put their thumbs on the scales, deploying censorship to try to achieve political and corporate goals).

Whatever the ultimate outcome, we are left after the 2020 election with a crisis in confidence in the institutions we rely on to keep the nation going in the manner in which it was designed—and no apparent will on either side to try to fix it.

Sharyl Attkisson is The New York Times bestselling author of the upcoming book “Slanted,” a five-time Emmy Award winner, and the host of Sinclair’s national investigative television program “Full Measure with Sharyl Attkisson.” She is a recipient of the Edward R. Murrow Award for investigative reporting and has reported nationally for CBS News, PBS, and CNN.