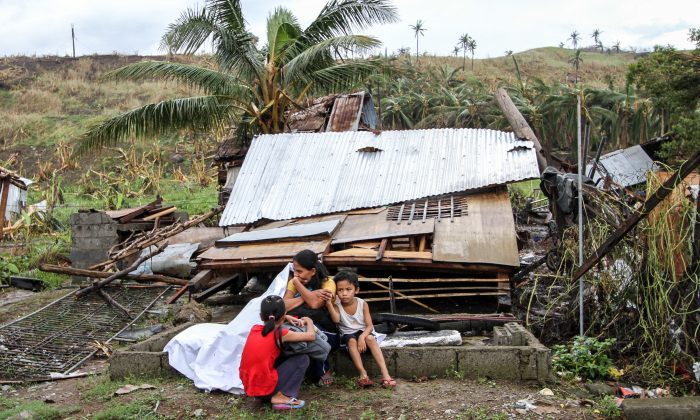 The “Real Aftermath” of Typhoon Haiyan/Yolanda

PHILIPPINES — Back in 1995, Typhoon Rosing’s destructive nature, caused power outages all over the Philippines which lasted almost two months or so. Fast forward — I moved to New York and experienced the wrath of Hurricane Sandy. The damages were devastating, and I thought I would never see anything like it again. Imagine the shock and horror I felt when I heard about Typhoon Haiyan/Yolanda.

CNN Anchor Anderson Cooper reported live the terrible situation of the Filipino people in Tacloban city. In his live report, he mentioned the government’s shortcomings to make them aware of what should be done to help the victims. Instead of receiving compliments, ABS-CBN’s broadcast journalist, Korina Sanchez (wife of Senator Mar Roxas), bashed him and mentioned a “blind item” in her radio show pertaining to Anderson Cooper. She said that a reporter from CNN doesn’t know what he is taking about — she even mentioned that he is blond. What a shame! They care about how they look to the public, but they don’t really care as much about the victims’ unfortunate mishaps.

A few weeks ago, photos of relief goods with stickers of Vice President Jejomar Binay’s logo circulated on facebook. These photos were submitted to CNN iReport and people have been sharing it to most social media sites. I was horrified and speechless. I don’t understand why politicians have to do these preposterous things. Binay’s spokesman, Joey Salgado, defended the vice president and mentioned that the circulated photos were “recycled” from a different event. He pointed out that the stickers was donated by Engineer Nelson Golez from Iloilo. I’m not sure if I believe it, but I am giving him the benefit of the doubt. In the midst of calamities, some take advantage and use it as an excuse to put themselves in the spotlight. Haiyan/Yolanda, being the most powerful cyclone, received a lot of media attention. That being said, the exposure is slowly uncovering some of the wretched ways of the Philippine Government.  The leaders are being criticized greatly, not just by the Filipino people, but everyone else worldwide.

My heart is aching for the victims’ loss, but, my heart is aching more because I feel that the Philippine government hasn’t fully extended their helping hand to the victims of Haiyan/Yolanda. It is not my intention to point fingers, but I would like the government to know and acknowledge, that in times like this, the Filipino people need them the most. Haiyan/Yolanda’s aftermath is devastating, but the devastation is heightened due to the lack of government support. My husband and I donated money through UNICEF and Red Cross with the hope that my efforts would reach my distant relatives and all other victims, I hope you do too.