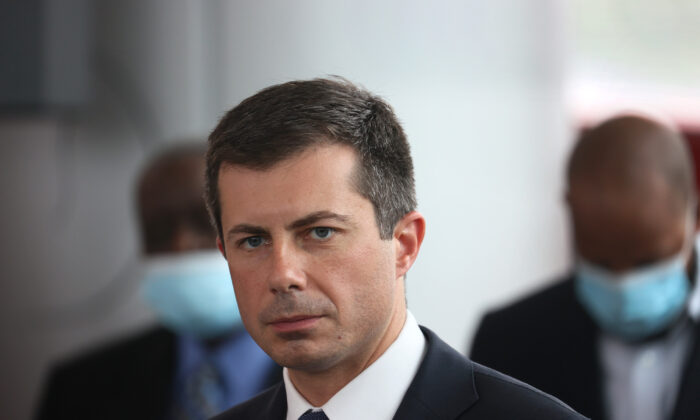 The Rarity of Twin Adoption Versus the Reality of Surrogacy

As former U.S. presidential candidate Pete Buttigieg and his husband Chasten Glezman Buttigieg released a photo of themselves holding their new twins, Penelope Rose and Joseph August Buttigieg, social media lit up with comments and speculations about how and where their babies came from.

There was a lot of righteous indignation like, “Why are they sitting in a hospital bed?”, as if to suggest they must recover from giving birth. Any woman who has had one baby, let alone twins, knows how difficult labor and delivery can be!

Many were upset asking, “Where is the mother?” and “Why is she erased from this cute new family with their babies’ picture?”

And of course, many, myself included, wanted to know whether this was a paid gestational surrogacy contract pregnancy or an adoption?

So far, the Buttigiegs have been tight lipped about where and how they got their babies. Chasten alluded to trying to adopt for more than a year now, making reference to their struggles and failed attempts to adopt as a way to grow their family.

My money is on a surrogacy contract, and I’ll be happy to retract my position when evidence to the contrary is produced. As Pete Buttigieg is the Secretary of the Department of Transportation, a Biden appointment, I did reach out to the Department’s press office to inquire about the twins who may have been born via surrogacy.

So, why do I think these babies are a product of a surrogacy arrangement? First, as an ex-pediatric critical care nurse, I’m familiar with the data on twin births.

Turning to an adoption law website we learn that in fact a “very small percent of children waiting for adoption are twins.” And parents wanting to adopt twins can expect a very long wait time.

Based on Chasten going on record about trying to adopt and only having their efforts fail, to them now joyfully posing in a photo holding their twins, it is not a big leap to conclude these babies were born via surrogacy.

He recounts receiving a phone call that a baby had been born and that the birth mother wanted to surrender her child to them in a legal adoption. This phone call caused them to rush to get prepared for the arrival of the baby, only to have their hopes dashed when the birth mother changed her mind.

It’s near impossible for a surrogate mother to change her mind as she’s contractually bound to hand over the babies upon birth and has very few, if any, rights to keep the baby she carried for nine months. Pre-birth orders have been legally established in many states to prevent this from happening.

If this is, in fact, the case, I have a lot more questions. First, “Who is the egg donor?” as gestational surrogacy implies the birth mother has not contributed her genetics, she’s just the rented womb. Who is listed as the mother on these babies’ birth certificates, or have both women been erased by legal contract, only listing Pete and Chasten as the fathers?

Was the surrogate pregnancy a high-risk pregnancy as we know surrogacy is already a riskier pregnancy than a spontaneously conceived one, and having a twin pregnancy confers even more risk to mother and babies?

Were the babies delivered by cesarean section, which is often the case in twin surrogate births? As far as the egg donor, who more likely than not was paid and not truly a donor, how is her health and fertility after the known risks of egg “donation”?

Finally, did they both provide sperm in order to each have a biological connection with the twins? This practice is common amongst gay couples who use surrogacy as it provides them each with a “child of their own.”

One couple describes it this way, “our ideal was to have twin boys, with each of us fathering one boy.”

This practice not only demonstrates the commodification of women’s reproductive bodies, but also the “designer baby” aspect of commercial contract pregnancies. I wonder, did Pete and Chasten use pre-implantation genetic screening on their embryos too, for sex-selection, in order to get a boy and a girl?

From where I sit, it appears two women have been bought, purchased, and commodified for the wealthy Buttigiegs to “build their family” by design, through modern technology.