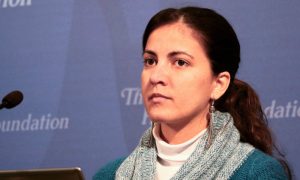 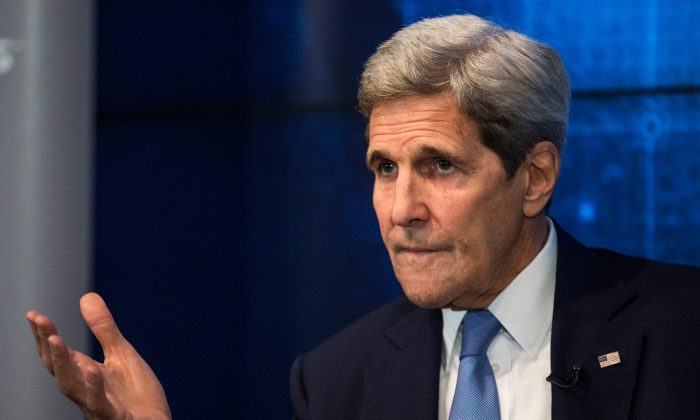 There is a strong likelihood that when Secretary John Kerry raises the American flag in Havana this Friday, he will meet with Gen. Raúl Castro or other Cuban government officials who continue to support the FARC, a Colombian terrorist group.

Neither Kerry nor President Obama want to ask embarrassing questions.

The unwillingness of the administration to ask questions can only be explained as an effort to maintain deniability.

The Washington Post recently called attention to Obama’s efforts not to raise significant issues that could derail the legacy he seeks by his approach to Castro’s regime, “Tricky negotiations in the wake of the Cuba thaw.” The Post said, “As the Obama administration has pursued normalization with Cuba, it has been drawn into lower-profile but thorny dialogues with two of Havana’s long-standing clients: the Venezuelan government of Nicolás Maduro and Colombia’s Revolutionary Armed Forces (FARC).”

The infamous relationship between the FARC and Castro’s regime is nothing new and we’re not talking about ancient history.

At a congressional hearing on June 24, U.S. Rep. Ileana Ros-Lehtinen (R-Fla.) asked Special Envoy Bernard Aronson—who had just returned from Cuba—about a Cuba-bound Chinese ship loaded with weapons that was intercepted by the Colombian navy.

The ship was scheduled to dock in two Colombian ports: Cartagena and Barranquilla, and the weapons manufactured in China were of the same type used by the Colombian terrorists.

The weapons were purchased by Castro, but in a telling detail they were shipped under tons of cereal.

The weapons were purchased by Castro, but in a telling detail they were shipped under tons of cereal.

The issue of the smuggling operation is a matter of no interest to Obama, because if, as it is likely, the weapons were meant to increase terrorist violence in Colombia, the administration’s decision to remove Cuba from the list of countries that support terrorism would have been impossible to defend.

Thus the unwillingness of the administration to ask questions can only be explained as an effort to maintain deniability.

The president, the administration, Kerry, and the Central Intelligence Agency (CIA) simply did not know and do not wish to know.

The president, the administration, Kerry, and the CIA simply did not know and do not wish to know.

We are not talking about a few pistols and hand grenades.

The amount of deadly cargo included the following: 100 tons of gunpowder, 2.6 million detonators for bullets, 99 “projectiles” (rocket-propelled grenades, to venture a guess) and 3,000 artillery shells.

Aronson could not have been more disingenuous. He said: “I don’t engage with the Cuban authorities on a bilateral issue. I only talked to them once while I was down there on the progress of the peace talks.”

To this day, the administration has shown a vexing disinterest in the Chinese ship and Havana’s smuggling of weapons.

The administration has shown a vexing disinterest in the Chinese ship and Havana’s smuggling of weapons.

Isn’t it troublesome for Castro to be bringing into Cuba or Colombia such a huge amount of war materiel, at a time when the president was and remains very much accommodating to the Castro dynasty?

If the Obama administration asked the Colombian government to permit American officials to interview the crew of the Da Dan Xia, neither the American people nor the Congress has been told.

The episode is not the first time that the Cuban regime has been caught red-handed smuggling weapons.

In July 2013, again while the administration was extending a hand of friendship to Havana, Panama intercepted a North Korean ship coming from Cuba attempting to cross the Panama Canal loaded with war planes, missiles, and other weapons in violation of United Nations sanctions.

The administration, when asked, said that the shipment “did not rise to a sufficient level” to be of significant concern.

Kerry will be in Havana on Friday, Aug. 14 to raise the American flag.

There are rumors that the secretary is considering visiting Fidel Castro to congratulate the Cuban leader on his birthday.

But the secretary of state does deal with bilateral issues, if he wants to.

Will Kerry ask Gen. Raúl Castro one or two simple questions: Were those weapons intended for the FARC in Colombia?

And if not, since Cuba has a legitimate right to purchase weapons, why were they being smuggled?

The American people and the U.S. Congress deserve an answer.