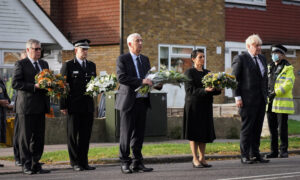 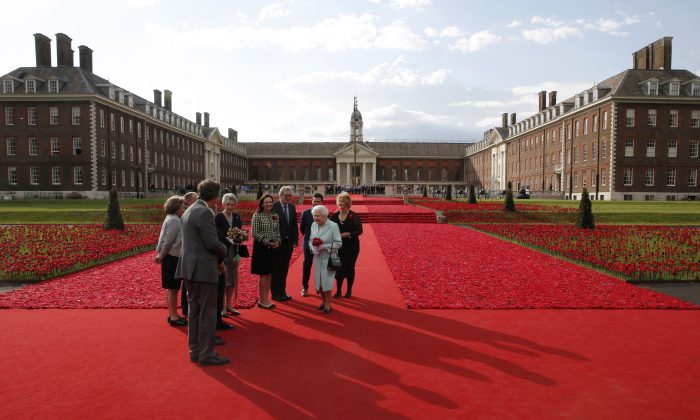 LONDON, ENGLAND - MAY 23: Queen Elizabeth II visits the 5000 Poppies Garden at Chelsea Flower Show press day at Royal Hospital Chelsea on May 23, 2016 in London, England. The show, which has run annually since 1913 in the grounds of the Royal Hospital Chelsea, is open to the public from 24-28 May. (Photo by Adrian Dennis - WP Pool/Getty Images)
UK

The Queen and the Breathtaking Chelsea Flower Show 2016

The Chelsea Flower Show has been held annually since 1913.

Sprawling across the ground of the Royal Hospital Chelsea, it is the Royal Horticultural Society’s (RHS) most prestigious event of the calendar year.

Open to the public from May 24 to 28, 17 different gardens can be strolled through and admired.

Below are photos of the magnificent and creative displays at the 103rd RHS Chelsea Flower Show.


Shops and portions of the London neighborhood of Chelsea have been decorated with floral installations as part of “Chelsea in Bloom.”

The “alternative floral art show” is now in its 11th year and coincides with the Chelsea Flower Show.

“Carnival” is the theme for 2016 competition, inspired by the Rio de Janeiro Carnival.