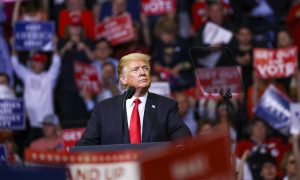 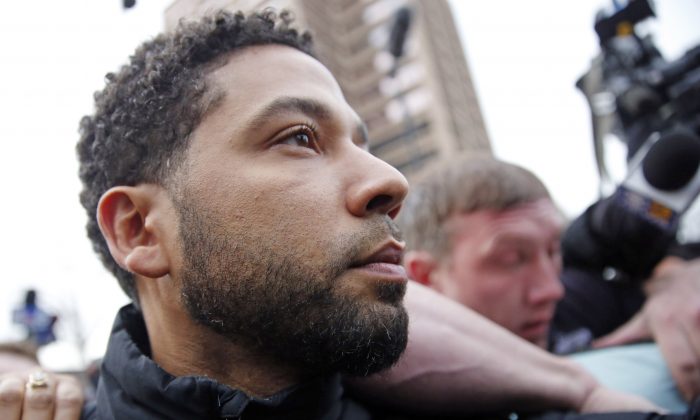 The Puzzle of Hate Crime Hoaxes

Why do they do it?

The actor Jussie Smollett is not the first or even the latest to be accused of perpetrating a hoax while claiming to be a victim. Since the passage of hate crime legislation, such stories have mushroomed. In some cases, activists are charged with perpetrating the assault on themselves.

In an earlier case now coming to court, the accuser, Nikki Joly, a prominent transgender LGBTQ activist in Michigan, is charged with setting fire to his own home and, in the process, burning to death his two dogs and three cats.

Even since the Smollett case broke, a lesser-known person, Brazilian immigrant Rosiane Santos, was arrested for assaulting not herself or her pets, but a peaceful customer in a Mexican restaurant—because he was wearing a red MAGA hat. Not so much perpetrating a hoax as acting out a widely disseminated leftist delusion, she claimed that she was the victim, the one who was being bullied. She has since been arrested by ICE and faces deportation.

The reasons hoaxers give for their criminal behavior are varied.

They hate President Donald Trump and see anyone who supports him as a fair target for their aggression. We saw that in the response to the Kavanaugh hearings, to the Covington high school students, to government officials eating in restaurants or taking their children to school. All are fair game in this view, a perspective fed daily by the obsessive, nonstop barrage of media attacks widely referred to as Trump Derangement Syndrome. All three of the accused mentioned above referred to Trump and his supporters in justification for their behavior.

Or they want money or attention. Smollett is said to have cited insufficient pay for his work on the “Empire” show, at merely $65,000 an episode. Some, like Joly, seem to be seeking attention, feeling that they weren’t getting sufficient credit or support for themselves or their cause. Some clearly are troubled individuals with difficult childhoods, suggesting that issues of mental illness are involved or will be cited by defense lawyers in court. Others are impatient and discouraged that change movements are not going far enough and fast enough.

Rather than speculate on psychological explanations, let’s look at the incentives for false claims of victimhood and the ways media, law, and policy in effect, though not intent, encourage them. To think in terms of incentives, imagine a Jew in Nazi Germany or a Black person in the South in Jim Crow days fabricating such claims. What would be the point? How would such false claims benefit the perpetrator of them, even if they were believed? In such circumstances, there is no incentive (or need) to fake persecution.

Fast forward to the United States today. There has been a decline in racism and stigma against homosexuality, in law and custom. There is decreasing tolerance of racist violence and violence against homosexuals. Given that credulous media and celebrities can be counted on to validate and amplify hate crime claims without regard to evidence, making such claims in itself can be a route to fame and even fortune.

There has been a mass of hate crime legislation at federal and state levels that results in treating assaults differently when they are motivated by bias against protected groups. For example, a white conservative, Hayden Williams, was beaten by a man who hated his politics. But such beatings, increasingly common on and off campuses, don’t fall under any hate crime law and elicit little outcry beyond conservative groups. Had the victim been a Black or LGBT person claiming to have been assaulted by a white man (even without the video evidence that Williams had), we might expect, as in Smollett’s case, immediate outrage and support for the alleged victim.

Such differential response on the basis of the kind of hate involved may itself encourage bogus claims. This is in the context of an identity politics that privileges certain kinds of victimhood. It is a politics that weaponizes victimhood, even among some of the most privileged people on the planet.

Victims of Their Own Success

If your identity, reinforced by media and campus or community leaders, is based on belonging to an oppressed group, then you have a problem if the oppression declines. The pressure has to be kept on, and sometimes allegations of “microaggression” are not enough, especially outside the campus hothouse environment.

According to the police investigative report, two church officials who had been working with Joly said that the LGBT activist had been frustrated that the controversy over gay rights had died down with the passage of the nondiscrimination law. They said Joly was disappointed the Jackson Pride Parade and Festival, which he had helped organize and which was held five days before the blaze that burned down his home and his pets, hadn’t received more attention or protests.

In these circumstances where status depends on victimhood, the appearance of respect or wealth may entail a loss of status. People may need frequent and even dramatic reminders of your victim status, even if you have to arrange them yourself. Liberal media and celebrities, gullible as ever despite falling for numerous hoaxes, stand ready to validate and amplify such allegations without troubling to investigate them first.

But there is a problem with “crying wolf.” If exposed, such hoaxes harm the cause that one is trying to further. They threaten to reduce the credibility of future claims of victimization, even when they are real and justified. That is why many progressives, when they hear of allegations like Smollett’s, definitely and publicly hope they are true, that the hoaxer was indeed assaulted in just the way he claims. Otherwise, such stunts damage the credibility of the news sources and pundits who gullibly accept the allegations, no matter how much they lack coherence or evidence.