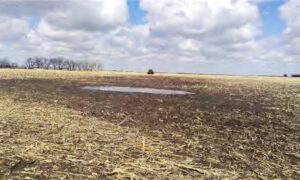 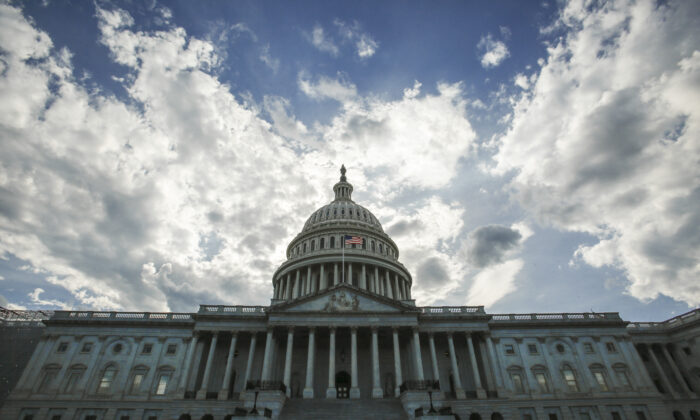 The Capitol in Washington on May 7, 2019. (Samira Bouaou/The Epoch Times)
Viewpoints

The Progressive Assault Against Federalism

A key part of the system of checks and balances that the Founding Fathers devised included the principle of federalism. The natural tendency for a national government is for power to become increasingly centralized.

The founders hoped to offset that tendency toward centralization through federalism—a political arrangement in which governmental powers were divided between state, county, and local governments on one side and the federal government in Washington on the other.

Progressives have favored increasing the powers of the federal government for more than a century. They scored a key victory in 1913, when the country adopted the 17th Amendment. That ended the practice of state legislatures appointing U.S. senators, replacing it with the popular election of senators. That reform removed an important source of leverage that state legislatures had had over the federal government, weakening the states while augmenting the power in Washington.

Today, federalism is under a full-scale assault by the Democrat/progressive/socialist party. Believing that the government in Washington should be responsible for—and thus empowered to guarantee—the economic welfare of all citizens, today’s progressives seek to centralize ever more power in Washington, transforming its character from a federal government to a national government. They envision Washington as a political black hole that inexorably draws all power into itself.

Let’s briefly examine each of these agendas:

Numerous commentators in these pages have exposed the undemocratic attempt to conduct elections for national offices in a way that favors one party. The way Democrat leaders have gone about it has been breathtakingly brazen.

There’s great symbolism in the fact that the proposal to impose national rules on state elections is embodied in H.R. 1. The first bill proposed when a new Congress convenes every two years is given the special status of being number one. When the 117th Congress convened in January, the country faced a grim pandemic and a rising threat from the Chinese Communist Party. Those would have been worthy candidates for being highlighted as H.R. 1., but the Democrats passed. Another potential H.R. 1 for Democrat leadership might’ve been a plan to save the world from climate change. But maybe Democrats don’t believe climate change to be quite the existential threat they claim it is, because they passed on that option, too.

No, the top concern of Speaker Nancy Pelosi (D-Calif.) and her allies was to reformat state election procedures—despite that power belonging to the states, according to our Constitution—to enable her party to gain a permanent majority. To add insult to injury, they had the gall to call it the “For the People Act.” What obscene cynicism. Their version of “power to the people” is the same that communists have: give lip service to the people and then, when power has been attained, dictate to them how to live.

Democrats have used “COVID-19 relief” as a pretext to bail out their political allies in blue states that have overspent and overpromised for years. Since state governments, unlike Uncle Sam, don’t have a central bank that can create money out of nothing and give them a blank check for spending beyond their means, I had assumed that eventually those state governments would have to face fiscal reality and rein in their spending. Now that Congress has shown that they intend to bail out profligate state governments, there’s no reason for those governments to exercise fiscal restraint.

An added feature of the recent state bailouts is that when Congress allocated $350 billion of the $1.9 trillion American Rescue Plan Act, it wasn’t so much a bailout as it was a handout. At the time of Washington’s grants to state governments, the latter were in unfamiliar territory—running budget surpluses. California, for example, was given approximately $26 billion at a time their state budget was running a $75 billion surplus, with another $16 billion or so being channeled to California counties and cities.

One feature of the American Rescue Plan Act was a proviso that in exchange for federal aid, state governments were to be prohibited from any form of a tax cut, credit, or rebate. The left’s hostility toward any type of tax cut is well known. Many were afraid that states might take advantage of a windfall handout from Uncle Sam by reducing their own taxes a corresponding amount. In one sense, this only makes sense. Why should state governments sit on surplus funds instead of distributing the excess to the people who work hard to pay the government’s bills?

But I do agree that under our federal system, federal taxpayers shouldn’t be paying for state expenditures that only benefit the residents of said states. However, the just and genuine solution is for the federal government to not give handouts to state governments at all, rather than to give them money and then seize control over state tax policies.

The proper federalist way is to let states compete with each other in terms of programs they offer and taxes they assess, and then see where people choose to live. As we have been seeing for many years now, the trend has been for Americans to relocate from high-tax to low-tax states. It’s a shame, though, that so many of those transplants vote for the same high-spend, high-tax politicians that drove them out of their former states.

The fourth assault that Democrat progressives/socialists are making against federalism is their aggressive attempts to further nationalize education. Traditionally, education was localized. The centralization of education in the hands of a national government—Marx’s 10th plank in his 10-point platform in “The Communist Manifesto” for how to impose socialism democratically—has ominous implications.

For example, for the past 30 years, the national government has decided what American schoolchildren are to be taught about the environment. The result has been a bunch of depressed kids who believe in their own version of the bogeyman—namely, that we’re rapidly approaching catastrophe or doom due to human-caused climate change.

Now they want to go even further. First, the progressives want to indoctrinate children in critical race theory or the malicious and glaringly ahistorical “1619 Project”—a fiendish crock of baloney designed to undermine social cooperation and harmony, as well as any pride or gratitude in our own country.

As if that isn’t enough, the Biden administration’s proposed American Families Act is a revolutionary anti-family agenda that wants the national—not “federal” anymore—government to control the education of children from pre-school through at least junior college. The progressives see the road to their utopian serfdom being most successfully traveled by having Uncle Sam play “Big Daddy” before Big Brother—to be a paternalistic, ubiquitous influence in the lives of America’s youth, thereby increasing many citizens’ dependence on Uncle Sam and, not by coincidence, the Democratic Party. Well, what else are federal tax dollars for if not to purchase the loyalty of a majority of voters, right?

Undoubtedly there are other ways in which power is becoming increasingly centralized in Washington. See, for example, Trevor Loudon’s recent interview with The Epoch Times in which he discussed the potential nationalization of law enforcement.

In this time of centralization, it behooves us to heed the wisdom of some great people.

Former President Dwight D. Eisenhower gave us this warning: “I firmly believe that the army of persons who urge greater and greater centralization of authority and greater and greater dependence upon the Federal Treasury are really more dangerous to our form of government than any external threat that can possibly be arrayed against us.”

Mahatma Gandhi once said: “Centralization as a system is inconsistent with a non-violent structure of society.”

Finally, according to the great historian Arnold Toynbee: “The last stage but one of every civilization is characterized by the forced political unification of its constituent parts into a single greater whole.”

Our states aren’t doomed yet, but the states and American federalism are rapidly approaching critical condition.