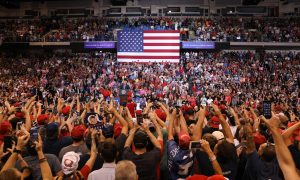 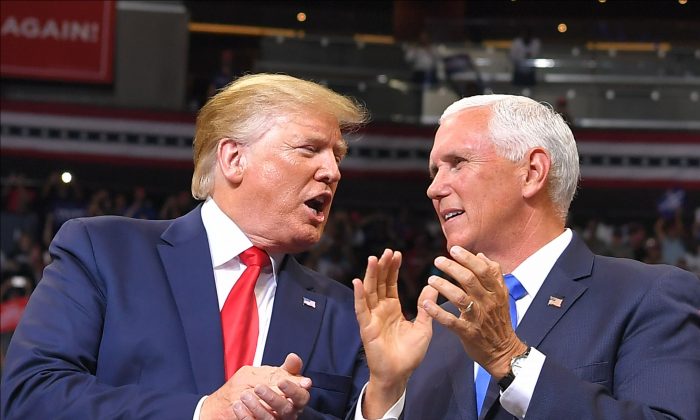 According to some polls and models, if you support President Donald Trump, you should forget about a second term. Better yet, you should probably throw in the towel now, as the party is all but over.

As reported in the Washington Examiner: “A university election model that predicted the blue wave in the House of Representatives in 2018 almost to the seat is predicting a big loss by President Trump next year, due to an explosion of bitter partisanship and Trump hate.

“An election forecast model designed by Rachel Bitecofer, assistant director of the Wason Center for Public Policy at Christopher Newport University, predicted that Trump will lose the Electoral College, 297-197, with 270 of 538 needed to win.”
Given these dire predictions, the president should enjoy his last year in office, as his presidency will undoubtedly come to an end in 2020, right?
“The country’s hyperpartisan and polarized environment has largely set the conditions of the 2020 election in stone. … The complacent electorate of 2016, who were convinced Trump would never be president, has been replaced with the terrified electorate of 2020. Under my model, that distinction is not only important, it is everything,” Bitecofer wrote in a release.

Whoa! Time out! Let’s not be too hasty!

If the country were dealing with a more “traditional” president in “normal” times, many Republicans and Trump supporters would be justified if this forecast model was viewed with trepidation and worry. However, as we know, these are not “normal” times and Trump is no “traditional” president. As a result, there are some compelling reasons why this model (and others like it) may not be able to accurately or definitively predict the outcome of the 2020 election.

One factor that casts some doubt as to the results of this model stems from the extreme divergence between the two major parties, which is very important. Unlike years past, the U.S. public is being asked to choose between a system of government revolving around freedom, democracy, and capitalism (Republicans) and a socialist system of government.

Unlike previous elections, the policies espoused by many on left are so extreme that they could very well turn off many independents and moderate Democrats. Bitecofer addressed this possibility in her model, stating:

“If the nominee hails from the progressive wing of the party, it will provoke massive handwringing both within the party and the media that if not controlled could become self-reinforcing. But the Democrats are not complacent like they were in 2016 and I doubt there is any amount of polling or favorable forecasts that will make them so. That fear will play a crucial role in their 2020 victory. We will not see a divided Democratic Party in 2020.”

Time will tell whether Bitecofer’s analysis is correct. Of course, given that the likely Democratic nominee will promote a socialist agenda (to some extent), moderate Democrats and independents could very well decide to vote for Trump or not to vote at all. That would likely hurt the Democrats more than the president, whose followers and supporters will likely be very motivated to vote.

While Bitecofer asserts that the “complacent” electorate of 2016 (who seemingly opposed Trump) has been replaced by the “terrified” electorate of 2020, this comparison isn’t entirely accurate for several reasons. First, some of those who opposed “candidate” Trump in 2016 could have changed their position in light of Trump’s many successes. including, but not limited to, a strong economy, a better job market, and lower taxes.

Additionally, the policies espoused by those on the left (in 2016) weren’t nearly as extreme as they are now. Given the dangerous socialist policies promoted by many of the leading Democratic candidates, it’s highly unlikely that all the “complacent” voters of 2016 (referenced in the model) will subsequently vote against Trump in 2020. The circumstances are much different: Trump’s policies have helped many Americans (financially and otherwise), and the Democratic policies are significantly more extreme.

If the 2016 election taught us anything, it’s that polls means very little when it comes to Trump’s “electability.” Given Trump’s many accomplishments, the strength of the U.S. economy, and the socialist policies that are being pushed by many on the left, what reason is there to believe that the polls or models will be any more accurate come 2020?