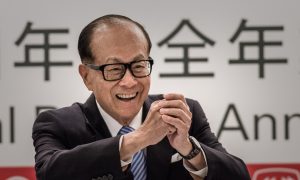 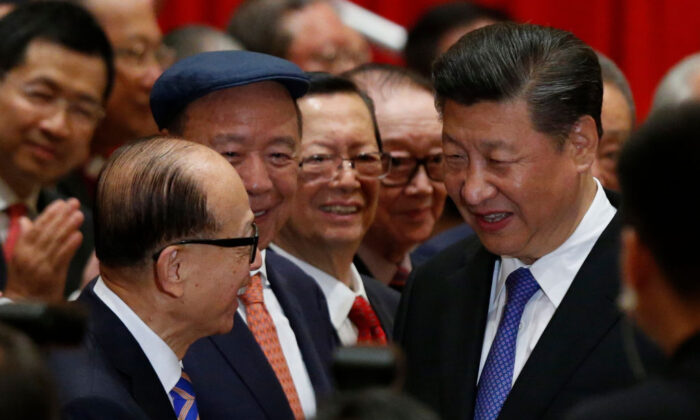 On May 4, Robin Zeng Yuqun, a new immigrant from mainland China, replaced Li Ka-shing as the richest man in Hong Kong when his net worth soared along with the company’s stock prices. In the context of Beijing’s “patriots ruling Hong Kong,” his new status attracted additional attention.

However, on May 6, Zeng’s wealth dropped to $34.1 billion, putting Li Ka-shing back on the throne as Hong Kong’s richest man.

According to Forbes, Zeng is the founder and chairman of Contemporary Amperex Technology (CATL), one of the world’s largest suppliers of batteries for electric vehicles, headquartered in Ningde, Fujian Province.

With reference to Forbes’ April 6 data, Zeng’s wealth increased by more than $6 billion in just one month.

According to a Chinese finance report, Zeng owns a 24.53 percent stake in CATL. The market boom of electric vehicles helped his wealth grow.

He gained residency in Hong Kong following the Quality Migrant Admission Scheme of Hong Kong in 2005.

In September 2010, Xi Jinping, then vice-chairman of the regime, did an official tour to Ningde and asked local officials to “expand on large projects and leap on development.”

The next year, Zeng established CATL in his hometown, Ningde.

CATL was listed on the Second-board Market of the Shenzhen Stock Exchange at an initial stock price of $3.91 on June 11, 2018. CATL’s initial market value was $8.48 billion.

Before the listing, its share values were being touted by the Chinese brokers. For instance, Caitong Securities stated that CATL was expected to become a leader in power batteries in China and even the world.

At present, CATL’s Chinese market partners include electric vehicle makers such as Tesla, Geely Automobile, and NIO, as well as traditional automobile manufacturers such as FAW-Volkswagen and BMW Brilliance.

Li Ka-shing’s wealth has grown steadily, with an increase of approximately $600 million based on $33.7 billion a month ago. However, since Beijing implemented the “Hong Kong version of the National Security Law” and passed the “Patriot Ruling Hong Kong,” Hong Kong’s tycoons have been at the forefront of public opinion.

On March 7, vice-premier Han Zheng proposed to solve Hong Kong’s housing problem at the Two Sessions, China’s top annual political meeting. After that, a wave of struggles against landlords, similar to what occurred during the Cultural Revolution, began in Hong Kong.

Local real estate developers were heavily criticized. For instance, the Bauhinia Party blamed housing problems for the 2019 street protests, referring to the social disparity that caused social unrest that year.

On March 16, Bloomberg reported that the four property tycoons in Hong Kong—the Kwok Tak-seng family, the Lee Shau-kee family, the Li Ka-shing family, and the Cheng Yu-tung family—have become the scapegoats of Beijing.

On April 28, Hong Kong’s Apple Daily columnist Gu Rong wrote in a commentary that Cheung Kong’s voluntary release of the report was probably done for one main audience—the communist regime.

Gu wrote that for many years, whenever Li Ka-shing’s companies sold assets in China and Hong Kong, it was considered an act of withdrawal and cash out, and the little pinks (China’s online warriors) would exclaim, “Don’t let the superman run away.”

He stated that the valuation report was meant to show the world that the assets were underestimated and more importantly, show loyalty to Beijing. “Under the premise that everything has to be politically correct at this time, owning 200 properties and hundreds of billions of assets in China and Hong Kong would ensure others its insistence to invest and develop in China and Hong Kong,” Gu wrote.