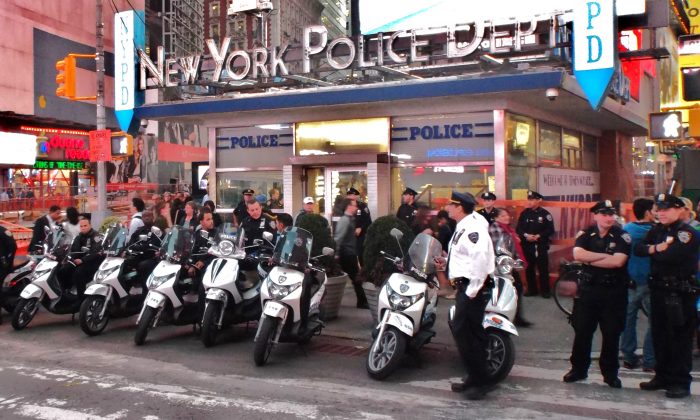 The Police and The People: A Unity of Effort

A police department is most effective when dedicated to properly upholding community policing, which promotes a unity of effort between the police and the people. This collaboration is critical to New York City and to communities across the globe.

William J. Bratton returned to New York City as police commissioner on Jan. 1. During remarks at a Dec. 5 press conference, he stressed bringing the police and community together. “I will work very hard and very quickly to bring legitimacy and trust between the citizens and the police department,” he said.

The commissioner highlighted his goals:

He also emphasized public safety—with focus on safe streets, safe subways, and traffic safety—as the foundation of democracy. He stated that the police will serve constitutionally, respectfully, and compassionately.

Bratton showed a children’s book titled “Your Police” that he has cherished since he was a 9-year-old boy. He read its final words: “We must always remember that whenever you see a policeman he is your friend. He is there to protect you. He has dedicated his life to the preservation of the laws, properties, civil rights and people he serves. He would not hesitate to save your life at the cost of his own.”

Bratton concluded with a thought from Sir Robert Peel, the father of modern policing, who wrote ethical mandates in 1829 in his Nine Principles of Policing. Bratton stressed two of those principles: “The basic mission for which police exist is to prevent crime and disorder. The prevention of crime should be accomplished without intruding unnecessarily into the lives of citizens.” Bratton held the Nine Principles in his hand and he stated it as his philosophy for policing throughout his career.

These principles are critical for enhancing a unity of effort between the police and the people not only in New York but also in cities across the globe: