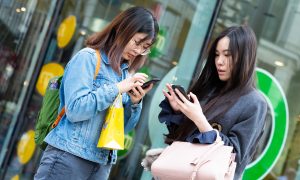 The Dying Art of Conversation—Has Technology Killed Our Ability to Talk Face-to-Face?
0 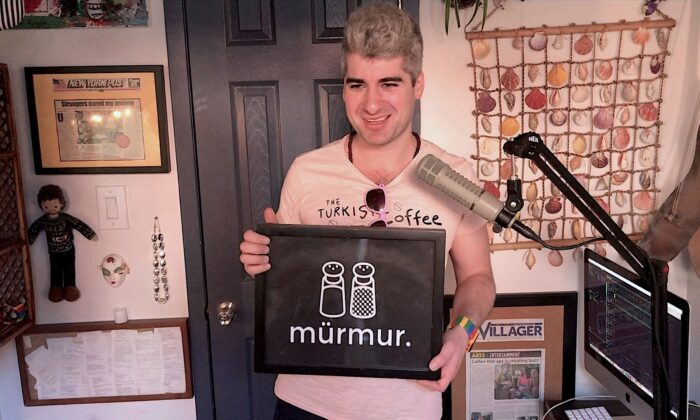 Podcast host Uluç Ülgen in his apartment in New York on Oct. 23, 2019.
US Features

The Podcast Host Who Beat Shyness

The professional conversationalist once felt socially awkward and lonely. And until six years ago, he even had a hard time looking into people’s eyes.

But today, Ülgen sells his Podcast Superstar experiences for $300 a session on Airbnb.

“It is the best conversation you’ll ever have in your life. That’s a guarantee,” Ülgen said.

He offers a full refund to anyone who isn’t fully satisfied—and no one has asked for one yet, he said.

Originally from Turkey, he moved to the United States at 10. As a teenager, still struggling to learn English, he felt like an outsider. Because of a chipped front tooth, he used to cover his mouth to hide it and spoke very quickly out of nervousness.

When he was 23 he had, what he called, a “spiritual breakdown” and lost his will to live.

Deciding to run away from life, he bought a ticket to Turkey with no particular plan.

Roaming towns and villages along the Syrian border, he was surprised to find total strangers being kind to him—without expecting anything in return.

“The people who did not know anything about me, were coming up, asking me, ‘brother, are you hungry? Are you—do you have a place to stay?” Ülgen said.

Those encounters restored his faith in humanity. He said, those strangers saved his life.

Ülgen returned to New York and started on a new path. Inspired to give back, he came up with an idea. He started posting flyers around Greenwich Village and East Village neighborhoods to invite strangers to his home for heartfelt conversations.

“I wanted to give a platform where people can be themselves be the true version of themselves, without any restrictions and without any discomfort,” he said.

And, to his surprise, people showed up. His first guest was Meshack, a homeless man.

Ülgen named his conversation experiences Mürmur, and decided to share them as podcast. Originally offered for free, Mürmur is now his livelihood.

A podcast experience usually includes a guided meditation as well as a reading of Turkish coffee grounds at the end.

To date, he’s had conversations with over 900 guests, through which he’s honed a unique set of techniques—becoming, in his words, a master conversationalist.

“All these techniques are about subtly gravitating the conversation towards the gray zone. And the gray zone is where all the magic happens,” he said.

He promises his guests a deep dive into the unknown of the psyche, to whatever arises out of the synergy of the moment.

“I feel like a really good conversation has the power of almost feeling as though God is in the room with you,” Ülgen said.

His podcast sessions are usually booked out, and most of his guests give him five-star reviews on Airbnb.

“He’s got this gift where, you know, he can be very authentic and nice and just open up to everybody,” said Isabella Alisha, a recent Mürmur guest, who was visiting from Australia.

Today, Ülgen is writing a book on techniques to help others overcome shyness and build more authentic relationships.