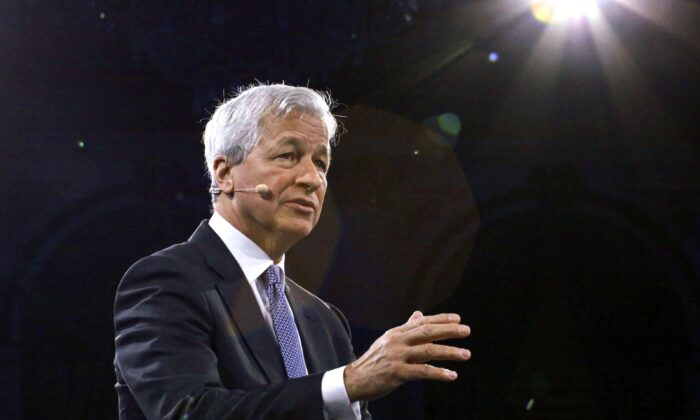 The Pitfalls of the Forced Apology Spin-Cycle

In a typically masterful essay from 50 years ago, the great British journalist and social critic Malcolm Muggeridge observed that nothing is more pathetic to watch than a ruling class on the run.

If Muggeridge and his gimlet eye were with us today, however, even he might feel obliged to revise his take on just how low our current political, social, and corporate leaders can go in abasing themselves. Take, for example, the CEO of JP Morgan Chase bank begging pardon from the Communist Party of China for making a joke about how long it will last. Or the CEO of McDonald’s publicly grovelling for offering a private opinion that criminals with bounties on their heads might not be the best parental role models.

On both occasions, heads of multi-billion-dollar organizations offered obsequious mea culpas to a gangster government and a gangster of the street respectively. Does it get any more ignominious than that?

In the case of Jamie Dimon, Master of the Universe at JP Morgan Chase, it’s absurd to see anything remotely wrong in his quipping on Nov. 23 that the bank will outlast the Chinese Communist Party, each of which is celebrating its 100th anniversary this year. Don’t we want our banks, guardians of our financial futures, to be more durable than the sic transit gloria of mere forms of state governance?

Would anyone be shocked if the leadership of C. Hoare & Co., the UK’s oldest independent bank that dates its founding to 1672, hinted at the possibility of it exceeding the lifespan of Boris Johnson’s Tories? If you do know anyone who would be so offended, I’d advise against lending them even a few quid.

Yet there went Dimon, festering apologies not once but twice for a mild joke he told about a regime that only recently ruthlessly suppressed budding democracy in Hong Kong and has, on its centenarian hands, the blood of 35 million to 45 million people killed in the so-called Great Leap Forward, and 2 million to 3 million more murdered during the Cultural Revolution, both unleashed by the Yangtze gangster Mao Zedong.

To those who would say “that was then; this is now,” well, yes, except now includes the certainty that self-identified mini-Mao, Xi Jinping, will soon become president for life of the People’s Republic and its billion-plus population. For this, the head of a cornerstone of American economic life does everything but put on a dunce cap and sweep out the stables because “it’s never right to joke about or denigrate any group of people whether it’s a country, it’s leadership, or any part of a society or culture.”

Really? Well, there go late night TV talk shows, comedy specials on Netflix, and about 97.36 percent of North American humour as we know it. Look, right behind them goes the democratic ruling class running on its knees, chased by Oliver Cromwell and his Puritan hordes.

Among them is surely McDonald’s CEO Chris Kempczinski, who has been tugging his forelock and proclaiming himself unworthy since news broke in early November of a text he sent in May to the mayor of Chicago. In the “offending” missive, Kempczinski offered the private opinion that parents of two Chicago youngsters—one killed by police as he roamed the streets shooting randomly at cars at 2:30 a.m., the other murdered by a bullet meant for his gangsta father as they sat in a car at a McDonald’s drive-thru—had failed their children.

I’m going to go out on a limb and suggest that only those who have imbibed several pails full of sanity-distorting woke Kool-Aid could scratch and sniff out what, in that comment, demands any form of regret? And even they might pause to wonder exactly when gangstas began having put-your-kids-in-the-line-of-fire days at work.

Even if the woke do at long last wake up, alas, it will take a great deal longer for our current political, cultural, and corporate elite to get out of the apology spin-cycle in which they’re trapped. We see that cycle at work here in Canada where every time we turn around, Prime Minister Trudeau is running off another litany of “pardonne-nous nos offenses” for sins current and historic, real, debatable, or wholly imagined.

The problem is that hyperactive abasement is a truly dangerous debasement of what it means to authentically apologize, that is to honestly atone for what we’ve done wrong. Programmatic guilt—constant, neurotic pleas to be excused—can be worse than merely pathetic. It can poison our capacity to discern right from wrong. It can incapacitate our ability to distinguish between a harmless touch of trash talk and a totalitarian regime dripping with its people’s blood; between loving parenting and a gangsta whose blind irresponsibility causes his 7-year-old to be shot in the head while waiting for a Happy Meal.

A sorrier state than that I cannot imagine.