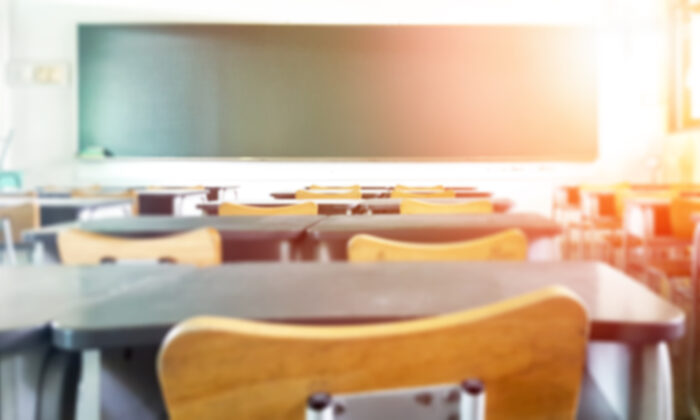 The Phony Declaration of Woke

If you go to the website of the school system of my city, the first statement you’ll see is “[School system] places racial equity at the center of everything that we do as a school division.”

It’s not an unusual banner. Such “woke” professions appear all the time at the head of educational organizations—and many noneducational organizations, too. But the declaration is commonly misconstrued, taken too much at face value, and not sufficiently understood. Liberals applaud the goal as necessary, good, and timely. Conservatives deplore it as an ideological pressure that has no place in education (or in business, hiring, and so forth). There’s another value to the statement, however, apart from its ideological thrust. It has more to do with the speakers of it than with its actual substance. Let me explain, taking this racial equity promise as an example.

First, nobody thinks that the public education system harbors a pack of individuals who oppose equal opportunity and wouldn’t like to see academic achievement by race even up. The forthright pledge here needn’t be said. It’s gratuitous—which is why it includes the urgent insistence on racial equity as No. 1 on the list of priorities. To care about racial equity isn’t enough. We need nonstop dedication to it!

In other words, the pledge is really just a specimen of virtue signaling, yet another case of an institution telling activists and various grumblers on the left, “We got the message—we’re on board—here you go.” We know the routine; we’ve observed it many times. Any leader who expects to survive has to show his good faith and cooperation or the woke brigades will pounce. Say the right things and hit the right keys and things go smoothly. We shouldn’t take the equity pledge too seriously one way or the other, therefore. It’s not a meaningful policy, just a gesture, a calling card, and a sign of membership in the ranks of the just and anointed.

Certainly, such gestures happen all the time. They’re part of the general dishonesty and insincerity that has become habitual in a time of political correctness and web-based surveillance and cancellation. To make one’s way through the pipeline, to climb the ladder of success, one needs certain professional competencies related to specific jobs and fields. Also, however, and increasingly so, you must know how to talk the woke talk, to let diversity/equity/tolerance trip off your tongue in earnest and casual cadences, and combine relaxed familiarity with those loaded terms with honest conviction every time you voice them, proving that you’re a trustworthy steward of the institution. When woke pressure is put upon you, you shall respond accordingly.

All that may be true. But when we see institutions and their leaders rush so avidly to display their woke credentials, when they adopt a pose of such reliable assurance, we have to wonder if something more is going on. Along with the grave affirmation of diversity, equity, and inclusion, one senses some defensiveness in the assertion. This is especially the case when the declaration addresses a problem within the very institution that makes the pledge. After all, school systems wouldn’t have to promise racial equity if racial inequity weren’t widespread and longstanding.

The black–white achievement gap is large and stable, with no improvement for 20 years. “Racial uplift,” as it used to be called, is profoundly important to teachers and administrators, but all their labors and the purity of their intentions haven’t managed to fix the problem. This is the unstated and unpleasant fact behind the pledge.

But they’re still trying—oh, they’re trying. And they have to say so, too, loudly and upfront, for this very reason: because they’ve failed. For all their sober values and ideal visions, they haven’t performed very well. The leaders of the school system care very, very much about disadvantaged kids.

After all, they know them through and through. They’ve had the kids under their management for seven hours per day, 180 days per year from kindergarten onward. They’ve watched the youngsters proceed from grade to grade and grow older and bigger. They’ve met the parents. And yet, those kids have left their care not ready for college and not ready for work. The black kids they’ve educated can’t compete with white and Asian kids in spite of decades of focus on them. Every year, the scores come in and disappoint educators who would love to be able to boast that “the gap is closing—our efforts are working!”

But they can’t do that. The efforts aren’t working. That puts the woke slogan in a different light. Instead of appearing as a positive dedication, it looks more like a defensive posture, a deflection of guilt. We don’t have equity, it seems to say, the injustice goes on, but don’t blame us. Educators are just as dedicated as ever; they work just as hard and care as much; they’re not responsible. They’re indignant about injustice, they despise inequity, and they lead the way on reform. Forget the fact that low-income black students leave their classrooms with little knowledge and weak skills. The stewards are more sensitive to the resulting inequities than anybody.

You see the diversion taking place. The obvious answer to lingering inequity in education is to replace the ones steering the ship and see if others can do a better job. They’ve performed poorly, so let’s find better captains. The equity pledge is a tactic that changes the subject. The more the leaders profess their commitment to equity, the less we’re inclined to recognize their inability to produce it.

People so committed to racial justice deserve to be admired, not judged. Skip over their ineffectual record and accept their high intentions. For all the accountability that No Child Left Behind and other reforms (supposedly) brought to education in the United States, these voices of woke commitment prefer no accountability at all. Signaling one’s moral alignment is a way to obscure one’s professional incompetence. It’s not a statement—it’s a scheme.

Conservatives who take woke slogans uttered by high-placed individuals at face value misconstrue them. Critics and intellectuals who set out to dispute the slogan itself waste their time, for the substance of the words is secondary. There’s no debate to be had. This is a different game, a rhetorical one in the ancient sense of rhetoric as a verbal sport that positions and characterizes the players in tactical ways (good guys and bad guys, social standing, and so forth). In the quotation above, we see the rhetoric at work most powerfully not in the major words of meaning in the sentence, “racial equity.”

Instead, the word “everything” does the most work. It shows the full ethical investment of the announcers, their whole being set for the cause. How can we possibly criticize such faithful souls?

Discerning critics don’t buy it. Woke sentiments in the mouths of the elite who run elite institutions don’t fly. They profess equity from the highest perches of hierarchical systems, and those systems maintain inequities from year to year in spite of the song-and-dance. Ivy League schools broadcast their inclusivity proudly, and they devote stratagems to making their “selectivity” rating even more exclusive every year. Drive through upscale suburbs of blue cities and “Black Lives Matter” signs pop up in every third yard—but no black residents anywhere. Educators who amplify the equity message never stop to consider that their progressivist pedagogies have aggravated inequity, not reduced it. They can’t step back and question whether critical race theory and The 1619 Project help their kids graduate and go to college prepared to do freshman math and write papers.

It’s a phony routine, a tedious script, witless and predictable. How decadent and self-serving must a leader be to mouth it as if he were a wind-up toy? Does he go home at night, look in the mirror, sit down, and dream of breaking out of the box, crossing his handlers, and uttering, for once, such as Willie Stark in “All the King’s Men,” an unfiltered expression from the heart? Probably not. If he were that kind of person, he wouldn’t have been able to climb so high. People in charge of the pipeline have sensitive discernment. They can spot the signs of a wayward personality, pick up a telling remark or facial tic, one that indicates a soul not fully owned, insufficiently down with the project. They sniff and reject potential dissidents.

These declarations of woke have been a long time coming. The people who speak them have practiced the code for many years as they moved from promotion to promotion. They talk the talk like pros, and they don’t worry about walking the walk, only going through symbolic motions. When you hear it happen, when an eminence steps forward with solemn countenance and measured tones to moralize and solemnize, he should be greeted with laughter and a snort. Disdain is the response, and mockery, not dispute. He wants confirmation and respect. What he deserves is a jeer.