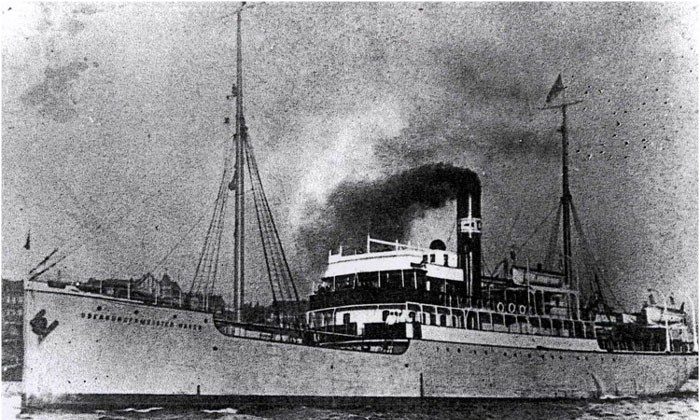 The ‘Philosophers’ Ships’ That Were Used to Silence Early Soviet Intellectuals

In 1922, five years after the communist Bolshevik Revolution in Russia, numerous academics, journalists, professors, students, philosophers, and other intellectuals were exiled by Vladimir Lenin, leader of the Bolsheviks.

Before Lenin established the Soviet Union in December of that year, he ordered the deportation of a significant number of intellectuals via two German ships he called called the “Philosophers’ Ships”—the Oberbürgermeister Haken and the Preussen—to what is now Poland. If they returned, Lenin charged, they would be shot.

In May 1922, Lenin sent a letter to the head of the Russian secret police (GPU) Felix Dzerzhinsky, to organize the research of writers and academics. On the night of Aug. 16, 1922, these academics were arrested. Deportation followed in the fall under charges of engaging in “anti-Soviet activity.” These were not counter-revolutionaries or fighters, but intellectuals who disagreed with the Soviet government plan.

Dozens of writers and their families were exiled. Lenin apparently had kept a copy of everything they had written.

Displeased by how long it was taking, Lenin, in June 1922, wrote to Joseph Stalin about removing the writers: “We’re going to cleanse Russia once and for all.” He later added, “All of them must be chucked out of Russia. It should be done all at once. By the time the [Socialist Revolutionaries] trial is over, not later, and with no explanation of motives—leave, gentlemen!”

From one angle, the intellectuals and their families who were expelled could be considered lucky, as millions were murdered in the communist purges that followed. But, as Lesley Chamberlain, author of “Lenin’s Private War,” noted, it is significant.

“Though they could never have identified themselves that way, the 1922 expellees were the first dissidents from Soviet totalitarianism,” Chamberlain writes. Further, she explains that their only crime was having a different opinion. “These thinkers clashed with Lenin and in an instant lost their homeland.”

Through exile, Lenin and his cohorts eliminated an ideological threat to the Soviet regime that offered a “third way,” an alternative from the Tsarist monarchy or communism.

The Soviet Union announced their deportations in the Pravda newspaper, portraying the move as a humane way of dealing with dissent.

Ethics professor at he University of Moscow, Alexander Razin, noted that the notion Lenin deported the men “for the good of the victims themselves” circulated around the Soviet Union for years.

In reality, it was an indicator that totalitarianism was on the rise in the nascent Soviet state, signalling enforced anti-intellectualism.

“From a contemporary perspective, it was a rude violation of a fundamental human right: to live where you want, or at least the right to live in your own country. Secondly, behind Trotsky’s talk of humanity was the hidden wish to be free from powerful (in their intellectual capabilities) opposition. In the third place this action was not humanitarian in the sense of historical responsibility. Nobody has the right to proclaim the ‘unique truth’ and assert this ‘truth’ as the one and only possibility for a whole nation’s historical development.”

Religious and political philosopher Nikolai Berdyaev was among them. After he became a professor of philosophy at the University of Moscow, he was accused of being involved in an anti-government conspiracy and arrested. According to some accounts, he was personally interrogated by Dzerzhinsky, who was best known for developing the Soviet secret police force.

Writer Aleksandr Solzhenitsyn in “The Gulag Archipelago” wrote of him:

[Berdyaev] was arrested twice; he was taken in 1922 for a midnight interrogation with Dzerjinsky; [Lev] Kamenev was also there…. But Berdyaev did not humiliate himself, he did not beg, he firmly professed the moral and religious principles by virtue of which he did not adhere to the party in power; and not only did they judge that there was no point in putting him on trial, but he was freed. Now there is a man who had a “point of view.”