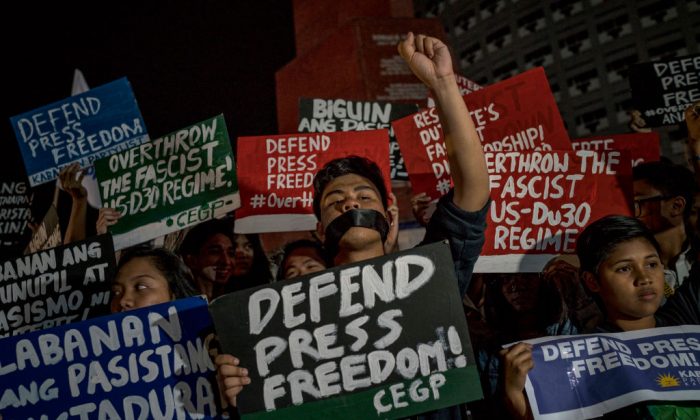 The Philippines Struggles With Democracy

“Democracy is the worst form of government, except for all the others.” Winston Churchill

Churchill had a knack for the adroit phrase. And, we can be sure he also realized that ostensibly the “best” form of government is a benign dictatorship in which the dictator appreciates both the limits of his domestic power, the capabilities of his society, and the need to act adroitly in foreign affairs as epitomized by his observation that, “There are no eternal friends or eternal enemies, only eternal interests.”

The problem, however, is that a dictator doesn’t always stay benign. Or that his or her successor practices comparable moderation and restraint.

And there is a corollary to this. Even when democracy functions within agreed precepts—for instance, in the words of the Department of State’s human rights report, even when “The law provides citizens the ability to choose their government in free and fair periodic elections held by secret ballot and based on universal and equal suffrage” —there is the potential for a fatal flaw.

That is, there is the temptation for the electorate to accord themselves massive social and economic benefits significantly surpassing the ability of the society to pay for them either in the long or short term.

Likewise, there is the temptation for the electorate, frustrated by social or economic dysfunction—inflation, high taxes, crime, or terrorism—to batten upon a leader who promises to resolve these problems. The not-so-hidden weakness of democracy is the requirement that electorates practice perception and restraint.

One tends to forget that Hitler gained power legally.

For the United States, the Philippines represents a complex problem. Long a possession and part of the Spanish Empire, it fell into American hands after the 1898 Spanish–American War. Commodore George Dewey, commanding the USS Olympia (which remains dry-docked in Philadelphia), massacred a Spanish squadron in Manila Bay. A Philippine rebellion was already in play, and U.S. forces joined the rebellion and adroitly brought back to the Philippines a key leader-in-exile, Emilio Aguinaldo, to assist in the Spanish defeat. Once such occurred, however, Washington elected to retain possession of the Philippines rather than accord them instant independence.

The Filipinos were not amused. Resistance morphed into the Philippine–American War fought on both sides with unparalleled, vicious atrocity. It concluded in 1902 with between 4,000 and 6,000 U.S. dead and a U.S. commitment to move to Filipino independence in 1944.

From then until the beginning of World War II, the Philippines was a relatively tranquil territory with U.S. forces at the key military bases of Subic Bay (naval) and Clark air force base. The Japanese attack, invasion, and occupation was a seminal event in Philippine history. Phrases such as Douglas MacArthur’s “I shall return” when leaving the Philippines and the subsequent “Bataan Death March” are fading from U.S., but not Filipino, memories. Indeed, the Philippines owes the United States a “blood debt” of our at least 33,000 killed in the defense and liberation of the islands.

Separately, there is good reason to conclude that Filipino political problems stem directly from the Japanese occupation, as they sought to kill every Filipino with a high school education (to eliminate any political opposition to occupation) and ruthlessly slaughtered the population to wipe out the Filipino guerrilla resistance.

Thus, although delayed two years until 1946, the Philippines may not have been ready for independence. Subsequent Filipino politics have been fraught. Charismatic President Ramon Magsaysay died in a 1957 plane crash; a popularly elected President Ferdinand Marcos turned harsh dictator (ruling from 1965-86); a Marcos political opponent was assassinated on the tarmac upon his return (with his widow, Corazon Aquino, subsequently becoming president.)

In 1991, the Filipino Senate rejected a bases agreement with Washington. That rejection, combined with the virtually concurrent explosion of Mount Pinatubo, which effectively destroyed the utility of Subic naval base and totally destroyed Clark air base, led to the withdrawal of U.S. military forces—and commensurate reduction of U.S. interest in the Philippines.

Consequently, in many respects, current president and 30-year former Davao City mayor, Rodrigo Duterte, provides a distinction but little difference. The first president from the large island of Mindanao, Duterte is a thin-skinned, charismatic bully. Driven, inter alia, by the desire to wipe out drugs and corruption, he has observed rule-of-law with amused contempt and virtually ordered the execution of any drug pushers. So, when President Barack Obama attempted to hector him on human rights, Duterte responded with [an expletive deleted] and improved relations with Beijing.

Under President Donald Trump, Washington has attempted to walk back this cat with modest success. But misplaced attempts to prioritize human rights cost us a valuable ally—at least in the near term. An expensive human rights lesson.