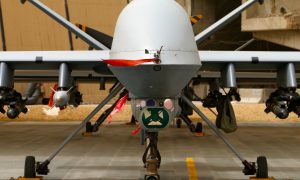 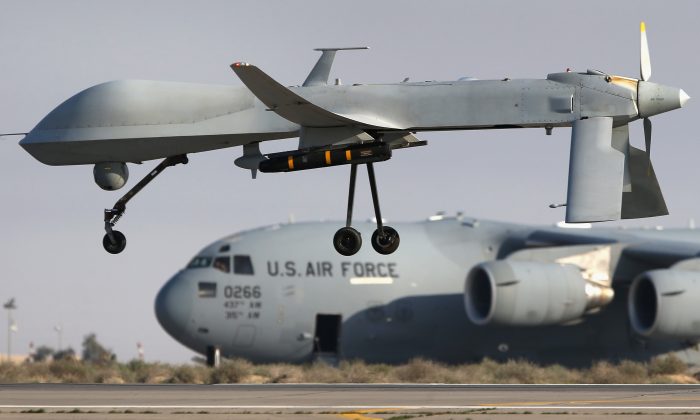 When the al-Qaeda deputy leader was killed by an American missile in 2017, pictures of the car he was traveling in left some observers scratching their heads. The windows were intact, there was no sign of heat or explosion, and the roof was carved open by several clean gashes that ran in straight lines.

Two years later, and the Wall Street Journal has revealed the technology behind that explosion-free strike: A special adaptation of the Hellfire missile that deploys six metal blades at the last second and relies on sheer speed and mass to destroy the target without the collateral damage of an explosion.

According to the Journal, the R9X missile, nicknamed the “ninja bomb” is designed to destroy individual terrorist targets, and could theoretically pick out the front seat passenger of a moving car, and leave the driver untouched.

The weapon has only been used in several high-profile strikes since being developed, including that strike that killed al-Qaeda second-in-command, Abu Khayr al-Masri, in Syria’s Idlib province in 2017.

Photographs that circulated on social media after that strike prompted some analysts to suggest that they were caused by a new weapon or adaptation, such as kinetic weapons.

Development on the “ninja bomb” started in 2011.

The secret R9X missile is designed to destroy individual terrorist targets without harming surrounding civilians and could potentially kill a car’s front seat passenger without harming the driverhttps://t.co/FVhkegsStI

With no explosion the weapon functions more like a giant missile-powered bullet, designed to punch through barriers and relying on the destructive force of 100 pounds of metal.

“To the targeted person, it is as if a speeding anvil fell from the sky,” officials said, according to the WSJ.

Just before impact, the missile deploys six blades halfway along its length, which help shred any obstructions such as walls or car roofs, and increase the area of damage.

It is used in limited cases where there is detailed information about a target’s location, but there is a risk of civilians nearby, officials said, according to the WSJ.

Hellfire missiles are launched from aircraft—including helicopters, drones, and fighter jets—at ground targets. They were initially developed in the 1970s as anti-armor weapons to tackle tanks, but were later adapted for precision strikes of anti-terrorist warfare. They use onboard lasers to identify and track targets.

Arms manufacturers have been experimenting with alternatives to the use of explosives in weapons, exploring the use of other technologies to give flight to projectiles and to destroy targets.

Earlier this year, the United States navy started sea trials of the newly-minted railgun, which enlists electromagnetic force to accelerate projectiles to speeds of over Mach 6, firing them over 100 miles.

The railgun is used in conjunction with Hypervelocity Rounds, which can be fired faster and farther than traditional artillery rounds from naval deck guns.