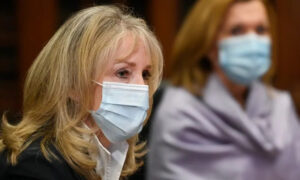 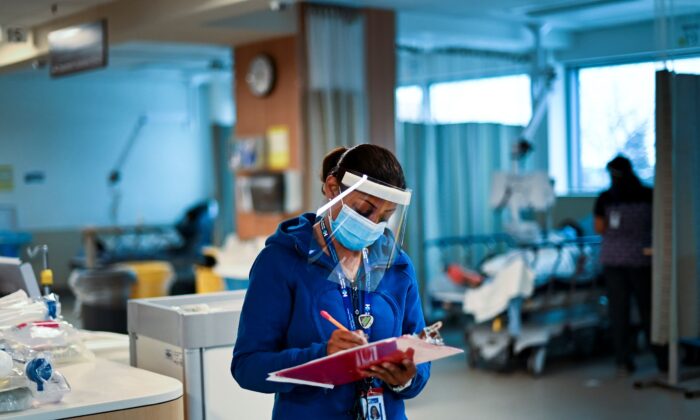 A health care worker audits different health units at a hospital in Toronto on Dec. 9, 2020. (The Canadian Press/Nathan Denette)
Viewpoints

The Peculiarity of Public Versus Private Health Care in Canada

Here’s a strange headline. “Private Med Clinic Expands Network.” And the strange part isn’t “Med.” It’s that this first story in the June 7 National Post is about Canada, fabled land of socialized medicine. What wretch snuck in a network of private clinics?

The company in question is WELL Health Technologies Corp., which just spent a fifth of a billion dollars adding 77 clinics to its network by purchasing MyHealth Centres to “create the largest private-sector-owned network of medical clinics in Canada.” But not, you’ll notice, the only or the first.

In fact, most Canadian health care is provided by private for-profit individuals and businesses, and much of the rest by private non-profits. The occasional maniac has called to conscript health-care providers in Canada, but thank goodness they have been ignored. Still, if you’re looking for villains here, try Hamed Shahbazi, chair and CEO of WELL Health, who for some reason seems to think it would be good if Canadians could get effective diagnosis quickly, including through MyHealth’s “telehealth” consultations, which I think means online.

Shahbazi described MyHealth as “a very tech-leaning and sophisticated company” that will allow WELL Health to expand through “bricks and clicks.” Which might make him an enemy of clear communication. But normally those who favour private health care are viewed as enemies of the revolution in Canada.

The story adds that WELL Health will now bring in about $400 million in revenue per year as it “earns $100 million on an operating basis.” Which I think means profits. But aren’t profits bad in health care, the economic and ideological equivalent of a virulent superbug?

Well, you could ask your doctor. If you could get in to see them. If indeed you had one, which millions of Canadians don’t. Only enemies could criticize the best health-care system in the world. But Statistics Canada did blurt out that “In 2019, 14.5% of Canadians aged 12 and older (roughly 4.6 million people) reported that they did not have a regular health care provider.” Amazingly, men do much worse than women, 17.4 percent vs. 11.7 percent, despite living in a patriarchy.

Nearly five million people without a GP would seem like a lot if you were one of them. But our politicians, pundits, and persons of rich do not skulk into walk-in clinics or line up endlessly for surgery like the shabby proles. They go abroad or use “pull” to queue-jump, giving the lie to their professed worries about “two-tier” medicine.

Still, if you do have a doctor, you can ask them. And chances are very strong that they are private practitioners with the gall to expect to support themselves and their employees from their seedy occupation of protecting and restoring our health. It’s an outrage. Hence the B.C. government’s 12-year war of attrition to shut down the Cambie Surgery Centre for having had the gall to expect to support its doctors, nurses, and other staff by providing surgeries faster and often better than the public system.

Do you find sarcasm bitter medicine? Well, it beats sugar-coating the truth that it’s not ordinary people who are offended that doctors expect to earn a living keeping us living. It is zealots, administrators, and politicians.

The former are motivated by misplaced sincerity. Which is no excuse. But the latter are motivated by self-interest of a seedy sort. The Canadian medical system is largely private in its operations. But much of it is funded and price-fixed publicly, gets the incentives badly wrong, does too little, spends too much, and develops a compulsion to stop you from getting medical care.

No politician will admit to it, nor hospital administrator say it in public, but rationing is a feature, not a bug. The system rations by waiting list because it cannot afford not to.

They tell you health is expensive and you should consider yourself very fortunate to be entitled to it in principle and not gripe about being denied it in practice. But many countries have universal coverage without waiting lists because they are less obtuse and smug than the bureaucratic, political, and ideological guardians of our system. If Sweden can have private for-profit hospitals, why not us?

Full privatization is a topic for another day. But we could dramatically reform Canadian health care to produce far better results at far lower cost without abolishing the government as paymaster. And on a bleak note of hope, the pandemic may force us to, because of the intolerable increase in already outrageous waiting lists as our lumbering, inefficient system cleared the ICU decks for COVID.

If so, the first reform is intellectual, not institutional. And it’s not even admitting the private sector is better at delivering effective, compassionate service, as usual. It’s admitting it’s already doing it, that indeed it’s the only thing that makes Canadian health care work at all.