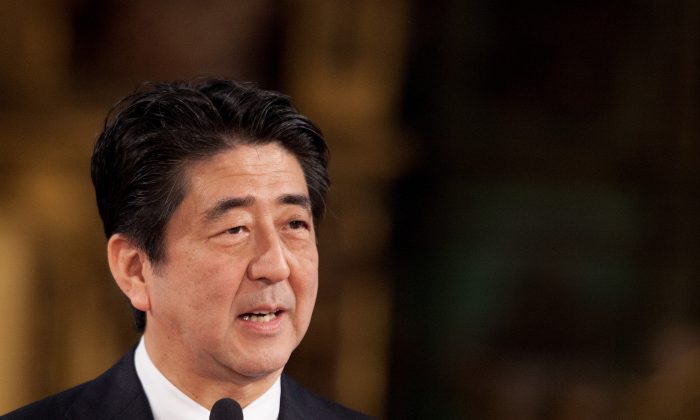 The Paradox of Abenomics

Three arrows to save the country. As Samurai Abe pulls each one out of the quiver, it turns out he is shooting himself in the foot.

Japanese Prime Minister Shinzo Abe on Tuesday announced structural reforms for the Japanese economy to get the country growing again.

Unfortunately for him and Japan, while these reforms all sound good and constructive on paper, they are contradictory to the other two arrows: fiscal and monetary policy.

Yes, tax cuts normally induce companies to invest as projects become economically feasible. So this measure in and of itself makes sense. The problem is that monetary policy is countervailing it.

The Bank of Japan had a zero interest rate policy (ZIRP) even before the Federal Reserve and the European Central Bank knew such a thing existed. It had to continually lower rates and conduct quantitative easing after the infamous Japanese stock market and real estate bubble burst in the beginning of the 1990s.

So instead of cleaning house, writing off bad debt, and letting banks fail, Japan set the precedent of evergreening bad loans and keeping banks alive at the public’s expense. As a result, banks’ balance sheets continue to be jammed by past excesses and have little capacity to lend to productive enterprises.

On the demand side, companies think that even at very low interest rates, there aren’t many worthwhile investment projects to undertake. So they buy back their own stock, similar to what companies in the United States are doing. This pushes up the stock market, but doesn’t generate any growth in the future. Tax cuts won’t remedy this kind of behavior.

Let’s face it. Only Japan at its peak bubble moment at the end of the ’80s was able to produce some genuine innovations that were worldwide successes. Nintendo comes to mind.

Before that, it used a mercantilist strategy of copying other countries’ technology and making the products cheaper and better. Japanese carmakers aren’t really innovative, but they managed to improve existing products and sell them for a reasonable price.

This is similar to what China is doing now, except the Japanese actually managed to improve quality. Unfortunately, this is a thing of the past, as Japan is lagging in high-growth industries such as biotechnology and consumer products.

Again, Abe’s policies of free money and the previously instilled bailout culture will prevent his petty reforms from succeeding.

In order to get rid of its huge debts, however, Abe has decided to use the tool of inflation, reducing the value of the debt in real terms. So he forces the Bank of Japan to print money in order to stir inflation, hoping for higher economic activity in turn.

This process not only robs savers, it also puts workers at a disadvantage and is diametrically opposed to Abe’s quest to get people to go out and consume more.     If you want more consumption and growth, you first need people who earn more in real terms. But because of higher inflation in food and energy, the basic wages of Japanese workers in real terms have declined for 24 months in a row until April 2014.

Now Abe wants to kill overtime pay for some white-collar workers. Overtime was the straw, which kept the Japanese consumer afloat.

Despite this initiative, until Japan tackles its underlying problems of bad debt, moribund banks, and an insolvent government, even well-meaning structural reforms can do nothing to change the fate of the country.