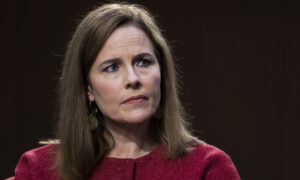 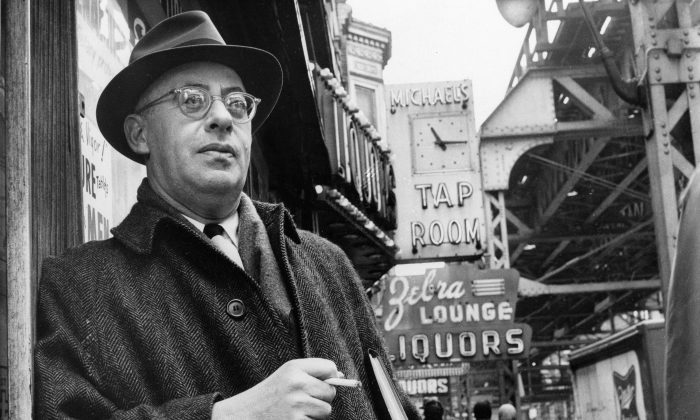 Saul Alinsky, a professional organizer, is shown in this photo dated Feb. 20, 1966, on Chicago's south side. (AP Photo)
Viewpoints

The Overrated Saul Alinsky and the Conservative Organizers Who Do Better

“They get bitter, they cling to guns or religion or antipathy to people who aren’t like them or anti-immigrant sentiment or anti-trade sentiment as a way to explain their frustrations.”

In those words, Saul Alinsky’s disciple Barack Obama showed his contempt for working-class Americans. Obama was echoing Alinsky’s own comments in “Rules for Radicals” (pages 186–88):

“In the lower middle class we encounter people who have struggled all their lives for what relatively little they have. … They are a fearful people. … [T]hey turn to an extreme chauvinism and become defenders of the ‘American’ faith. … Insecure in this fast-changing world, they cling to illusory fixed points … .”

Many conservatives hold Alinsky in fear and awe. Conservative organizers and activists wonder how they can, consistent with morality, respond effectively to the methods he espoused and that socialists have adopted.

Fortunately, this fear and awe are unwarranted. As this essay explains, Alinsky was, in many respects, a quack. Moreover, his achievements are overrated and frequently eclipsed by those of conservative organizers.

The first step to demythologizing Alinsky is to understand that he couldn’t get his facts straight. His most important book, “Rules for Radicals,” is loaded with factual errors. Here are a few:

Alinsky also was a poor political prophet. Writing in 1971, this is how he sized up the Baby Boom generation (page xiv):

“Today’s generation … have rejected their materialistic backgrounds, the goal of a well-paid job, suburban home, automobile, country club membership, first-class travel, status, security, and everything that meant success to their parents.”

None of this was true. Once the fear of being sent to Vietnam ended, so did Baby Boomers’ “rejection of materialism.” They got jobs, bought homes, and sought material comforts, just like everyone else.

On pages xxiv–xxv, Alinsky predicted that if America admitted it had made a mistake and withdrew from Vietnam it would “shake up the foreign policy concepts of all nations and open the door to a new international order.”

This was another poor prophesy. The results of U.S. withdrawal fully bore out traditional “foreign policy concepts.” Communists seized power throughout Indo-China. They then slaughtered millions—far more than had died in the war. Global political power shifted away from the free world and toward the communist nations. Defenders of our Vietnam engagement had predicted all these things.

In addition to factual mistakes and errors of prediction, Alinsky’s book is marked by contradictions. Thus:

To the extent Alinsky did not contradict himself, he displayed a sort of dime-store Marxism: “All of life is partisan. There is no dispassionate objectivity. … [The organizer] is a political relativist” (pages 10–11). Political attitudes are shaped purely by class (pages 19–20). “Reviewing and selecting available means is done on a straight utilitarian basis—will it work? … To me ethics is doing what is best for the most. … [E]thics are determined by whether one is losing or winning” (pages 32–34). In keeping with such sentiments, character assassination that serves the cause is just fine (pages 132–34).

Alinsky’s ideal organizer was governed solely by “how to organize for power: how to get it and to use it” (page 10). The drive for power surpassed all other values, including the domestic virtues:

“An organizer’s working schedule is so continuous that time is meaningless … work pursues an organizer into his or her home … . The marriage record of organizers is with rare exception disastrous. Further, the tensions, the hours, the home situation, and the opportunities, do not argue for fidelity. Also, with rare exception, I have not known really competent organizers who were concerned about celibacy” (pages 64–65).

The only interesting aspect of Alinsky’s Marxism is that it included a dash of fascism:

“The man of action views the issue of means and ends in pragmatic and strategic terms. He has no other problem; he thinks only of his actual resources and the possibilities of various choices of action. He asks of ends only whether they are achievable and worth the cost; of means, only whether they will work” (page 24).

The wind of contemptuous atheism blows through the pages of “Rules for Radicals,” and its author comes across like a satanic caricature from a C.S. Lewis novel.

But were Alinsky’s “rules” effective?”

There’s no question that some of them can be applied by activists of superior ethical composition. And there’s no question Alinsky achieved some successes—although limited mostly to individual cities and against particular enemies.

But Alinsky’s successes become less impressive when you compare his resources and results with those of American conservative activists.

“Rules for Radicals” says little about media relations. Why? Because Alinsky usually could count on the mass media to favor him, or at least remain neutral.

Alinsky’s projects were supported by the federal and local governments, universities, and tax-exempt foundations. His networking was facilitated by prestigious entities such as the Aspen Institute. Universities hired him to lecture. At least one (Syracuse University) employed him to teach and consult on community organizing. His urban campaigns were operated by paid personnel and underemployed volunteers.

By contrast, conservative organizers labor in hostile media environments where a single unfavorable news article can undo years of work. They receive no government or university funds, and foundation grants are rare. They usually have no paid personnel. Even if they do, they still rely mostly on volunteers, often geographically scattered, and encumbered by jobs, family, and religious obligations.

Yet conservative organizers have achieved results of which Alinsky could only dream: the 1963–64 Goldwater crusade that re-molded the Republican Party; the Tea Party during the Obama years; the vibrant Convention of States movement today.

I know the power of conservative organizing from personal experience. During the 1990s, I headed a Montana civic group organized to curb state tax hikes, toughen public sector ethics laws, and reduce the power of public sector lobbyists. Our budget was minimal. We had no paid personnel or help from foundations, corporations, or government. Our volunteers mostly had full-time jobs (as did I). We were scattered throughout a sparsely populated state. We faced overwhelming media hostility.

Yet in a period of five years we launched the most successful referendum-petition drive in state history, won three statewide ballot issue campaigns (two of them by 3-1 margins), secured passage of a new ethics law, stopped a pattern of state tax hikes, and secured tax cuts.

Compared to victories like that, Alinsky’s success doesn’t seem so formidable.

I think Alinsky was hampered by his premises. Most people are not happy living in his materialistic/lower-animal-life kind of world.

I also think that, during the last five decades, conservative organizers have learned some things. Among them: