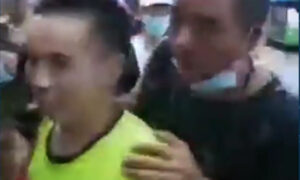 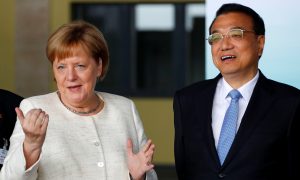 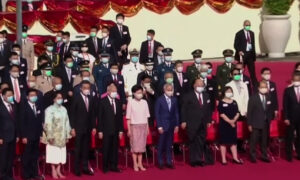 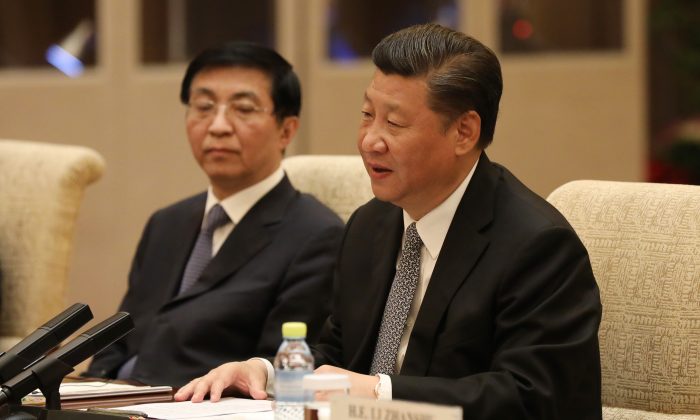 The Outlook on China’s ‘One Belt, One Road’

Wielding wealth and industrial might second only to the United States, the Chinese regime has employed imagery of the ancient Silk Road as part of a vision to take center stage in economic and political influence across Asia and Europe.

“One Belt, One Road” (OBOR), also known as the Belt and Road Initiative, has been a cornerstone of Chinese leader Xi Jinping’s foreign policy since he became the head of the Communist Party in 2013. In the last few years, Beijing has invested hundreds of billions of dollars, and has called to mobilize up to $5 trillion, in energy, transport, and port projects in partnerships with scores of countries over the next five years.

Covering more than 60 nations, OBOR projects so far have had mixed results. On the one hand, pumping billions of dollars into developing (or struggling) economies has obvious diplomatic benefits.

But it is yet to be seen whether China will be able to collect payment for the massive loans it is offering among less affluent and potentially unstable states, and even Beijing’s close allies have been hesitant to fully commit to OBOR.

In November 2017, Pakistan withdrew from a $14 billion investment that government representatives said was “against our interests.” A few days earlier, Nepal canceled a $2.5 billion hydroelectric plant being built by a Chinese state-run company as part of One Belt, One Road. Burma (also known as Myanmar) ended a similar plan, saying that it was no longer interested in hydroelectric dams.

OBOR consists of six proposed land-based economic corridors—collectively termed the Economic Silk Road—radiating out from China to central, south, and southeast Asia, as well as Siberia. It also includes a Maritime Silk Road that links Chinese ports with destinations on Indian Ocean coasts as far as eastern Africa.

International scrutiny of OBOR’s economic feasibility has been paired with concerns that its driver, the Chinese Communist Party (CCP), is attempting to buy political allegiances to consolidate its geostrategic position. In an era where the CCP professes to avoid exporting communist revolution, generous offers for ambitious projects like dams and high-speed rail lines seem geared to align the interests of local governments with Beijing’s long-term aims.

The Trump administration’s National Security Strategy, released Dec. 18, called for the United States to recognize and check the efforts of China and Russia to whittle away at the post-Cold War international order traditionally maintained by U.S. economic strength, rule of law, and military supremacy.

“Our adversaries will not fight us on our terms. We will raise our competitive game to meet that challenge, to protect American interests, and to advance our values,” the paper stated, while noting that “China and Russia target their investments in the developing world to expand influence and gain competitive advantages against the United States.”

In July 2016, an international court ruled that the Chinese regime’s territorial claims in the South China Sea were baseless. But in the Philippines, which has the greatest spatial disputes with China and introduced the arbitration three years prior, the election of President Rodrigo Duterte brought a shift in Manila’s stance.

The Philippines is part of OBOR’s Maritime Silk Road and stands to benefit from the billions of dollars Chinese investment could bring to the island nation’s transport and energy grid.

According to the PhilStar Global, this relationship “emphasizes the importance of taking a quieter stance on our sovereign rights as the key to gaining greater benefits overall.”

After the arbitration on the South China Sea, Duterte—who has made a name for himself by insulting foreign leaders and cracking down on drug traders and users with deadly force—suggested that the Philippines would work directly with Beijing to resolve their territorial disputes.

Elsewhere in Southeast Asia, Chinese companies are spearheading a $5 billion high-speed rail line in Laos and have put a combined $20 billion into the Melaka Gateway of artificial islands and a coastal rail line in Malaysia. Similar projects exist in Thailand, Cambodia, and Indonesia.

In December 2017, the government of Sri Lanka agreed to lease the strategic Indian Ocean port of Hambantota to China for 99 years. The decision was helped along by the inability to pay off $8 billion in debts Sri Lanka owed Chinese state-owned enterprises.

Around 2,000 years ago, armies of the Han Dynasty pacified nomad tribes and opened up the Silk Road, creating trade links through Central Asia that brought the splendors of Chinese civilization as far as the Roman Empire.

OBOR’s economic corridors through Russia and Central Asia aim ultimately at Europe, facilitating overground trade and putting Beijing in the good graces of local authorities. Kazakhstan and other post-Soviet Central Asian states are heavily invested in OBOR and form the focal point in Beijing’s east-west ambitions.

Russia suffers from chronically antagonistic relations with NATO and the European Union, and has often turned to China for support. The two countries are strong trade partners and Moscow has expressed enthusiasm for OBOR. In June, Russian President Vladimir Putin said the project had “paved the way for a new stage of cooperation in Eurasia.”

Despite the low-intensity conflict between Russia and Ukraine over the latter’s eastern regions, China has also courted Kiev. China has announced plans to spend $7 billion to develop transport infrastructure in Ukraine and sees the country of 45 million as an important stepping stone to Europe.

According to Franklin Holcomb, a Russia and Ukraine analyst at the Institute for the Study of War, in an interview with the Daily Signal, “an acceptable end state for both countries would likely be a Ukraine that is under Russian political and military influence, is being rebuilt with Chinese funds, and serves as a conduit for Chinese influence to Europe, where Western influence is minimized.”

Despite the recent Sino-Russian cooperation on the northern flank of OBOR, the project seems to be progressing at a glacial pace. The endeavor, as noted in an article published in October 2017 by the Diplomat, enjoys little real development and is hampered by the bureaucratic and financial realities in Russia’s infrastructure sector.

The presence of strong, independent, or pro-U.S. powers—particularly India, Australia, and Japan—also presents a conundrum for the Chinese regime, with much of OBOR’s overland and maritime “Silk Road” projects centered on South and Southeast Asia.

In December, Russian Foreign Minister Sergei Lavrov urged India to support OBOR, which it has been boycotting in large part due to how much it involves Pakistan, a long-time Chinese ally. New Delhi protests the fact that a portion of the China–Pakistan Economic Corridor runs through the disputed Kashmir region.

Adding to China’s, and by extension OBOR’s, financial worries is the recent U.S. tax cut. The reform, which Beijing vehemently criticized, puts pressure on the top-heavy Chinese economic structure that favors a collection of big state firms over the private sector.