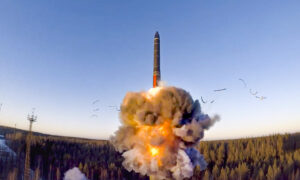 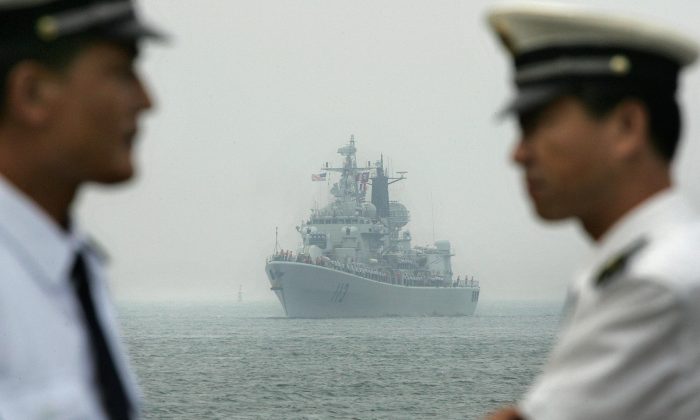 The Outlook of US-China Relations: Learning From the Cold War

From the second half of Trump’s presidency to the present, U.S.-China relations have deteriorated and Panda Huggers are uncomfortable with the situation. So, what is the current state of U.S.-China relations? Are they friends or enemies? It seems difficult to gauge the Biden administration’s approach toward China. Given the current state of affairs, a military conflict could be inevitable as a new cold war between the United States and China has already started. In recent years, China has been building up its military and openly threatened the United States. How is the Biden administration responding to Beijing’s aggressive tactics?

Why Embrace a Confrontational Panda?

The Chinese Communist Party (CCP) is a totalitarian regime. Since the founding of the Party, it has continued to suppress and persecute its people such as innocent Falun Gong adherents, Uyghurs, and Tibetans. Despite the regime’s atrocious human rights record, Panda Huggers have continued to support the CCP for decades. Even former President George H.W. Bush turned a blind eye to the brutal crackdown of pro-democracy student protesters in Tiananmen Square on June 1989.

For decades, Panda Huggers have fooled themselves into believing that the market-oriented CCP regime would abandon autocracy and accept democracy.

Former President Richard Nixon embraced China as an ally during the U.S.-Soviet Cold War, and other U.S. presidents have done the same in order to gain lucrative trade deals. So, can diplomacy and trade justify the U.S. policy of appeasement toward China?

Twenty years ago, the United States opened the door for China’s accession to the World Trade Organization. But tensions escalated between China and the United States during trade talks under then President Donald Trump–his administration called out Beijing for stealing American intellectual property and threatening U.S. security. The comprehensive technological theft and intellectual property infringements by the CCP was going on for many years, causing the United States to suffer a yearly loss of $500 billion. The CCP wants to leverage China’s position as the “world’s factory” to fully occupy the U.S. market and raise huge amounts of funds to expand its economic and military influence around the world, thereby threatening the national security of the United States. Even as a strong nation, the United States will not be able to sustain and tolerate this economic encirclement and suppression.

CCP’s Goal: Defeat the US

The Communist regimes’ attempt to weaken and even shake the Western democratic powers has never stopped.

The Cold War was only an inevitable product of the Soviet Union’s military threat to the United States. It can be said that the Communist regimes’ desire to conquer the democratic fortress and the capitalist system is a strategy developed from Marxism.

The United States has never intended to eliminate the communist powers but only responded defensively to their military threats—this is how the United States responded to the Soviet Union during the Cold War and it is taking the same approach in dealing with the Chinese regime. Democratic countries cannot and will not directly provoke a war against communist regimes with nuclear weapons, but the “red powers” (communists) are just the opposite and don’t care about the lives of their people.

In the past, the CCP has fought with the U.S. military in North Korea and Vietnam. And now, a cold war has ignited between the CCP and the United States. Whether it is a friend or a foe, the CCP’s main objective is to defeat U.S. imperialism.

The current Sino-U.S. military relations must not be treated simply based on facts, but based on a historical perspective. The CCP’s military threat to the United States is now an unavoidable reality.

The threat of the red powers to Western democracies, mainly the United States, began with the Berlin crisis in 1948, when the Soviet Union suddenly blocked land transport to West Berlin controlled by the Allied forces. This caused difficulties for the survival of garrison and residents of West Berlin. The U.S. military used a large-scale airlift to break the blockade. Modern world history generally believes that this crisis is the beginning of the cold war between East and West. This threat has disappeared for decades after the disintegration of the Soviet Union. Now, the CCP has begun its military threats on the United States.

The military confrontation between the United States and the Soviet Union can be divided into four stages. First, the two armies confronted each other in a third country—the Berlin crisis is an example. Second, when the red power launched a war in the third country, the United States intervened and large-scale ground and air wars occurred. Examples include the Korean War and the Vietnam War. Third, the red power directly issued a nuclear threat to the United States, as was the case with the Cuban Missile Crisis in 1962. Fourth, the two sides entered into nuclear arms expansion and war preparations while preventing nuclear attacks, until the red power collapsed.

What needs to be pointed out is that between the second and third stages, a significant transition of the Cold War took place. That is when the launch of nuclear weapons had a technological breakthrough. This includes two aspects. First, nuclear weapons were transformed into warheads of conventional ground weapons and underwater attack weapons, that is, artillery shells and torpedoes equipped with nuclear warheads were developed. During the Cuban Missile Crisis, four Soviet submarines near Cuba carried nuclear torpedoes, but the United States did not know it at the time. Second, the advent of nuclear missiles meant a breakthrough in the long-range projection of nuclear weapons, and the two sides could carry out nuclear threats across oceans.

Before this turning point in the Cold War, the United States could engage in military confrontations with the red powers in third countries—hot wars like the Korean War and the Vietnam War. But the emergence of long-range nuclear threats put an end to this situation.

China and the United States are engaging in an undeclared warfare where both sides are in a state of nuclear threat to each other. Its basic feature is that the two sides continue to expand their armaments and prepare for war.

Is Beijing Instigating a New Cold War Through Military Threats?

The military threats of the red powers often started unexpectedly. In my article titled, “Beware of the China Appeasement Crisis Looming in the US,” I analyzed the three military operations that the CCP proactively launched against the United States in the first half of 2020. The three military threats are as follows: in January 2020, the CCP sent a naval fleet to Midway Island for coercion exercises; in March 2020, the CCP announced that it would occupy the international waters of the South China Sea and establish a deep-sea fortress for nuclear submarines that pose threats to the United States; and in June 2020, Beijing announced the completion of the Beidou navigation satellite system which rivals the U.S. GPS. The construction of the system can carry out precise missile strikes on the United States.

If we follow the framework of the four-stage development of the Cold War to understand the current Sino-U.S. military confrontation, the first phase of hostility has already taken place; and the third stage when the red powers directly pose nuclear threats to the United States has already occurred. The Cuban Missile Crisis in 1962 during the Cold War is an example of how a conflict escalated and entered the stage of nuclear threat. In October 1962, a U.S. spy plane spotted the Soviet Union’s medium- and intermediate-range ballistic missile facilities in Cuba, about 90 miles away from Florida. In response, President Kennedy ordered the U.S. military to enter a DEFCON 3 (defense readiness condition), a naval blockade of Cuba to prevent the Soviet Union from sending more nuclear missiles.

A new version of the nuclear threat is displayed with intercontinental missiles, and nuclear weapons are now manufactured by the Chinese regime.

A New Version of the Cuban Missile Crisis

After China launched its Beidou satellite on June 23 last year, German media DW News published an article on June 26, touting China’s military strength: “Beidou impacts the global navigation landscape, China’s military power greatly increased.” It claimed that “the completion of the Beidou system also means that China’s military capabilities have significantly improved. It [Beidou] has the capabilities of both global operations and precision operations. It is able to perform more precision surgical strikes on global targets.” Obviously, the article was talking about the nuclear threat aimed at the United States.

Furthermore, Beijing’s mouthpiece recently called for equipping the Chinese military with more nuclear weapons to intimidate the United States. On April 23, the Chinese regime unveiled two new warships and a nuclear-powered ballistic missile submarine at its strategic naval base in Sanya in Hainan Island. Chinese media announced that China’s SLBMs can strike anywhere in the United States from the South China Sea. It also released the emblem of the new nuclear submarine, showing a nuclear missile fired from the South China Sea to North America.

How does the Biden administration view the Chinese regime’s nuclear threat?

As tensions between China and the United States escalate, is the Biden administration preparing to confront, to compete, or to cooperate with the CCP? So far, President Biden has refused to make a clear stance.

Dr. Cheng Xiaonong is a scholar of China’s politics and economy based in New Jersey. Cheng was a policy researcher and aide to the former Party leader Zhao Ziyang, when Zhao was premier. He also served as chief editor of the journal Modern China Studies.