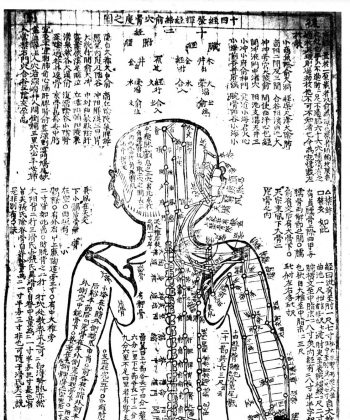 Some suggest that in addition to our physical form, we also possess an unseen energetic body. This might help explain the phenomenon of phantom limb syndrome. Photos.com (Photos.com)
Beyond Science

“I suddenly felt a strong pain in my left leg. I tried to reach it… with my only arm, but finding myself too weak, called the nurse and asked, “Please help me scratch the itch in my left calf.” He replied, “The calf? We had to remove them!”

The lower legs of American serviceman George Dodlow were gone, but could still be felt. Sensation emanating from his missing limbs seems logically impossible, yet Dodlow—who lost his an arm as well as his legs during the Civil war—is among thousands of cases of phantom limb syndrome that 19th century neurologist Weir Mitchel recorded during his long career. Today, some estimates suggest that as many as 80 percent of amputation patients around the world experience this strange phenomenon. Individuals who lose a limb, an eye, or a tooth continue perceiving sensations of touch, heat, cold, and pain in their physically non-existent anatomy.

Similarly, there exist a certain number of cases in which some paralysis patients subjected to the most rigorous medical examination appear to have no physical problems. Their muscles and blood vessels present the immobility that would be expected in usual paralysis, yet the nerves corresponding to the unresponsive limb appear normal.

So what’s behind this strange occurrence? Many neurologists believe that with the loss of a limb, the area of the brain corresponding to that limb becomes dormant, causing the adjacent somatic sensors to provoke responses such as pain or numbness. In 1998, Vanderbilt University psychology professors Neeraj Jain, Sherre L. Florence, and Jon H. Kaas conducted studies showing that phantom limb pain may be a product of the brain attempting to reorganize itself following a trauma.

“Until recently, most neuroscientists believed that the adult brain is hard wired and largely incapable of reorganization. The only areas of the brain where some reorganization might occur would be those involved in learning and skill acquisition. However, over the past two decades, it has been conclusively established that even primary sensory areas of the brain are capable of reorganization in response to injuries or changes in patterns of peripheral stimulation,” write the Vanderbilt professors.

Even so, while the brain may experience a partial reorganization after such a trauma, how does this explain children born without a limb presenting the same symptoms as adult amputees?

One of the latest and most controversial hypotheses currently offered to explain how the brain can continue accommodating a complete sensorial spatial representation of the lost limb is described as an intangible or “microcosmic” body. The theory suggests that, composed of subatomic particles ordered in accordance with the physical dimensions of the organism, an intangible body could explain why a limb clearly removed in this cellular dimension could remain intact in another dimension. Likewise, it could explain why in different cases, with no observable existing indications of pathology or damage in the physical body, a patient’s limb refuses to move or perceive any sensation.

But is the existence of another body composed of extremely microscopic particles scientifically possible? Can it be verified that a determined appendage, while possessing no physical existence, lives on in another dimensional existence? While these questions appeal to our sense of wonder and imagination, perhaps most important is applying the theory for an effective treatment. If there is “another body,” how do we access it?

In his book “Phantoms in the Brain,” Dr. V. S. Ramachandran writes about a curious case of phantom limb. One of his patients had his arm amputated following a car accident, yet suffered severe pain in the missing arm that lasted years. For much of the time, after the unfortunate removal of his arm, the patient suffered from an acute pain emanating from his missing limb—from where his hand had been until the stump of his elbow. According to this patient, the cause of the persistent pain came the moment his arm was removed. Reacting to the procedure by forcefully driving the nails of his hand into the palm, the patient felt as if his hand was forever frozen in a tight fist.

Looking for a way to quell the mysterious pain of this individual, Dr. Ramachandran designed a device that could help him relate to his phantom limb: a small rectangular box with a pair of armholes and a mirror that divided the device into two compartments. The patient would extend both hands toward the box, introducing the unharmed hand toward it, and with the aid of the mirror he could imagine that his amputated hand was still there on the other side. In this way, with his visible hand opening very slowly, the patient could feel that his nails had finally lifted from the palm of his missing hand.

Between Medicine and Mysticism

In the “intangible body” theory, when a limb is removed, the procedure does not affect deeper dimensions. The energy and the incorporeal particles of the organism remain attached to the individual and his brain in other dimensions, even though they adapt and transform according to the requirements of the physical state.

While it may sound mystical at first, the theory is really a matter of perspective. For instance, when Western medicine observes inflammation or an ulcer, Traditional Chinese medicine can see that there is a blockage of vital energy (qi). Each system takes a different approach for treatment, but in both cases when the patient is healed, symptoms disappear. While the meridian system in Chinese medicine is not “visible,” it has nevertheless been used for thousands of years to address a wide variety of health problems in the physical body.

“In Chinese medicine if a patient loses an organ, limb, or any anatomical part of the body, the energy of that tissue and the corresponding meridians and acupuncture points remain,” says Mary Helen Lee, an Oriental Medicine practitioner in Chicago. “An acupuncture treatment can be used on the missing organ’s meridian or on the remaining opposite limb to heal phantom pain.”

The phenomenon of phantom limb syndrome sparks interest into the true nature of our body, its interaction with the mind, and the environment surrounding it. Do these patients merely suffer from a glitch in the brain, or does it speak of some deeper process? Similarly, do our atomic nuclei die after cellular disintegration, or somehow survive in some optically undetectable state?