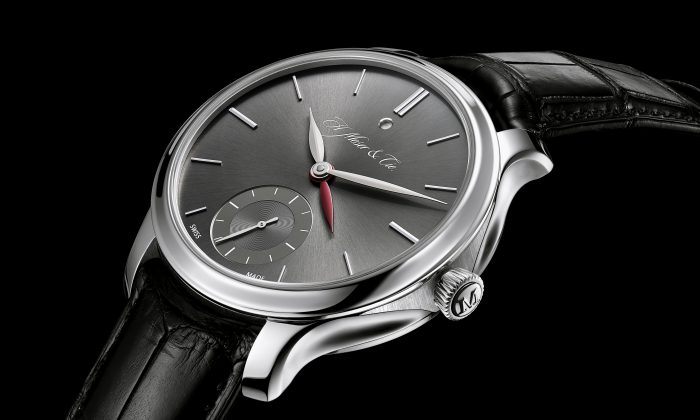 The Oscars for Watches, Just Much More Complicated

In the teeny tiny world of mechanical watches—watches that tell time without the use of a battery and need to be wound up manually or gently rotated to activate the gears and wheels that make the watch tell time inside—it’s mind-boggling to think that hundreds of parts under the watch dial are assembled by the steady hands of master watchmakers. That’s complicated. Complex, in fact.

But first, let’s point out the differences in a mechanical watch versus a watch that runs on a quartz battery. Mechanical watches measure the passage of time using tiny highly tuned mechanisms driven by a spring that winds up and unwinds. The force from the spring causes a series of tiny gears to power a balance wheel which oscillates back and forth at a constant rate and moves the hour and second hands on a watch.

Second, it’s worth noting that Geneva, the undisputed capital of serious watchmaking—Switzerland is a nation of tiny tinkerers—recently hosted the annual Grand Prix d’Horlogerie de Genève (GPHG). This contest between high-end watch manufacturers, similar in importance to the Oscars, awards prizes to watch companies for technical miracles, discoveries, and other timely innovations.

For seasoned watch collectors and cognoscente, and those curious enough to start investing in these tiny mechanical marvels, prices aren’t entry level—think Timex—but can be astronomical, into the thousands of dollars. However, considering that certain watch brands like Rolex hold their value over time, putting money on a wrist might be a rewarding investment.

Precise to the Nearest Tenth of a Second

One such renowned and reliable watch company in the midst of a revival is Zenith, which was founded in 1865 and gained considerable attention when it introduced its El Primero series 40 years ago. El Primero is the name for Zenith’s chronograph—a specific type of watch that is both a stopwatch, with an independent sweep second hand, and a regular time-keeping watch—and its distinction is that of being the most precise series-made chronograph that can measure short times to the nearest tenth of a second.

El Primero takes an average of nine months to make, with a series of 2,500 operations performed by 300 expert pairs of hands using 18 different metals with a cadence of 36,000 vibrations per hour, which makes a watch collector’s heart flutter. The Zenith El Primero Stratos Flyback Striking 10th was awarded the Sports Watch Prize at this year’s GPHG.

Rolex, the mother of all watch brands whether you like it or not, actually introduced a sub-brand called Tudor in the 1950’s that was designed using standardized Rolex features, like the emblematic Rolex case, but inside, lesser expensive movements to keep costs down. Rolex founder Hans Wilsdorf started Tudor with the intention of its being a more affordable watch brand. With a recent relaunch of Tudor, it’s no accident that the most popular styles are the ones that look like the vintage models, such as the Heritage Chronograph, the Advisor, and the Black Bay Diver, the latter being awarded the Revival Prize at the 2013 GPHG.

H. Moser is a relatively unknown watch company in the U.S. but has plenty of pedigree and provenance. The company was founded originally in St. Petersburg in 1827 by Swiss émigré, Heinrich Moser, who returned to Switzerland in 1848 and got serious about watchmaking. The company’s new Monard collection is an elegant and classic timepiece which looks very traditional. However, under the “hood” inside the case, there are a number of technical, award-winning innovations such as its being able to be set accurately to the second. The H. Moser Mayu in red gold was chosen for the 2013 GPHG preselection touring exhibition.

The oldest watchmaker in the world, Blancpain, was founded in 1735. One of a handful of true “high” watches characterized by extreme “complications”—lots of time spent by tinkering watchmakers to develop frictionless escapement innovations, antigravity challenges inside a watch, and chiming watches, among other miniature marvels—Blancpain’s reputation relies on its heritage as well as its innovations.

This year, the company celebrates the 60th anniversary of the Fifty Fathoms watch, which is the name of the watch industry’s first modern diver’s watch. A rugged watch, Fifty Fathoms is the result of years of refining to produce as perfect a watch as possible to withstand the rigors of deep sea diving.

So the next time you shake someone’s hand, take note of the watch that’s strapped to his or her wrist. You might find yourself engaging in some interesting conversation about one of the world’s smaller collectibles.

And, in case you were wondering, the 2013 GPHG “Aiguille D’Or”—”Golden Hand”—Grand Prix went to the Girard-Perregaux Constant Escapement L.M. The “Constant” in its name refers to a holy grail in mechanical watchmaking that has perplexed watchmakers since the dawn of time: the constant force.