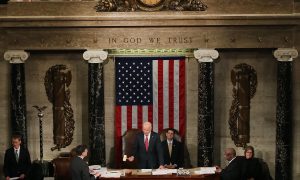 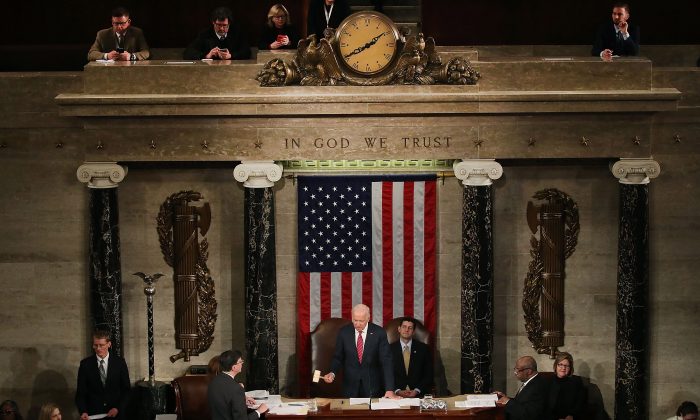 Vice President Joseph Biden (C), presides over the counting of the electoral votes from the 2016 presidential election during a joint session of Congress, on Jan. 6, 2017, in Washington. Mark Wilson/Getty Images
Viewpoints

The Origins of the Electoral College

I recently had the chance to talk with a group of high school students who asked me questions about the Electoral College.

When I asked them to rate their own knowledge of the institution between 1 (near none) and 5 (metaphysically complete), they mostly ranked themselves at a generous 2.5, which, I assume, is where most of us would claim to be.

In my next few articles, I’ll answer those students questions so that you might add to your own score and better understand one of the most consequential but least understood of our political institutions. We begin with the beginning.

Where Did the Electoral College Come From?

To understand the Electoral College, we should first understand that in creating the presidency, the framers of our Constitution were creating an office unlike any that had ever been seen before. In an age of monarchy, they were attempting to create a representative and elected executive, and then they had to figure out how to select a person to fill the role.

Ultimately, they had one overarching goal in the selection process—to have a system that would produce the right person for the office.

They were focused, in other words, on “outputs”—getting a proper president—when they were debating methods of selection. Many of the members at the Constitutional Convention wanted Congress to choose the president, as they assumed the people would choose wise and good representatives in Congress who then would know the right person to fill the presidency. The downside, of course, is that such a system would violate checks and balances by making the president a creature of Congress.

Only two members of the Convention spoke in favor of having a direct election by the people. This direct “democratic” election was believed to be flawed as it was not assumed the American people were in a position to know the true characters of candidates and which of them would actually make a good chief executive. A single national election also brought problems for the decentralized, federalist nature of the republic in which all elected officials would be chosen by local or state entities.

In the end, they settled on a form of representational selection—having state-based electoral colleges that would deliberate, discuss, and choose a wise and good person for president, and then would disband so the president would be free of political pressure from the people or an existing body.

The system would work like this: Each state would be given electoral votes equivalent to the number of representatives and senators they had. The state legislatures would then be empowered to create a process to select electors. Those electors would meet in their respective states and share information and deliberate with one another before casting their votes for “some fit person for president,” as Alexander Hamilton summed it up.

If no candidate got a majority, then the House of Representatives would choose the president from the top five vote-getters. The House would vote, though, with each state having but one vote—a very important provision forcing more deliberation on the candidates (this time by the House members from each state) and recognizing the states as the essential units of the Republic.

What can we learn from this brief overview of the Electoral College’s origins?

First, as shocking as it may be, you have no constitutional right to vote for president. (Shhh, don’t tell your civics teachers or your parents, kids!) The Constitution leaves it up to the state legislatures how to choose the electors. At its creation, it wasn’t anticipated that people would actually vote for the electors, let alone directly for a candidate. What was anticipated is that state legislatures would act as representatives of their people and the interest of their states and would select a group of wise civic leaders who might know the candidates and what it takes to be an effective administrator.

Second, the framer’s goal was getting good and independent presidents. They were, in other words, focused on outputs where our contemporary focus is often on inputs when we talk about the demands of democracy or “one man, one vote” or electoral equality.

Fourth, the states were the essential political entity involved in choosing the president. The electoral votes were divided up by states. The state legislatures would choose the electors from their state. The electors would meet in their state. In case no candidate won a majority, the House would organize itself by state units to deliberate and vote. And the Senate, of course, is organized according to equal representation of the states and, if necessary, would choose the vice president.

The Electoral College no longer functions the way it was intended, but it retains some of the core elements of our founding; most powerfully today it reminds us that we are not one big and undifferentiated nation, but are states united with differing interests, values, and contributions to be made to the common enterprise.

Well, if it no longer functions as it was intended, how has it evolved and why? That question will be taken up in the next installment.

Gary L. Gregg is the director of the McConnell Center and the host of the podcast Vital Remnants.