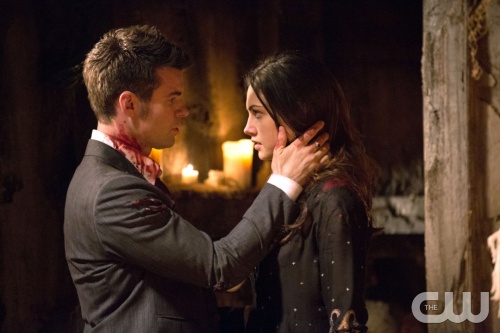 The Originals on CW has been renewed for a season 2.

Although an air date hasn’t been announced yet season 1 premiered on October 2 so season 2 will likely premiere around then. CW will announce its fall lineup on May 15. The Originals should continue airing on Tuesday nights because CW President Mark Pedowitz said that its brought great success to Tuesdays, along with Supernatural.

The cast of the show is hard-working, and is already working on the first three episodes of the next season.

“Structurally, it just made sense to continue on with the second season, given where everybody’s schedules were at and when everybody was working,” Daniel Gillies (Elijah) told TVLine.

“We were all of the mind that, ‘Look, the engine’s already firing on all four cylinders and we’re all here, so let’s just get this done.’ People still get their hiatus, but it’s nice to continue going without having to do a reset. There’s something awkward about coming back for a new season. That first episode is just a little clunky; you’re not quite at ease.”

Big news came recently when it was reported that Daniel Sharman (“Teen Wolf”) will have a major role in the next season.

“Intent on wreaking havoc, wooing women and causing as much chaos as possible, Kaleb has been deeply wounded by a horrific family upbringing and covers his emotional bruises with a wicked sense of humor, as well as a wicked temper. When you’re on his good side, there’s no better party. Get on his bad side? Well, you’ll regret it.”