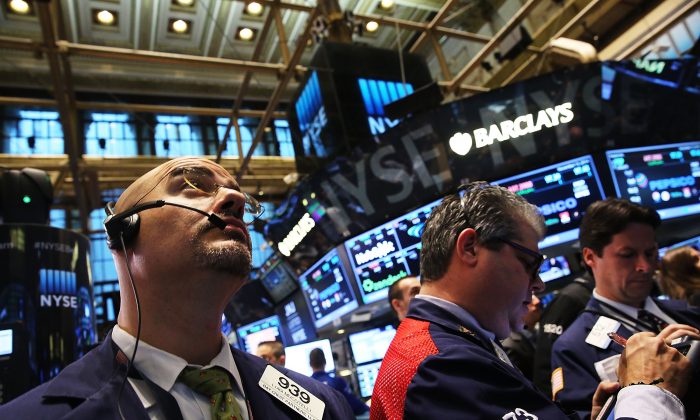 Traders work on the floor of the New York Stock Exchange on Nov. 13, 2014, in New York City. Financial markets are facing almost diametrically different challenges from what they faced in the 1970s. (Spencer Platt/Getty Images)
Business & Markets

The Ordeal of Change

Financial markets have been most interesting these past few years. No one can say that theories of wealth management or economic development have been staid and boring.

Even professionals with long-time experience have had lots to learn. And learning is crucially important when it comes to investing, because we live in a world of continuous change, and we don’t want to be calcified in an era that no longer exists.

To illustrate how different is today’s situation, let’s take this perspective: Let’s suppose it is 1970, and we’re putting together a case for a powerful rise in financial markets around the world.

What theories and viewpoints would we have brought to bear on our forecast? And how does that contrast with today’s environment?

• Globalization then: A huge relentless trend toward globalism and globalization was in the offing. This would accelerate global economic growth and, therefore, also profits and income. This would be good for stock and bond markets over time. Now: Anti-globalization is setting in. Bodies such as the G20 can’t agree on much. And nationalism is raising its head in many countries.

• Free markets then: There was a strong belief that communist and less-developed nations of the world would become convinced of the benefits of “free market economics,” creating a huge boost to world economic growth as well as profits. Now: The post-cold-war days again show signs of freezing (i.e., rising Russian belligerence). The peace dividend has turned to divided pleas.

• Population growth then: Population growth remained high (though it was already beginning to slow on a global basis). However, household formation would continue to be strong because the baby boomers were beginning to join the workforce and start families. Now: Globally, we are witnessing a rapidly aging populace. Economic growth is still sluggish.

• Central banking then: With the increasing spread of fractional-reserve banking and central banking around the world, the world’s central banks would multiply over the next 50 years and become much more facilitative. Now: The major central banks own financial assets equivalent to more than 30 percent of world GDP. How much more?

• Financial asset prices then: Overall, financial assets were cheap. With expected high economic growth, investment returns would on average be high for decades to come. Now: Expected returns (based on historically based valuation models) are very low. Upside is therefore much more limited than investors might have enjoyed back then.

We are not dealing with your financial markets from the 1970s. In fact, many factors have been turned on their head from those times. And as much as these conditions might have changed, it remains also true that some things will not—for instance, pigs will never fly.

Nevertheless, how long can this unique set of factors continue to contribute to buoyant financial markets? Of course, no one believes that current trends are infinitely sustainable. The basic laws of mathematics and physics would need to be overturned for that to occur.

Nevertheless, central banks have not yet entirely run out of their policy bullets. This is a key point to recognize. This implies is that financial markets will experience bouts of volatility from time to time.

However, as long as central banks have not entirely emptied their monetary bag of tricks, it is best advisable to stay committed to a balanced portfolio with below-average risk. In the meantime, interest rates will likely remain low for cash-equivalent assets.

One of the most damaging outcomes of today’s genre of unorthodox monetary policies is a radical acceleration in wealth stratification—the so-called top 1 percent getting richer, and the rest becoming relatively poorer.

How are those 1 percent rich—who are in fact, the top 10 percent—becoming richer? They hold income-generating assets, not dormant cash balances.

Someday, these strategies will change…but likely not just yet. In the meantime, it is important to ensure that excessive risks are well identified and avoided.