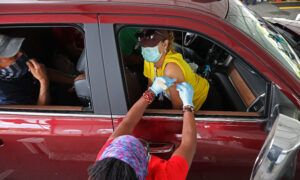 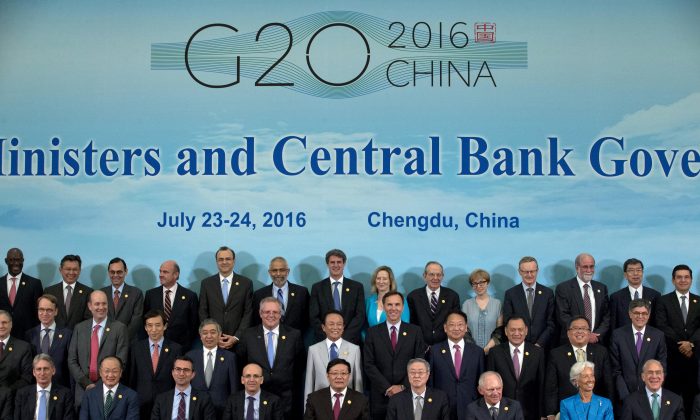 The G-20 summit in China came and went with the usual pompous statements at the end:

“The communiqué reiterates the essential role of structural reforms in boosting productivity and output, as well as in promoting growth in G-20 countries. The choice and design of structural reforms are consistent with countries’ specific economic conditions,” the People’s Daily sums up one of the points on the agenda.

The other points where the G-20 reached some kind of consensus were trade, anti-corruption, financial reform, investment, industrialization, entrepreneurship, climate change, innovative growth, and development.

Don’t hold your breath for any of consensus decisions to be implemented anytime soon. Most countries are fighting to solve problems on their home turf in any and every aspect except for one: The push of the global elites to make the International Monetary Fund‘s (IMF) Special Drawing Rights (SDR) the next global reserve currency.

Ok, maybe two: The Paris Climate Accord is also something most countries do agree on, but that’s another story for another section.

“The communiqué supports the ongoing examination of the broader use of the SDR and welcomes the inclusion of the yuan in the SDR currency basket,” the People’s Daily states. The Chinese currency will become part of the basket representing the SDR on Oct. 1.

After “in-depth, candid and constructive talks on China-U.S. relations” both countries reiterated this point, stating they will explore “broader reporting of accounts and statistics in the SDR and the issuance of SDR-denominated bonds,” according to the Global Times.

But it’s not only Chinese state media that thinks the United States and China are really working together on this one—of course falling short of stating outright the SDR should replace the dollar as the world reserve currency.

Adding the Chinese yuan to the SDR is a great way for the United States to stay in control.
— Willem Middelkoop, author, The Big Reset

Willem Middelkoop, author of “The Big Reset” and long-time student of the IMF, thinks making the SDR world reserve currency is the final goal, not only of China and the United States.

“Behind the scenes, the system preparations have been made to the international monetary system which will allow us to introduce the SDR as one of the world’s reserve currencies, as a world reserve currency which could become and replace the dollar.”

He thinks the United States had to go along with the Chinese because they hold a large portion of the U.S. government debt. This does not mean, however, that the dollar will become meaningless in the near future, as it is still the most important currency within the SDR basket.

“Adding the Chinese yuan to the SDR is a great way for the United States to stay in control. The U.S. dollar is still more than 42 percent of the SDR, even after Oct 1. So this is a solution which is acceptable for both the Chinese and the Americans. Even Putin can agree with this. By upgrading the SDR the United States will become less important, but it will still be the leading currency. Both Russia and China understand the need for the dollar for the foreseeable future.”

In fact, the United States still has veto power within the IMF and can theoretically make decisions unilaterally, including forcing individual members to give up their currency reserves and trade them for SDR and vice versa.

You have to be a well-informed analyst to see the changes and to understand how important these changes are.
— Willem Middelkoop, author, The Big Reset

He also explains why the G-20 hasn’t stated this goal explicitly: “It’s not in the United States and the IMF’s interest to make a large promotion about this. You have to be a well-informed analyst to see the changes and to understand how important these changes are. They are spun to appear to be small changes.”

Small changes are hidden in plain sight. In its Articles of Agreement, the IMF states each member is obligated to “making the special drawing right the principal reserve asset in the international monetary system.”

Within the context of these small changes, however, the Chinese won a symbolic victory to have one of the U.S. controlled global institutions, the World Bank, issue a bond denominated in SDR in China.

“It’s more symbolic but highly significant. It shows that the U.S.-centered institutions, the IMF and the World Bank, really accepted the Chinese demand,” said Middelkoop.

That goal to replace the dollar and euro and other currencies as international reserves with the SDR remains the overriding vision that China has in mind.
— Warren Coats, former head, IMF's SDR division

According to the former head of the IMF’s SDR division Dr. Warren Coats, China does plan on completely replacing the U.S. dollar in the long term and that private bond issues like the one from the World Bank are necessary to build capital markets and pricing mechanisms for the SDR.

“That goal to replace the dollar and euro and other currencies as international reserves with the SDR remains the overriding vision that China has in mind,” he said. “Any serious undertaking to promote the SDR as an attractive, viable international reserve asset requires an extensive private use of SDRs, like the World Bank bond and there needs to be lots more of that.”

He suggests for the SDR to take over from the dollar, major commodities like oil also need to be priced in SDR, and the banking system needs to create deposits and loans in SDR as well.

Dr. Coats would like to see the SDR reflect a basket of goods and services to ground the SDR in the real economy.

Other people think gold could be added to the basket of currencies to soften the volatility in paper currencies like the euro and the dollar.

Like Catherine Schenk, a professor of international economic history at the University of Glasgow, for example.

Gold could “provide a counterweight to the impact of the depreciation/appreciation of the dollar
(and other currencies) since the gold price tends to be inversely related to the dollar,” she writes in a 2011 paper.

However, although the IMF holds 2,814 metric tons of gold reserves, it won’t be part of the SDR anytime soon according to Dr. Coats: “This would not be allowed under the current articles. They prohibit gold from being part of the SDR.”