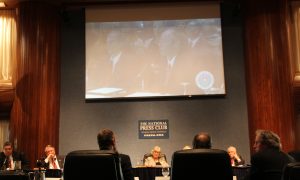 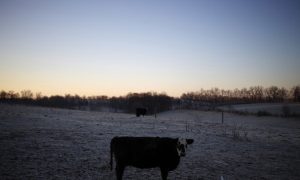 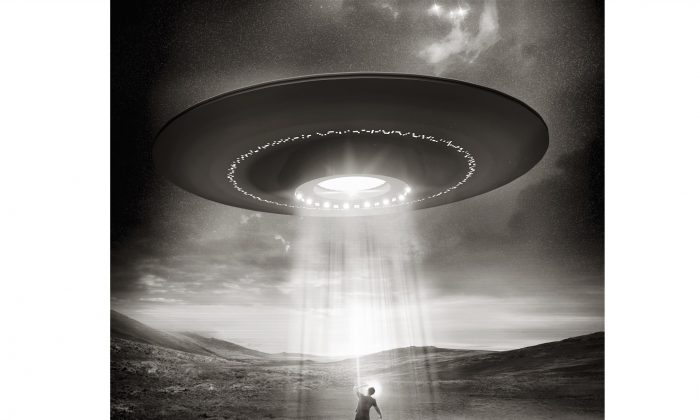 An artist rendition of an alien abduction. (solarseven/iStock/Thinkstock)
Beyond Science

The Odd Phenomenon of Alien Abduction

Alien abduction is a phenomenon that for decades has struck fear and curiosity in scientists, enthusiasts, and even officials and U.S. congressmen. March 20 saw the passing of the annual Alien Abduction Day, which will likely usher in a new season of UFO festivals and conferences where like-minded individuals will gather to compare notes on the phenomenon.

But that begs the question: Are alien abductions really happening across the world?

The most likely answer is yes or, rather, that the abductee is telling the truth and believes what he or she is saying. Although it is impossible to verify every claim of alien abduction, the great majority of cases involves a certain level of psychological trauma indicating that even if the people weren’t abducted by aliens, they definitely experienced something and that the experiences weren’t the product of over active imaginations.

However, other researchers, including Harvard Medical School professor of psychology John E. Mack was a proponent of the alien abduction theory and claimed that these people’s experiences were real. He believed that the majority were indeed abducted by extraterrestrials and subjected to a variety of traumatic and horrible experimentations, according to the John E. Mack Institute.

Former Congress Members Seek Truth on Close Encounters
The phenomenon cannot be understood within the realm of traditional science, Mack believed. His work attracted the attention of hundreds of alleged abductees who saw him as a person they could turn to and not fear ridicule.

Mack, who died in 2004, won a Pulitzer Prize in 1977 for his work “A Prince of Our Disorder,” about T.E. Lawrence, also known as Lawrence of Arabia.

Boston psychiatrist Dr. Benjamin Simon conducted the hypnotic sessions with the couple, which revealed a more detailed encounter with aliens, including their abduction, examination, and even a brief conversation Betty had with one of the aliens.

Simon’s conclusions, according to UFO Evidence, were that the couple was not lying but that the experience was a result of Betty subconsciously filling the details of their amnesia with an alien abduction scenario and that Barney subconsciously absorbed Betty’s details of the encounter and reflected those in his separate hypnosis session.

Another account comes from Travis Walton whose story of curiosity-turned-desperate close encounter was turned into a major motion picture “Fire in the Sky,” (1993) based on Walton’s book “Fire in the Sky: The Walton Experience.”

Walton’s account describes Nov. 5, 1975, when he and six others were clearing trees in the Apache-Sitgreaves National Forest in Arizona. As the crew was wrapping up its work for the day, a light came through the trees and a flying saucer appeared. As Travis curiously approached the craft, he was injured by a beam of energy from it. The other men drove away frantically, having witnessed the encounter and believing something similar would soon befall them.

Missing for five days, Walton recounted his experience of being surrounded by three small humanoid creatures with unusually large brown eyes whose pupils covered the whole eye. In retrospect, he believes the encounter was not premeditated. The craft may have been trying to flee the forest scene, but Travis was injured by energy emitted from the craft’s propulsion and the aliens may have felt obligated to take care of him. However, his experience was both physically painful and emotionally traumatic.

But Where Is the Physical Evidence?

Many “abductees” and even some who have never recalled any abduction event experience a sudden protrusion on a certain part of their body. Some of these people have x-rays showing objects lodged under their skin. Others have had them removed.

One example includes Licia Davidson (37) who had a crystal-like object removed from her foot in 1997, according to MUFON (Mutual UFO Network, one of the world’s most widely recognized organizations for UFO research).

Bizarre Cattle Mutilations Baffle Investigators
Other cases include Pat Parrinellio (47) and Mary Jones (Pseudonym, 52) who had metal objects removed from the back of the left hand and left big toe, respectively. Chief investigator Derrel Sims of HUFON (Houston UFO Network) covered the cases and the samples were sent to National Institute of Discovery of Science (NIDS) at New Mexico Tech for analysis. The analysis included laser spectroscopy, metallurgical analysis, and examination under a scanning electron microscope, among other tests.

No obvious signs of technology were ever documented. However, the tissue surrounding the implants (while they were in place) exhibited no inflammation, a common occurrence when foreign objects are lodged in a person’s body. Additionally, the implants seemed to be connected to nerves or surrounded by nervous tissue in all the examples.

Assuming aliens are indeed abducting humans and subjecting them to emotionally and physically scarring examinations, the question of why naturally surfaces. Unfortunately, it is also the hardest to answer because we have no aliens to approach and ask.

The answer may simply be curiosity. After all, some of the examinations modern scientists conduct on animals in the wild in order to better understand them could be compared to alien abductions on humans. Modern scientists tag, mark, or attach devices to easily identify the animals in their natural environment and track them as they migrate.

Other theories include more malicious motives including genetic tempering, sexual encounters including hybrid production, cloning, and so on. Like the many other theories proposed by abductees and researchers, these theories bring us to more esoteric lines of thought and possible answers raise even more questions.