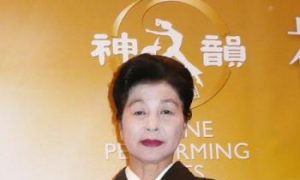 Evan Mantyk
Evan Mantyk is an English teacher in New York and President of the Society of Classical Poets.
View profile
Follow
biggersmaller
Print
Will real estate mogul Donald Trump really run for president? He flirted with the idea in 1988 and again in 2000, and is yet again putting a possible run out there into public view, delivering what was the most talked about speech of the Conservative Public Action Conference (CPAC) last week.

Officially, he says he will decide in June. If nothing else, the lifelong New Yorker has already succeeded in giving the Republican Party some much needed direction.

Just a few years ago, the Republican Party was in disarray. Both houses of Congress and the White House were controlled by Democrats. That changed somewhat when the conservative-leaning grass-roots movement, known as the Tea Party, took shape in early 2009 and when Republicans won back the House of Representatives just a few months ago.

Still, many wonder whether the Republican Party has solidified a new identity.

What is Trump's biggest issue? Is it repealing health care legislation, advancing a pro-life agenda, or protecting gun rights? None of the above. Like an afterthought, he only briefly mentioned that he is in step with Republicans' talking points at the very end of his speech.

Instead of sticking to Republican talking points, Trump said the biggest issue facing the country is a lack of leadership.

“The United States has become a whipping post for the rest of the world,” said Trump.

“Countries like China, like India, South Korea, Mexico, and OPEC nations view our leaders as weak and ineffective leaders and have repeatedly taken advantage of them to the tune of hundreds of billions of dollars a year,” said Trump, referring to trade imbalances and other international favors dished out by the United States.

The applause seemed to crescendo when Trump took on trade with China.

“We don’t have free trade, we don’t have fair trade, and I’m a fair trade believer. I love open markets, but not when China is manipulating their currency,” said Trump, referring to China’s practice of keeping its currency artificially low and then flooding the U.S. market with low-priced goods.

Earlier in his speech, Trump alluded to how he thinks the United States should deal with trade imbalances with China and other countries.

“I think raise the taxes on some of these countries that are taking advantage of the United States,” said Trump to applause.

What? Most Republican candidates and ideologues support “free trade,” which means lowering trade restrictions and letting free market and capitalist forces take over. Trump is talking about fair trade and tariffs, things supported by American unions (traditionally an enemy of the Republican Party) as well as by President Obama. In fact, Trump’s negative view on what Republicans often call "free trade" seems to be most in line with Sen. Charles Schumer—a Democrat!

The pure truth about China’s shady trade practices and unethical modus operandi and its negative effects on America are too much to deny no matter how much conservatives claim to be in love with free trade, open markets, capitalism, and limited government. Therein lies the magic of Trump. Great leadership means looking at an issue free from the ideological constraints that have previously impaired the issue.

From this perspective, the Republicans at CPAC were not giving their most animated applause for the Republican Party we know today. They were applauding a new idea of what it means to be a Republican.

The next step, which could make or break the Republicans in 2012, will be whether they can realize this idea.