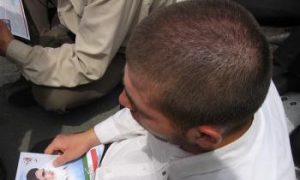 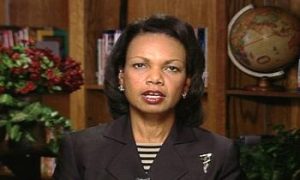 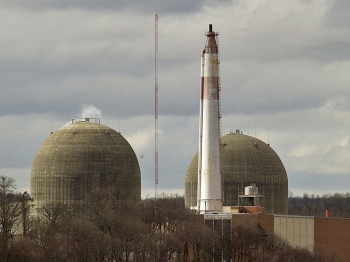 The Indian Point Nuclear Power Plant on the banks of the Hudson River in Buchanan, NY. (Don Emmert/Getty Images )
Opinion

There is no doubt in my mind that reducing our carbon footprint by cutting carbon emissions is a good thing to do. Carbon pollutes the air we breathe, giving people asthma and noticeably reducing the quality of life around areas of high emissions, like cities.

But, is our human civilization doomed to be destroyed by rising temperatures caused by our creation of this greenhouse gas? It seems unlikely, especially considering that greenhouse gas already naturally exists in far larger quantities on our planet.

Temperatures seem to be rising, but that may very well be a separate issue.

What is certain is that the doomsday rhetoric surrounding carbon emissions has become so disproportionately bloated that even more pressing environmental issues than air pollution have slipped off the radar.

I’ve written about the danger to our water supply presented by the gas industry’s use of hydraulic fracturing, but now, probably worst of them all, the environmental crisis caused by nuclear energy is now vividly unfolding in Japan.

Nuclear energy is a mysterious thing to a lot of people. Politicians love it because it creates very little carbon emissions. Some even call it “clean energy” for that reason.

What is really going on inside nuclear power plants? Basically, they are tearing apart the fabric of material existence.

They split atoms apart in uranium, which makes it extremely hot, heating water and creating steam power that turns turbines similar to how burning coal does. The turning turbines supply the electricity that flows into the light bulb as you flick a switch. But, unlike coal that stops burning, the splitting of atoms continues, essentially burning through the composition of matter itself and not stopping for thousands of years.

Meanwhile everything that comes into contact with the rods gets radiation spread to it, which in turn spreads radiation and leads to massive stockpiles of completely unusable spent fuel and equipment.

In human beings, too much radiation leads to cancer and kills. The Radiation and Public Health Project published a study in 2009 showing the rates of thyroid cancer surrounding the Indian Point nuclear plant in New York to be 66 percent higher than the national average. A sharp spike occurred in the early 1970s when the plant opened. Airborne radioactive materials from nuclear plants is the only known major cause of the disease, according to the study.

The Indian Point nuclear plant is only about 30 miles from where I live and only about 40 miles from Manhattan. The United States Nuclear Regulatory Commission (NRC) has told people within 50 miles of the nuclear crisis in Fukushima, Japan, to evacuate the area.

Worse yet, studies have found that two different earthquake fault lines cross just north of Indian Point, leading the NRC to put it at the top of a list of U.S. plants at “seismic risk.” An earthquake in the New York City area may sound farfetched, but a leading scientist at Columbia University, Won-Young Kim, just said in February that the city is overdue for a large earthquake on a roughly 100-year cycle.

Even if the earthquake hits our children and not us, there is immediately no good place to put Indian Point’s highly-radioactive spent fuel since its storage areas are already filled with spent fuel rods from the last 40 years of operation. The spent fuel is also leaking radioactive water into the ground and the Hudson River, according to Riverkeeper, a clean water advocate.

What does it all add up to? The “Three Mile Island” accident in Pennsylvania in 1979, the nuclear crisis at Chernobyl, Ukraine, in 1986, the Fukushima nuclear crisis in 2011; The pieces of a puzzle far more real and frightening than climate change seem to already be on the table. Unfortunately, they also seem to be far more ignored.