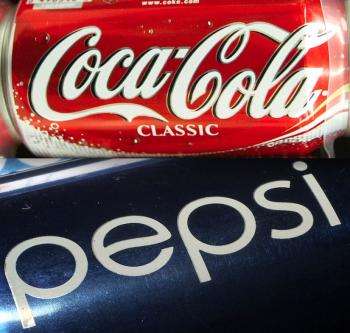 AMERICA' CHALLENGE: Choosing between the Republicans and Democrats over the Patient Protection and Affordable Care Act (PPACA) is like choosing between Coke and Pepsi. (Getty Images)
Opinion

Evan Mantyk
biggersmaller
Print
Choosing between the Republicans and Democrats over the Patient Protection and Affordable Care Act (PPACA) is like choosing between Coke and Pepsi. One is a little sweeter than the other, but that’s about all the real difference there is.

As I discussed in last week’s column, the term “health” has been inadvertently hijacked by our lawmakers. Our health, including mental health, and care for our daily health is something that exists at all times and independent of what is mostly involved in the PPACA.

America’s real health care problem will be solved when Americans themselves, not their government, insurance, or hospitals, make a shift in thinking and approach.

Where to begin on such a vast rewriting of our American consciousness?

Everyone is different. For me, I say let’s start with Coke and Pepsi. After all, in my veins, runs soda pop—well, sort of. My close relatives, the Tomaszewskis, owned the soda pop company Atlas Pop in the metropolitan Detroit area until the 1990s, when it folded. The idea of a better beverage hit an obstacle, but the spirit lives on.

The soda pop and sugary drink industry was pioneered by Americans, and now it's time for the industry to change. What was meant to be a treat, like a piece of liquid candy, has now become a staple part of the American diet.

The Center for Science in the Public Interest, a Washington-based healthy food advocate, found that the average teen male drinks three cans of soda a day and the average teen girl drinks two. And in case the side effects of consuming soda pop on a daily basis aren’t self evident enough for you, studies have linked it to obesity, diabetes, cancer, and heart disease.

Many local governments, including that of New York, have considered taxing soda pop and other sugary drinks for their effect on the public’s health and pay off burgeoning deficits. Just in November, a group led by former Federal Reserve Vice Chairman Alice Rivlin and former Republican Sen. Pete Domenici suggested a federal-level tax on these beverages to help pay off the national deficit.

Don't be confused. These wouldn't be large cigarette-style taxes on soda pop, but instead a few pennies per can. The real purpose would not be health care, it would be deficit care. Actually, if such taxes were implemented, the more soda pop you hurt your health with the better for our national deficit.

The real change begins, not when taxes are made, but when those who understand the bad effects of soda pop on a macro scale begin implementing changes on a micro scale. In other words, as long as there are soda pop vending machines on Capitol Hill, then real change isn’t happening.

If no one wants to drink Coke or Pepsi, then Coke and Pepsi will offer a new product. It begins with you and me.

Here’s what I recommend: Take a month off soda pop and sugary drinks, and anything with high-fructose corn syrup in it. Make your kids do the same. Drink 100 percent fruit or vegetable juice. If you miss the bubbly, add seltzer water.

There are already a few fruit juice pops out there for you to experiment with, including IZZE and GuS; but, don’t worry, there will be more.