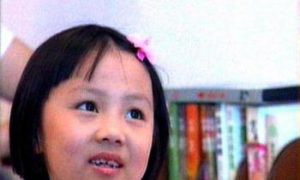 Yang Peiyi, You're Not Ugly; They Are
0 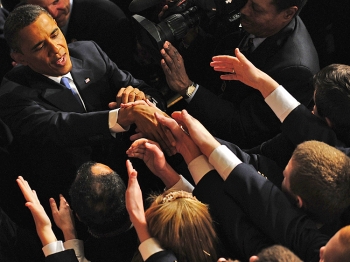 SOTU SPEECH: President Barack Obama is greeted following his State of the Union address on Jan. 25, at the Capitol. (Jim Watson/Getty Images )
Opinion

The Nor’easter: America is Better Without Earmarks

It is easy to be negative about the government. Name your issue: too much spending, not enough spending in the right places, mismanagement, corrupt officials, overreaching its boundaries, not doing the right things, and so on.

It’s important to take a step back and remember that when you look at the world today, our government is pretty spectacular. We have a fully functioning democracy, which was nothing more than a fairy tale about 250 years ago. Not only that, we have a democracy that is considered the world’s strongest nation, an unlikely idea just 100 years ago.

The freedoms that we enjoy are sought after in countries throughout the Middle East and by the world’s most populous nation and No. 2 economy, China, which is ideologically (and sometimes physically) strangled by a communist regime.

Government may not work as smoothly as we would like in a democracy, where a king or dictator can’t simply say, “My will is this, let it be done,” but things get done and change does happen for the better.

I was reminded of the greatness of our country when I was researching something from the last presidential debate between then-Sen. Barack Obama and Sen. John McCain in October 2008.

When the topic turned to reducing spending amidst the worst financial crisis since the Great Depression, McCain brought his trademark issue up: earmarks. Earmarks, also known as pork barrel spending, are those special gifts that members of Congress give to the people in their districts who give them their vote and/or money. This corrupt but widespread practice may lead to something as innocuous as the design and construction of a school sidewalk in Franklin, Texas. But then you have to consider that the sidewalk cost taxpayers $332,000, and was attached to federal legislation that had nothing to do with school sidewalks.

McCain’s list also shows how our leaders secured gifts like $1.7 million for pig odor research in Iowa, $475,000 to build a parking garage in Provo City, Utah, and $381,000 for Jazz at Lincoln Center, in New York City.

You spent my money on what?!

To his credit, McCain has never handed out such gifts to his constituents. To Obama’s discredit, McCain said in the debate that Obama obtained “$3 million for an overhead projector in a planetarium in his hometown.”

“That's not the way we cut,” said McCain.

Obama responded coolly, though noncommittally: “Earmarks account for 0.5 percent of the total federal budget. There's no doubt that the system needs reform, and there are a lot of screwy things that we end up spending money on, and they need to be eliminated. But it's not going to solve the problem.”

Unfortunately, President Obama never got around to working on that reform in his first two years of office. Meanwhile, earmarks continued eating away at the moral integrity of our country.

Perhaps it was the Republicans breathing down his neck from their election victory a few months before, but in 2011, Obama realized that the corrupt practice of earmarks that he had tolerated so far would need to be put on the chopping block.

“Because the American people deserve to know that special interests aren’t larding up legislation with pet projects, both parties in Congress should know this: If a bill comes to my desk with earmarks inside, I will veto it. I will veto it,” said Obama in his State of the Union speech in January.

I can hear the applause now. And that is the gorgeous music that our democratic system and the American government make, one humble president at a time.