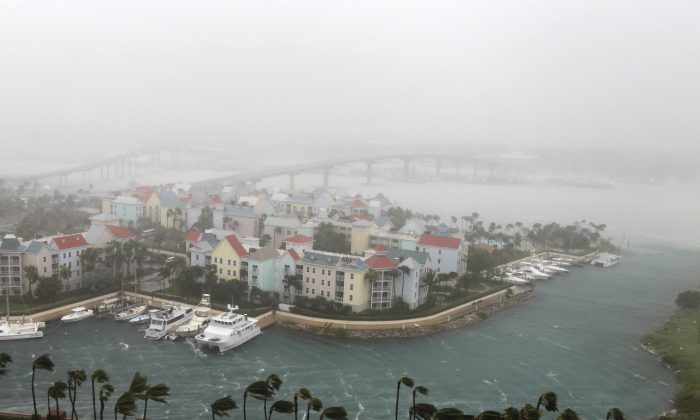 The Newest Chinese Naval Base Is in … the Bahamas

‘Where are the Americans?’

My first memory of the Bahamas was a wonderful family trip there in 1980. I remember beautiful beaches, conch shells, and remnants of the very recently departed British Empire. My parents also let us ride around on mopeds, wearing no helmets, while we weren’t even old enough to have drivers’ licenses in America.

The British Colonial Hilton, where we stayed (sounds impressive, but we were a family of modest means, and I think it was a Best Western affiliate at the time and we all crammed into one room), was the nicest hotel we had ever stayed in.

Curiously, the hotel is now owned by China Construction America and has chosen to depart the Hilton system.

Even more curiously, the hotel complex is across the street from the U.S. Embassy. Coincidence, I’m sure.

In more recent times—November 2019—we took a Disney cruise to the Bahamas. It was a beautiful cruise. We especially loved the mini nation-state of Castaway Cay operated by Disney with the blessing of the government of the Bahamas.

Whatever you think of Disney’s current woke behavior, it was a memorable time in a pre-virus America—things were good, and Trump was president. Most impressive was the skipper’s ability to stop and then back-in park a 100,000-ton cruise liner without any assistance from a tug. A global positioning system, linked to a navigation system, can do wonders.

Not well known is that there’s also a very important U.S. Navy facility in the Bahamas. It carries the inauspicious name of the Atlantic Undersea Test and Evaluation Center (AUTEC) and serves several purposes. It’s where the United States, the UK, and other strategic partners send their submarines for research, testing, and preparation for actual combat patrols. I’m not going to go into any more detail, but it’s an important facility.

There’s also this curious interest in the Bahamas by this little Chinese company called Huawei. They, in essence, provide the entire telecommunications infrastructure for the Caribbean island nation.

That’s very convenient, especially when the extensive data generated by AUTEC must travel the same network for certain parts of its journey. I’m sure our ones and zeros receive no more special attention than anyone else’s ones and zeros during the transit of the data.

Again, like the Chinese-owned hotel across from the American Embassy, I’m sure it’s all a coincidence.

Bahamians Ask ‘Where Are the Americans?’

Whether it be the streets of Baghdad, Bosnia, Taiwan, or any other place I’ve worked and served, I like to ask the local population what’s on their minds. On the streets of Nassau, Bahamas, the simple question on the mind of the locals is, “Where are the Americans?” The second thing on the minds of Bahamians is a dislike of the heavy-handed Chinese presence.

Twice, Bahamians pointed at the hotel where I had stayed as a child 40 years earlier and said, “They are the problem,” referring to the Chinese ownership of the hotel and the expanding Chinese footprint.

Many seemed to fondly remember or look back to the days of British Rule. With the departure of the British, corruption took over, and soon mated with Chinese influence operations.

US Fails to Deploy an Actual Ambassador

One thing I did when I returned from the 2019 trip was to review the status and background of the U.S. ambassador to the Bahamas. Ambassadors and their staffs are the “face of the United States” to these countries and are the defining and decisive instrument of national power to assert U.S. interests.

Unfortunately, there hasn’t been an American ambassador to the Bahamas since 2011, and it’s been spotty since the independence of the Bahamas in 1973. What we have in the Bahamas is a “chargé d’affaires.”

A chargé d’affaires is nice, but it’s a major statement that the United States is bored and uninterested in the country and is unwilling to post an ambassador.

I’ve met with several ambassadors and chargé d’affaires while visiting or working in these countries in my government role, who were very unimpressive and acted “woke,” before being “woke” was a thing. Several times, I had to restrain myself when an ambassador would make demeaning comments about America in front of our foreign partners.

There’s a difference between transparency and the ability for minor self-deprecating humor to build relationships, and woke pandering. Foreign nationals aren’t impressed by the latter.

I’ve noticed a deficit of dedicated U.S. ambassadors in many locations—Panama, and the various South Pacific island republics, for example. And even when we do have an ambassador, they don’t appear to be asserting American interests.

The Chinese are aggressively occupying the Bahamas, which is essentially the closest sovereign country to the contiguous United States that doesn’t share a land border. The United States needs a dedicated ambassador there fast: one who unashamedly puts U.S. interests first and is willing to help the country actively respond to the Chinese occupation forces.