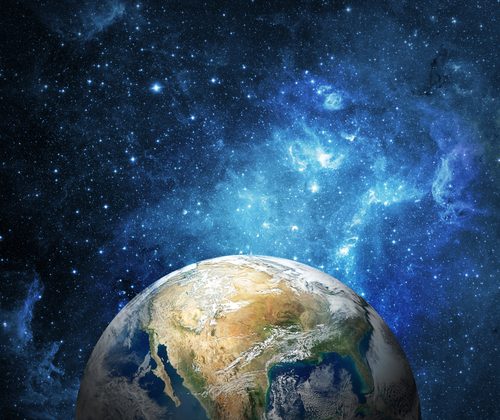 Once limited to publicly funded government projects, space travel and exploration is increasingly open to private companies. Space tourism, mining asteroids, exploiting other space resources, and building space settlements are among the potentially profitable endeavors on the horizon. (NASA)
Good to Know

Retired astronaut Tom Jones told Epoch Times in an interview in November: “NASA has plans to grab a nearby asteroid and bring it close to the moon so astronauts on the new Orion spaceship can see that asteroid up close and learn how to make rocket fuel from the water on those bodies.”

Jones is enthusiastic about the privatization of space travel, saying the profits will spin off enough tax money to fund further exploration and more people will get to experience the wonders of space.

“I think how we are going to pay for the future exploration of the rest of the solar system is via economic development in space,” he said.

Illustration of asteroids via Shutterstock

Space is a Tax-Payers’ ‘Money Pit’

“Space is, from a government’s point of view, simply a money pit.”

Last year, SpaceX became the first private company to transport cargo to the International Space Station. To demonstrate the lowered costs, SpaceX has said it can transport an astronaut to the Space Station for $20 million compared to $70 million for a trip on Russia’s Soyuz rocket, reported The Guardian.

SpaceX charged about $60 million. A French company founded in the 198os, Arianespace, charges about $260 million for the same service, according to Popular Mechanics.

SES Chief Technology Officer Martin Malliwell told Discovery News: “This is really rocking the industry… Everybody is going to have to look to their cost base and are going to have to change their attitude.”

Currently SpaceX is developing reusable rockets that can return to Earth without burning up in the atmosphere. If successful, the price of a mission could be cut to $200,000.

SpaceX President Gwynne Shotwell told Discovery News: “Competition is … great for organizations. It keeps them sharp, it keeps people motivated, so this is all a good thing.”

Jones highlights the dual benefits of providing people with “that sense of freedom that you get in free fall,” and the wealth generated by space tourism.

“Making space widely available as a personal experience, and using that access to space to industrialize and build industrial parks and build an economy in space is going to be really a key to the growth of our economic success in the 21st century,” he said.

“Imagine tapping into the wealth that’s on the asteroids. We have limited resources on earth but there are limitless resources out in space, and once we get those in our grasps, humanity is going to be free from competition on earth for limited resources… it’s really the key to the future.”

Jones believes ongoing developments in technology and engineering in space will help solve problems on Earth. It could help in the development of life support systems, for example, or water purification, recycling, and telemedicine.

“We need these highly trained people on our workforce to be economically competitive, and those same people can solve the problems back here that face us.”

Illustration of Mars via Shutterstock

SpaceX founder Elon Musk has his sights set on settling Mars, and plans to use the approximately $4 billion in contracts it has lined up for customers such as NASA toward that end.

The Dutch non-profit organization Mars One is offering four people a one-way ticket to Mars in 2023. More than 200 thousand people have applied to be the first settlers. A global reality TV show to document the astronaut selection process and the settlement’s first years on Mars will fund the $6-billion trip, with support from the project’s parent for-profit company Interplanetary Media group.

For those who are not keen to spend the rest of their lives on Mars but still want to experience space, Virgin Galactic offers commercial sub-orbital spaceflights. More than 600 people have signed up.

The first commercial flight is expected in 2014. Virgin Galactic said the flights will enable researchers to conduct research in unique extended microgravity environments, and provide space tourists with a unique space experience.

A model of the Virgin Galactic, the world’s first commercial spaceline, is displayed at the Farnborough International Airshow in Hampshire, southern England, on July 11, 2012. (Adrian Dennis/AFP/GettyImages)