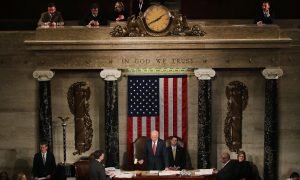 The Origins of the Electoral College
0 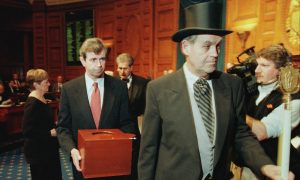 The Evolution of the Electoral College
0 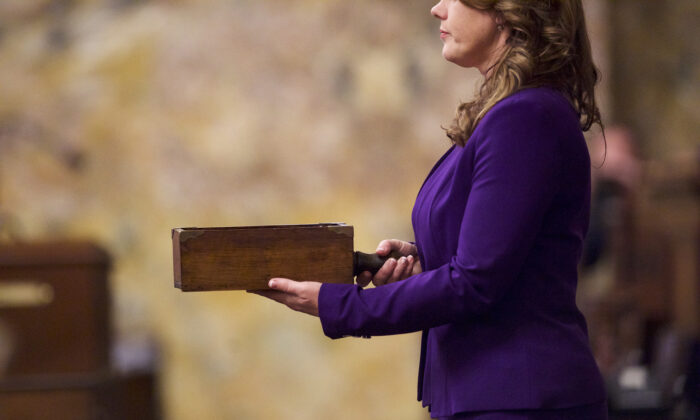 An aide holds the ballot box before electors cast their election ballots in the House of Representatives chamber within the Pennsylvania Capitol building in Harrisburg, Penn., on Dec. 19, 2016. (Mark Makela/Getty Images)
Viewpoints

The Electoral College is probably the least understood and appreciated element of the United States’ constitutional order. Proposals to eliminate it have been offered many hundreds of times in American history, but none have succeeded.

After the election of President George W. Bush in 2000, the abolition of the Electoral College became a renewed cause of progressives, and after President Donald Trump’s win in 2016, it became one of their favorite talking points.

Conservatives for Yes on National Popular Vote seems to have formed in the past few weeks, and they brought their mission to the recent meeting of the Conservative Political Action Conference (CPAC).

Their website contains no information as to who is behind the organization or how it is being funded. In fact, the entire site contains less than a dozen sentences outlining their argument, and they offer links to six op-eds, which seem to have been written by professional political consultants, the most well-known being former Republican Party Chairman Michael Steele.

This all makes the organization look like it might be a simple PR stunt trying to put a more bipartisan spin on what has been a thoroughly partisan movement.

They are promoting the National Popular Vote movement, which has been conducting a state-by-state campaign to get state legislators to agree to give away their state’s Electoral College votes to the winner of the national popular vote, no matter how their own people actually vote in the presidential election.

So far, the movement has found traction in 15 states and the District of Columbia, all thoroughly Democratic, so it shouldn’t be surprising that that organization seeks to put more of a bipartisan spin on their efforts.

Since they offer no serious analysis, studies, or arguments on their website, it’s difficult to evaluate where they’re coming from. Reading the editorials they link to, however, we can at least evaluate the claims they choose to promote.

Taking Power From the States

Realizing the radicalism inherent in their plan to change the way we elect presidents, they seem to want to shy away from the mantle of being full abolitionists. They claim the National Popular Vote plan won’t eliminate the Electoral College but will only use it to achieve a national popular vote. In reality, they seek to use the Electoral College to eliminate itself in all but name.

The Electoral College was established on the principle of state decision-making. Where every state has the right to allocate their votes as they wish, to give them to a national popular vote winner eliminates the central component of our system—state-based selection. To set aside the preference of their own state is to enshrine a national vote where there was never intended to be one and where there is none even today, constitutionally or legally.

So, let’s not have any more of the “we are not abolishing the Electoral College” nonsense.

Second, their core argument is that Republicans would be better off if we eliminated the Electoral College and empowered a single national majority. While their claim is obviously to persuade Republicans to back the reform for partisan reasons, we should never make sweeping national reforms on such a basis.

The Democrats are wrong to argue for the elimination of the Electoral College based on partisan concerns, and these Republicans are equally wrong in promoting it on the basis of their own partisanship. Let’s talk about what’s good for the country, not what’s good for one party and its agenda.

The argument that the elimination of the Electoral College will be better for Republicans is also fatally flawed. First, conservatives should always look to history first rather than hypothesize about the future and make reforms based on such speculation.

We know the current system gives us competitive elections and has done so for generations. The fact that the current system has made almost every non-incumbent election very competitive, and most of the time leads to wins by the opposition party, is of immense importance to our political system.

Second, they seem to assume that candidates will rush to compete for votes in rural and small state America. The evidence is just not there for such an assumption. Without even trying, Hillary Clinton won more than 1.6 million more votes than did Donald Trump just in Los Angeles County alone. That’s a bigger margin than Trump was able to garner in his victories in Pennsylvania, Ohio, Minnesota, North Carolina, Iowa, Michigan, Florida, Georgia, Wisconsin, and South Carolina combined.

What candidate will spend the time and money scrapping for the votes of rural America when he or she can just sit down in major urban centers and run up the score?

They also don’t deal with the other potential effects of a single national popular vote. When you change the game from winning entire states and an absolute Electoral College majority to just winning one more vote nationally than the next person, you change everything.

Will the two-party system splinter into three, four, five ideological parties? Will we require an absolute majority of the popular vote? Or will a plurality of, say, 40 percent be enough? Remember, in 1992, Bill Clinton won the presidency with just 43 percent of the popular vote in a three-person race. Or, in a four-person race, will 30 percent be enough? If those margins are too low, will we have to institute run-off elections?

These activists have aligned themselves with the National Popular Vote movement and are trying to convince conservatives to join that cause. Rather than this state-by-state subversion of the system, let’s have a real national debate on the merits of the current process and the challenges that will arise with another.

If the change is worth amending the Constitution, I’m sure we will. But it’s essential that we have a true national discussion before we do.