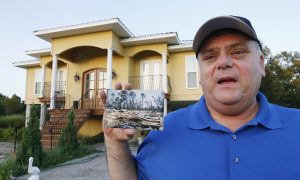 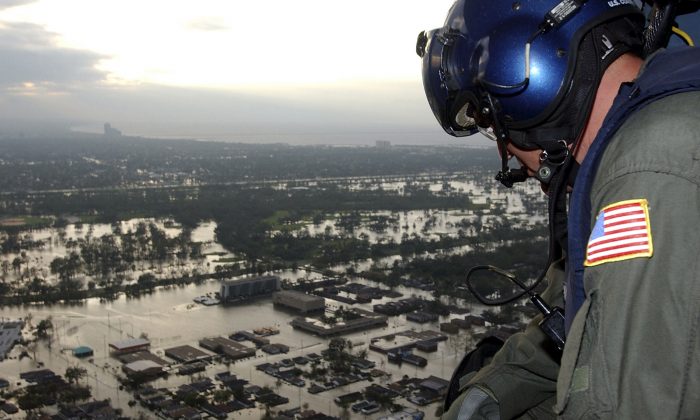 The New Orleans Class of 2015: What It Tells Us and What It Doesn’t

Hurricane Katrina led to the largest population displacement in the United States since the Dust Bowl. Over one-third of the 450,000 Louisiana and Mississippi residents displaced from their homes were children.

What happened to these children? Where did they go? What has the disaster meant in their lives?

As researchers, we have explored the impact of catastrophic events on communities and children in numerous disasters—the 9/11 attacks, Hurricane Katrina, the H1N1 pandemic, the Joplin tornado, the Deepwater Horizon oil spill, and Hurricane Sandy, among others. We believe Katrina’s impact has been among the most profound.

We believe Katrina’s impact has been among the most profound.

What Happened in Schools

Here are some of the things we know.

Katrina made landfall on Aug. 29, 2005. In the year that followed, approximately 125,000 elementary and secondary students from Louisiana and Mississippi were displaced from their homes, according to census and school enrollment data.

They and their families scattered across all 50 states. As researchers, we heard many stories of parents who held their children out of school for either some portion or all of that 2005–2006 year.

Hurricane Katrina: Then and Now Pictures

On Mississippi’s Shore, What Katrina Erased Not yet Replaced

Many were moving from trailer park to trailer park, or motel to motel, and wanted their children close to them. Some didn’t trust the local schools.

All too often, the children were labeled the “Katrina kids” and bullied or stigmatized. The children often had a hard time keeping up with their academic peers in these new schools, either because of the challenges of studying in the chaotic household and neighborhood environments in which they landed, or because they were so ill-prepared by their pre-Katrina schools.

When we surveyed a representative sample of displaced households from Louisiana and Mississippi between 2006 and 2008 and then again from 2009 to 2010 as part of “Gulf Coast Child and Family Health Study,” we found that approximately one-third of the children were too old for their grade level.

It was not unusual to hear stories of 15-year-old seventh graders, for instance.

The Missing Children in the Class of 2015

Although we have learned much in the decade since the storm, many puzzles remain.

One of the most perplexing is related to counting Katrina’s youngest survivors. To make this case, let us use the illustration of one cohort of children: the New Orleans “Class of 2015.”

According to information provided to the author by the director of vital statistics at the Louisiana Department of Health and Hospitals, there were only 3,964 seniors in that class of 2015, representing about half of that original birth cohort. And among those seniors, only about three-quarters actually graduated with their class.

These numbers are drawn from all the schools in New Orleans, including the public charter schools, the private schools, and the parochial schools.

Where Did ‘Katrina Kids’ Go?

So, what happened to these children? How many have resettled in other cities and graduated with other classes of 2015? How many have dropped out, or been left behind, or have found themselves incarcerated, or worse?

We have been tracing the recovery trajectories of the children of Katrina in several ways.

For instance, in one such study (the “Gulf Coast Child and Family Health Study”), the author and his team followed 1,079 randomly sampled households from Louisiana and Mississippi who had been displaced or greatly impacted by the storm.

For five consecutive years after Katrina, we interviewed members of these households, wherever they were.

When we last collected data from these families in 2010, only about 60 percent had found stable housing, and fewer than half had returned to their pre-Katrina neighborhoods.

At the time, we found that over one-third of the children were experiencing “serious emotional disturbance” at rates that were five times the norm.

In addition to following this large, representative group, co-author, Lori Peek and her colleague, Alice Fothergill, spent extensive time over a seven-year period with a select number of children and their families as part of an intensive, ethnographic study of the impact of disasters on children.

The individual stories that they heard reveal the depth of the challenges confronting so many of these children. The “accounting” of where they have ended up is often heartbreaking.

We were always moving around and I was never in school, but I can’t fault my mom for it or nobody else for it. It was just something that happened.
— Daniel, victim, Hurricane Katrina

Consider Daniel. He was only 12 years old at the time of the storm. After a harrowing evacuation experience in which he and his mother and baby sister were forced to wade through waist-deep flood waters, they ended up being evacuated and ultimately displaced for years after the storm.

In the decade after Katrina, Daniel and his family moved nearly a dozen times and endured homelessness. Daniel missed close to two years of school. Although he was strong and inspiring in many ways, his educational experience was seriously diminished due to the disaster and displacement.

“We were always moving around and I was never in school,” Daniel told us, “but I can’t fault my mom for it or nobody else for it. It was just something that happened.”

When Data Is Not Enough

The 10-year anniversary of the storm and the Katrina accounting is upon us. With it is the question prompted by Daniel and so many other children: were their experiences “just something that happened”?

At this moment, it is important to pause and ask: What exactly are we counting? In a world in which “what is measured, matters,” this is a defining question. Are we counting houses rebuilt, jobs or economies restored, or tax bases regained?

What exactly are we counting? In a world in which ‘what is measured, matters,’ this is a defining question.

Or are we interested in the restoration of social and psychological states: a sense of community, normalcy, and daily routines? How do we account for children’s recovery, in particular?

School enrollment data and graduation rates represent two important measures of recovery. They are not sufficient, however, as these rates are “fixed in place.”

They only measure a group of students at a specific location and specific time. They reveal nothing regarding what happened to the children who did not return, to those who dropped out or were otherwise pushed out of school.

We firmly believe that when we consider children’s recovery, we must assemble the numbers, but also paint a more nuanced portrait that allows us to think carefully about children’s stability and opportunity for growth in terms of their personal, social, economic, and educational trajectories.

Katrina still ripples through many children’s lives, and we now believe we will likely see generational effects as a consequence of the disruption that so many children have endured.

If we are going to truly invest in children’s futures, we must invest in helping them recover fully from disaster.