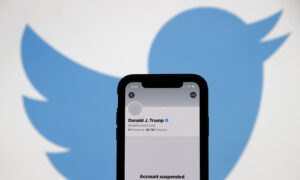 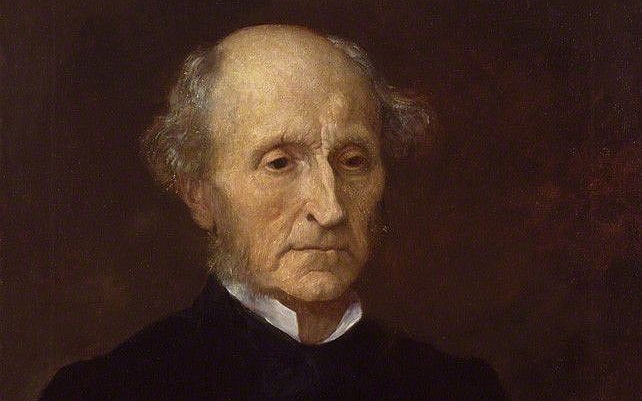 The great voice of intellectual diversity is John Stuart Mill, who wrote in “On Liberty” (1859) that uniformity of opinion in society is damaging to free speech and free thought.

Mill was a renowned liberal of the Victorian Age who argued for progressive causes throughout his career. But he understood well the complacency and blindness that set in when people go through their lives without facing challenges to their outlooks, and that included challenges from the right.

Suppression of unpopular opinion without giving it a chance to be fairly heard harms everyone, he insisted. Yes, those unfortunate people adhering to a belief that society won’t admit into the public square suffer a direct injury—their pamphlets seized, employment denied, prosecution, and so forth—but that suppression injures everyone else as well.

Here’s how Mill put it:

“But the peculiar evil of silencing the expression of an opinion is, that it is robbing the human race; posterity as well as the existing generation; those who dissent from the opinion, still more than those who hold it. If the opinion is right, they are deprived of the opportunity of exchanging error for truth; if wrong, they lose, what is almost as great a benefit, the clearer perception and livelier impression of truth, produced by its collision with error.”

In other words, even false beliefs have a positive effect: The process of debate clarifies and strengthens the true belief that opposes it. In an open society with institutions that ensure free and fair forensics, truth will overcome error, and the exertion makes that truth all the more secure. Give all sides a chance to explain themselves and the superior ones will advance—that’s Mill’s hypothesis.

There’s an important premise about truth in his words, and it’s central to liberalism: Truth needs exercise, a good workout now and then. Without such challenges, truth decays; turns into a habit, a routine; and becomes flabby and lazy, a thoughtless dogma that fails to keep up with changing times. It isn’t that the truth becomes false, though that can certainly happen in a swiftly developing society. Rather, it’s that people applying that truth do so in an unreflective way, crudely and indiscriminately. They grow smug. They come to prefer blunt affirmation of what they already believe to the contest that proves the rightness of what they believe. And why shouldn’t they, given the universal fallibility of human beings (Mill highlights this) and the absence of reasons for those putative truth-tellers to be a little circumspect in their assertions—that is, the absence of contrary opinions.

Keep that tendency in mind as you look at this Wall Street Journal story on a sorry trend in trade book publishing. The story has the title “New Book Publisher Caters to Conservative Voices It Says Are Being Silenced,” and it spotlights a few incidents at Simon & Schuster in which employees at the publishing house demanded that certain book deals be canceled. After Simon & Schuster ended its plans to publish Republican Sen. Josh Hawley’s “The Tyranny of Big Tech”—which was picked up by Regnery—a petition circulated insisting that the publisher also cancel its book deal with former Vice President Mike Pence. The petition eventually collected hundreds of signatures, though CEO Jonathan Karp eventually rejected the demands.

This isn’t the only case of workers in publishing targeting conservatives, of course. The Wall Street Journal story doesn’t mention it, but in November 2020, employees at Penguin Random House Canada confronted company executives over their plans to publish Jordan Peterson’s new book “Beyond Order: 12 More Rules for Life.” There was weeping in the room, it was reported, and a lot of accusations—Peterson was labeled “an icon of white supremacy.” Nobody expected the book to lose money; commerce had nothing to do with it. This was a workers’ revolt with solely a moral motive.

What was missing at Penguin and in the anti-Pence petition was precisely what Mill called for in “On Liberty”: a reasoned, open discussion of the merits of the case. The petition declared that if Simon & Schuster proceeded with the book deal, the publisher would commit an act of “legitimizing bigotry.” That term is a telling choice.

So is another word that employees at Simon & Schuster used when explaining their petition to Wall Street Journal reporters: they “say they aren’t targeting all Republican or conservative books, but rather those specifically from Trump administration officials, whose behavior they say shouldn’t be normalized.” The keyword in that explanation is the last one, normalized. It pairs nicely with legitimizing. Do you see what those words signify relative to Mill’s marketplace of ideas and a lively public square?

If an attitude or belief isn’t legitimate, it isn’t up for debate. It doesn’t deserve consideration. It doesn’t belong in the public square. It’s been excluded before the colloquy has even begun. If it were allowed entrance into the public square, though it were ruled out after due examination and discussion, it would still tarnish all the other attitudes and beliefs in that discussion space that do belong there—that are legitimate. That’s what the petitioners believe. The “woke” workers speak as if the Pence book deal will poison the whole field of proper opinion, not just the Simon & Schuster brand.

The criterion “normal” is even more vigilant. Illegitimacy is one thing; abnormality is worse. The label has overtones of mental illness and of moral perversion. It takes the entire issue off the agenda. It keeps those fringe characters who purvey the abnormality out of the room. They, too, are abnormal, and you don’t debate with cretins and perverts. No intellectual contest takes place.

This is the woke sensibility in action. The public square it heralds and monitors is smaller than anything we’ve seen in a long time, and it has fewer admittees. The workers in trade publishing, the activists on college campuses calling for anti-racism and tighter speech codes, marchers in the streets, millennials calling for more boycotts and cancellations: They are the new gatekeepers. Those loaded terms legitimacy and normalize signal a different forensic, illiberal and unscientific. The woke have replaced truth and falsity with normal and abnormal. They have declared themselves the arbiters of what counts as legitimate and what doesn’t.

The fact that Pence drew 70-plus million votes in November 2020 doesn’t impress them one bit. Rather, it prods them to stricter controls. They believe they’re fighting a good fight, and the number of Americans willing to support what they consider immoral, unjust practices and individuals doesn’t cause them to reflect on their censorship. No, it exhorts them to stronger tactics, and it also gives them the cachet of the noble warrior as well. They aren’t going to back off any time soon.