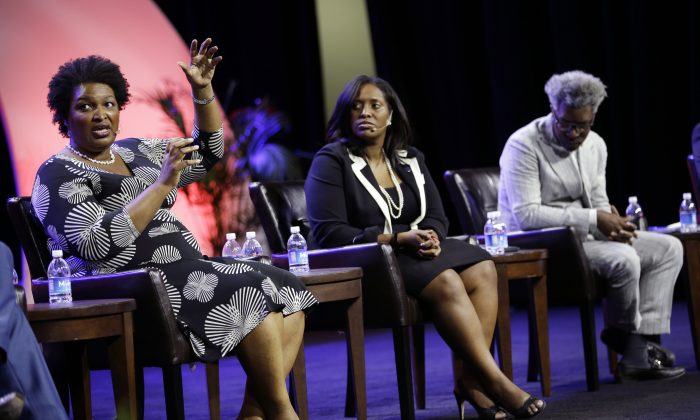 The NAACP and The 21st Century

It’s July. I’m in Las Vegas. The temperature is beyond hot, and the wind feels like the air from a blow dryer. The local forecast is predicting temperatures in the 100s for the remainder of the week. Las Vegas is a city that demands attention. The lights, the tall buildings peaking above a seemingly visible heat wave, and the ever-present billboards promise entertainment and a brief deviation from the demands of life’s routine.

I am not in Vegas for the shows or the gambling, although, I did try my luck on a slot machine and lost all of my $5 investment. I am one of hundreds of members attending the NAACP’s 105th Annual Convention.

As I listened, I wanted someone to tackle the elephant in the room. That is, I anticipated a proactive approach to the increasing critique about the relevancy of the NAACP and other civil rights organizations. The election of President Obama has been viewed by many as a culmination of all that the NAACP and others fought so hard to achieve.

That is, we have evolved. Thanks to the successful efforts of the NAACP in removing racial barriers, all Americans now enjoy a society of inclusion and opportunity. It is probable that many people of color voted in that historic presidential election without the benefit of any meaningful historical connection or substantive knowledge of the struggles and victories of the NAACP.

Nonetheless, during the presidential election, black Americans, cloaked with the full armor of all that the NACCP fought to achieve, still embraced and celebrated the franchise. The fact that people of color may now avail themselves of the full benefits of citizenship, begs the question of what space does the NAACP occupy in the 21st century?

I personally don’t subscribe to any notion that an entity’s significance and continued existence should be exclusively measured by some current cultural barometer. If one subscribes to a theory that past successes should be the standard in determining the current value of an organization, this formula would, necessarily, led to an absurd result.

By way of example, organizations created to ensure that women were allowed to vote and have full participation in American society should now be eliminated because women have the right to vote and enjoy career opportunities unavailable to them in the past.

Notwithstanding my personal views, I am familiar with the criticism, unfounded or not, that the NAACP is no longer relevant, and I wanted its leaders to address this issue.

When the press conference allowed for questions, I took advantage of the opportunity and posed the issue of the NAACP’s relevancy to Brooks. He said “most of the gains America has made over the course of the past 100 years speak to our democratic values. [The] gains speak to who we are as country, and to our aspirations and ambitions as a nation. [These] gains are a direct consequence of the advocacy of the NAACP.” He further delineated in his response specific examples of how the advocacy of the NAACP resulted in the positive transformation of America.

However, it was his final comments that, I believe, addressed the issue succinctly, and resonated with the attendees. In essence, he said “…our relevancy is in our history, the needs of the present and the call of the future.”

After the press conference, I learned that Vice President Joe Biden was scheduled to attend the conference, and a number of high profiled individuals were scheduled to speak including Senate Majority Leader Harry Reid, Sixth Circuit U.S. Court of Appeals Judge Bernice Bouie Donald, National Bar Association President Pat Rosier, prominent civil rights attorney Elaine R. Jones, the Mayor of Sacramento California, Kevin Johnson, and syndicated columnist and author Roland Martin. In keeping with the Las Vegas atmosphere, and under the theme of “All In For Justice and Equality”, along with a variety of cultural events, the five-day convention is scheduled to cover a variety of issues related to education, re-segregation, voting rights, health related concerns, civic engagement, economic empowerment, and the criminal justice system.

After the press conference, I walked to a designated location to catch a shuttle bus, and I was captivated by the many young attendees interacting with seasoned foot soldiers of the civil rights movement. Their smiles and exuberance conveyed the excitement of youth and the promise of the NAACP’s future.

As I waited for the shuttle, I sat on a bench next to an elderly attendee from Florida. We chatted about the weather and eventually the convention. She told me that she was 77 years old and that she had been attending the NAACP’s annual convention since the age of 7. When I asked her what motivated her continued attendance, she simply shared that while the battles and challenges may have changed over the years the social justice mission of the NAACP remained the same. She, along with Brooks and many others, appear to share a common understanding of the NAACP. That is, the demands of social justice reduce the matter of relevancy to a non-issue.

During the first plenary session, Brooks again seized the opportunity to address any criticism about the relevancy of the NAACP by detailing the historical and current events reflecting the organization’s enduring power. In effort to silence the “wearisome and not worrisome question of the NAACP’s relevance,” he declared to the standing applause of a packed room, “Are you serious?!!”